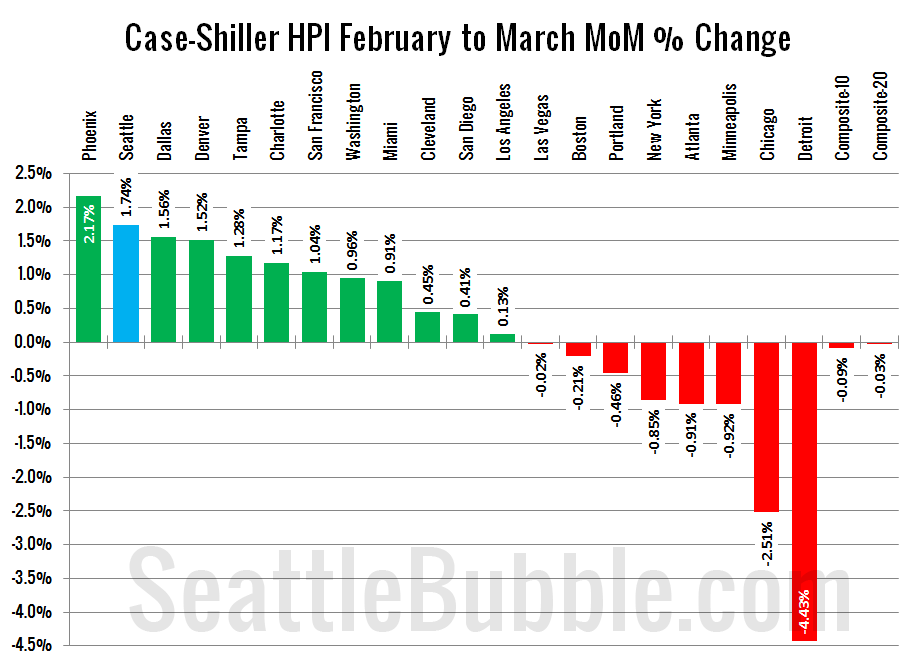 Let’s have a look at the latest data from the Case-Shiller Home Price Index. According to March data, Seattle-area home prices were:

Last year prices rose 0.1% from February to March and year-over-year prices were down 7.5%.

I stand by my prediction that we’ll likely hit year-over-year zero by April or May’s numbers. 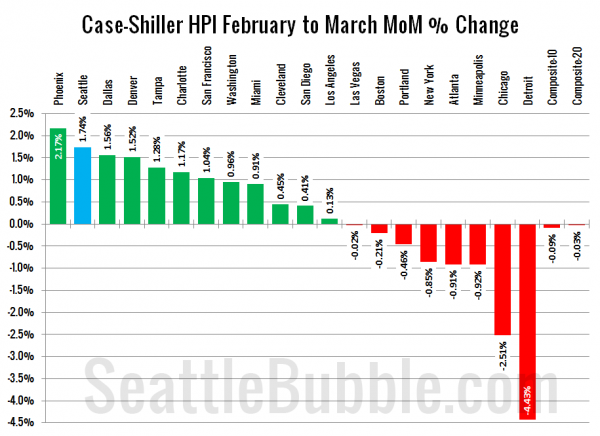 Seattle came in nearly at the top of the heap for month-over-month gains, out-performing the 20-city composite index by a wide margin.

In March, ten of the twenty Case-Shiller-tracked cities experienced smaller year-over-year drops (or saw increases) than Seattle (versus nine in February):

Here’s the interactive chart of the raw HPI for all twenty cities through March. 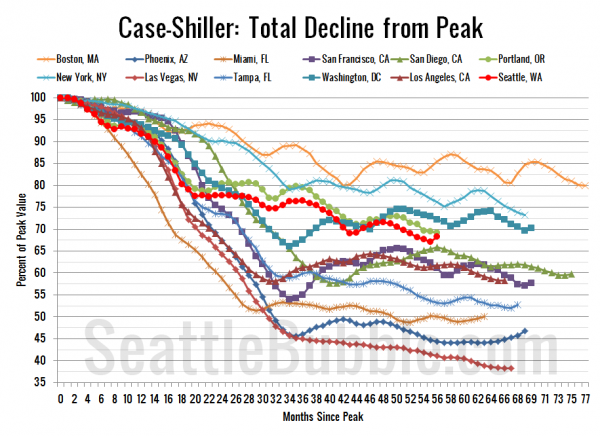 In the fifty-six months since the price peak in Seattle prices have declined 31.8%, up from last month’s post-peak low.

Lastly, let’s see just how far back Seattle’s home prices have “rewound.” So far: May 2004. 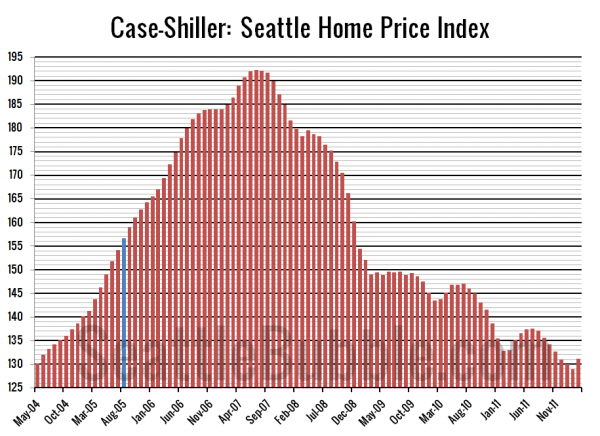