June market stats were released by the NWMLS this afternoon. First up, here’s a snippet from their press release:

June may have been cooler and wetter than normal, but weather did not seem to deter home buyers and sellers around western Washington. “Close-in Seattle neighborhoods have been experiencing the most intense buyer activity since 2006,” one broker remarked.

I feel it is worth noting that when prices were falling year after year, “bad weather” was frequently an excuse given by the NWMLS and its members for the decline.

While the press release headline touts “rising prices,” they do allude to the dramatic change in the mix of what’s selling… twelve paragraphs in:

The share of sales each month that are bank owned homes is absolutely plummeting, falling to its lowest point since May 2010. This is no doubt the primary driving force behind the dramatic increase we’ve seen in the median price over the last few months. Home prices are indeed going up, but when you account for this change the increase is much less severe. 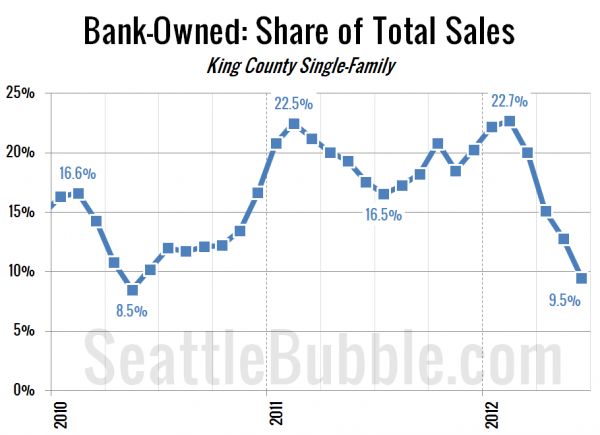 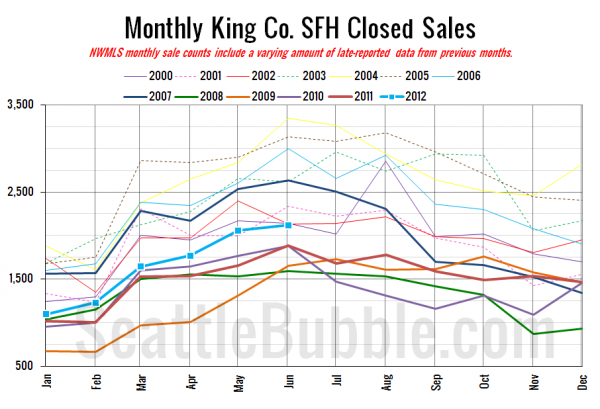 If 2012 is like most recent years, June will probably be the peak for closed sales. 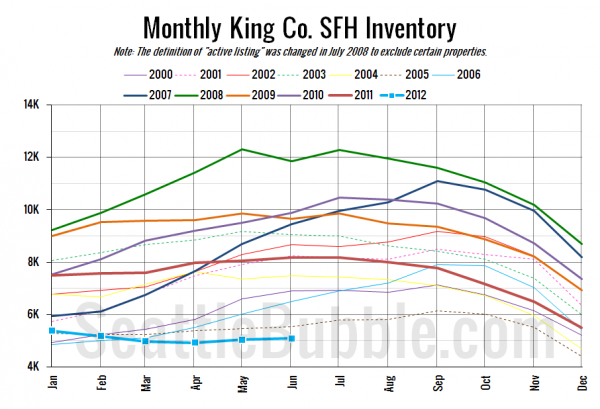 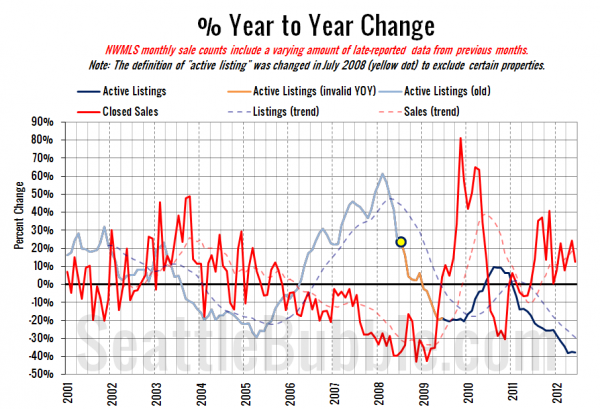 Same basic story we’ve been looking at for a year. Definitely a seller’s market as far as supply and demand goes. 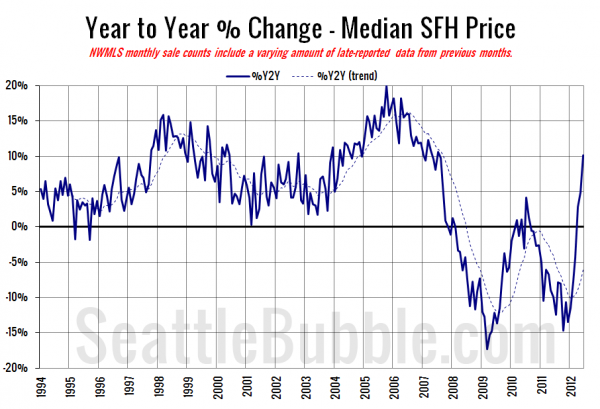 Double digits, thanks mostly to the big change in the sales mix mentioned above, with far fewer bank-owned homes selling this year than last. 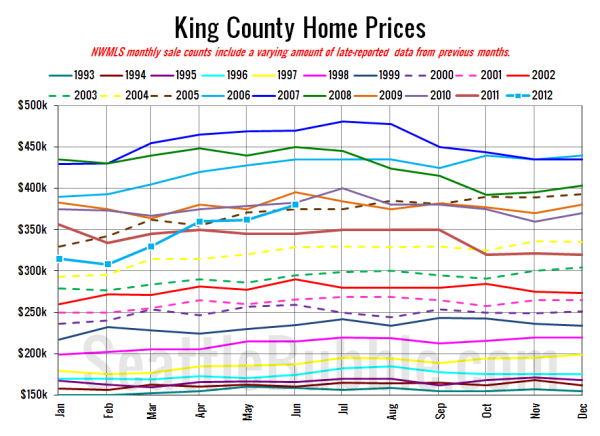