Back in April two similary-specced homes hit the market on my street in what I referred to as “The Battle of the Flippers.” As of last week, both homes have now sold, so let’s check out the results: 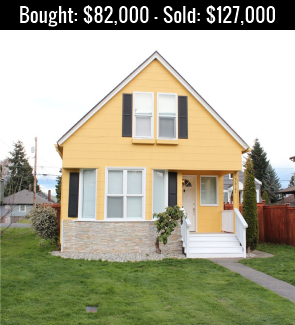 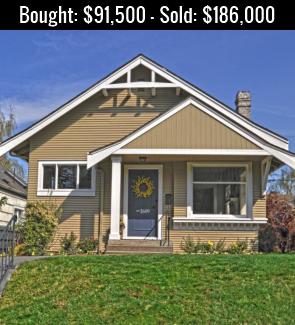 Both homes actually went pending then back on the market twice before finally snagging a buyer that would actually close. Despite this difficulty, both flippers basically got the price they were asking for at the start (100% sale to list for 3417, 98.4% for 3609).

I tried to get inside for a look at both homes while they were on the market, but only succeeded in getting a look at 3417 Wetmore, thanks to the very friendly listing agent Aaron Haack, who gave me a personal tour despite knowing up front that I had no interest in buying and just wanted to see the home so I could blog about it.

Based on my tour of 3417, I can definitely see why it was priced so much lower than the home at 3609 that was flipped by Urban Graces Design. Let’s just say that the craftsmanship on display at 3417 probably won’t be featured in Better Homes and Gardens anytime soon.

Despite the superior quality of the work at 3609 Wetmore, I’m still surprised that a home with a 21% smaller lot, 32% less square footage, fewer beds and baths, and no basement sold for just 17% less than I paid for my house two doors down a little over a year ago. Apparently quality craftsmanship plus good staging plus tight supply plus insanely low interest rates equals a surprisingly high sale price.