Let’s have a look at the latest data from the Case-Shiller Home Price Index. According to June data, Seattle-area home prices were:

Last year prices rose 0.7% from May to June and year-over-year prices were down 6.4%.

June also marks the first month since the tax credit was in play that the 10-city and 20-city composite indices turned positive year-over-year.

In June every city gained again. Seattle came in slightly below the average, flipping from slightly above the average last month but still performing better than a year ago. 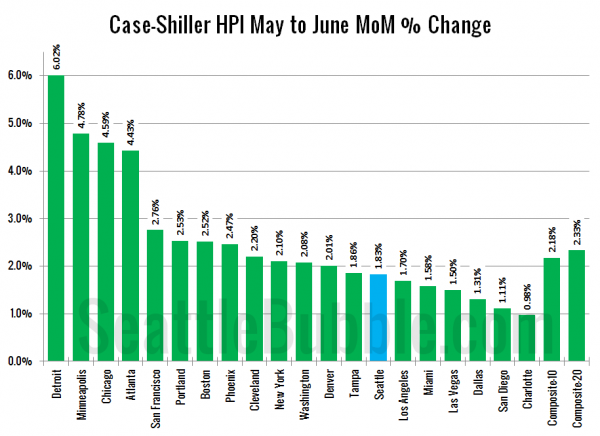 In June, ten of the twenty Case-Shiller-tracked cities gained more year-over-year than Seattle (the same number as May): 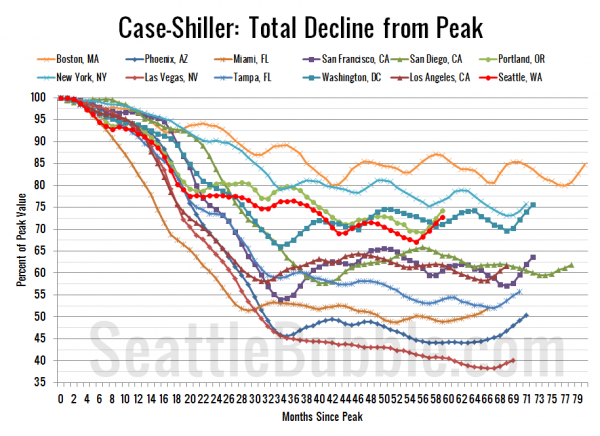 In the fifty-nine months since the price peak in Seattle prices have declined 27.3%.

Lastly, let’s see just how far back Seattle’s home prices have “rewound.” As of June: December 2004. 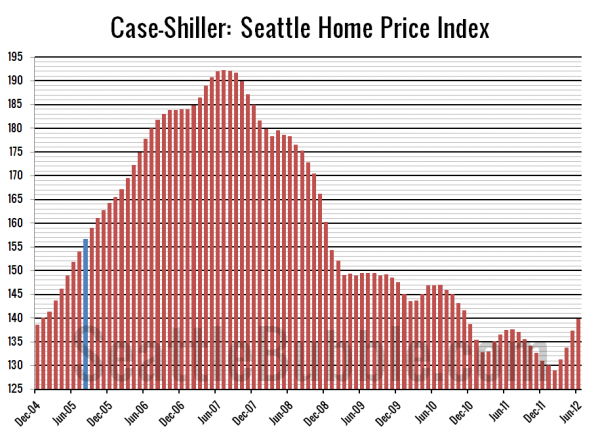