Let’s take another look at the Seattle area’s employment situation. 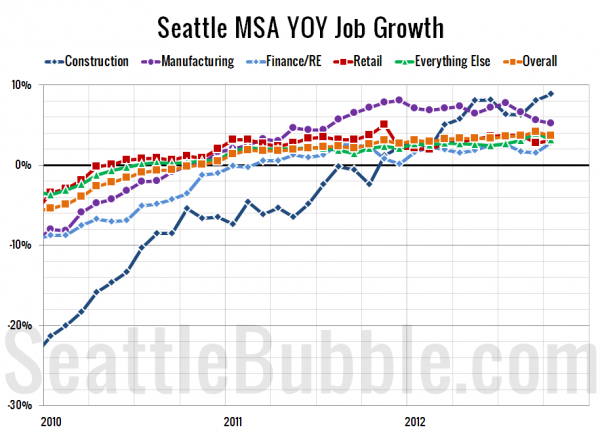 Construction continues to post bigger gains than other sectors—up 8.9% year-over-year in October, versus an overall gain of 3.6%. Manufacturing has slipped somewhat in recent months, but is still the second-best-performing sector. 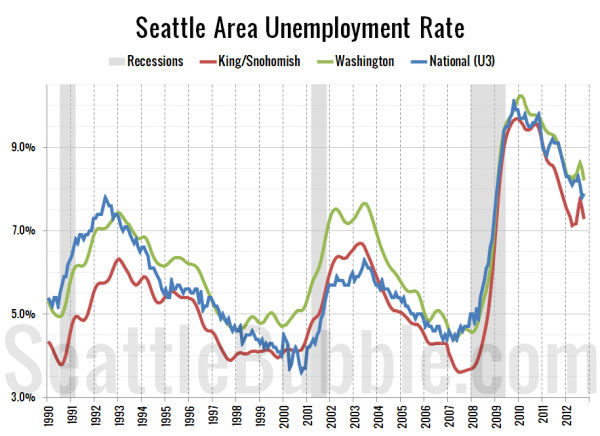 At this rate it wouldn’t be surprising to see the Seattle area get down to six percent unemployment by this time next year.