Now that November 2012 is no more, let’s have a look at our stats preview. Most of the charts below are based on broad county-wide data that is available through a simple search of King County and Snohomish County public records. If you have additional stats you’d like to see in the preview, drop a line in the comments and I’ll see what I can do. 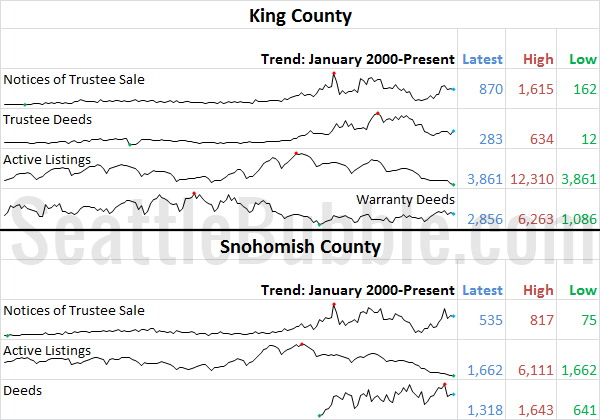 Summary: Foreclosures inched down, sales began their usual seasonal slide, and inventory hit a new low point. Hit the jump for the full suite of our usual monthly charts. 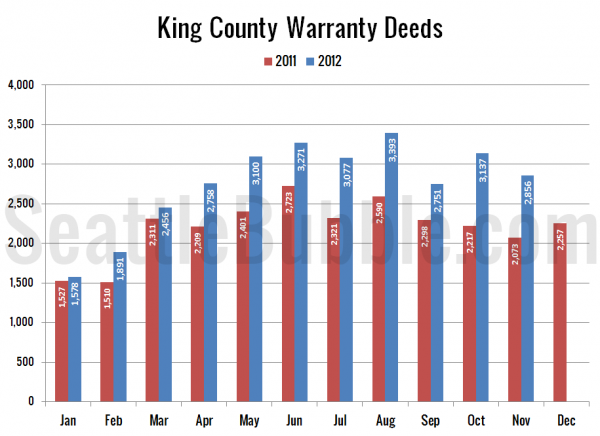 Salse in King County fell 9% from October to November, which is on par with what you would expect for this time of year. Even with the dip, November sales volume came in higher than September. 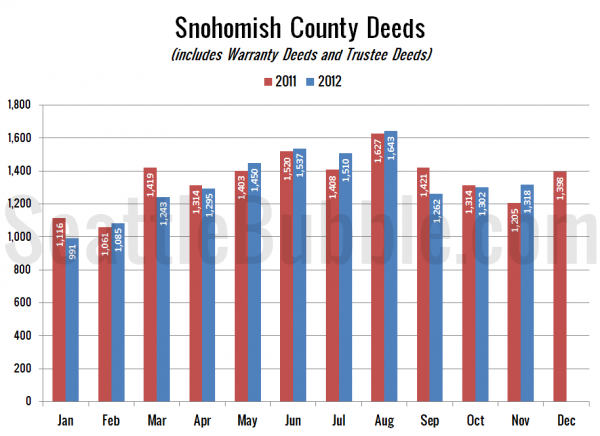 Deeds in Snohomish actually increased a bit month-over-month and came in 9.4% above last November’s level. 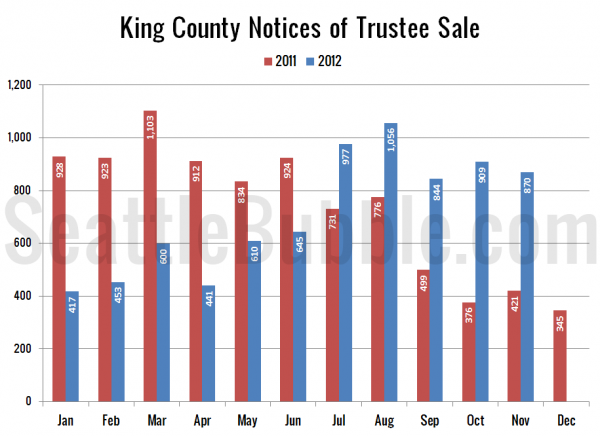 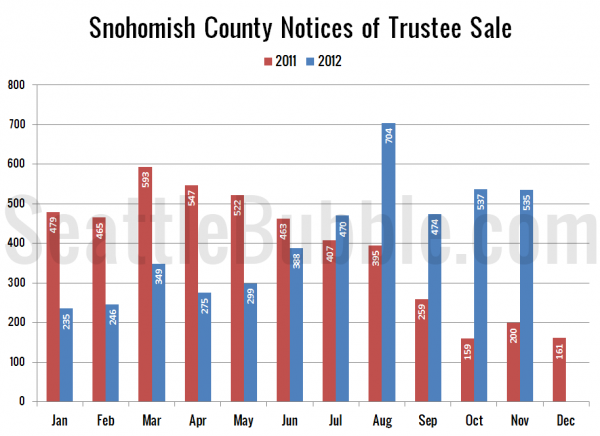 Month to month decreases in both counties, although it was barely a decline in Snohomish, where notices dropped from 537 in October to 535 in November. 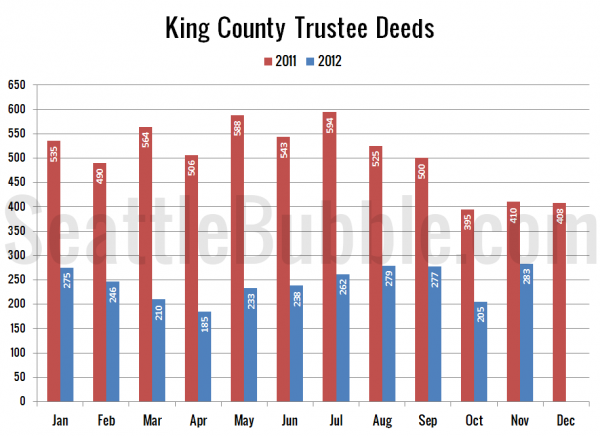 Trustee deeds moved up, hitting their highest point since last December. This spike is just what we would expect, coming a few months after the July spike in Notices of Trustee Sale. 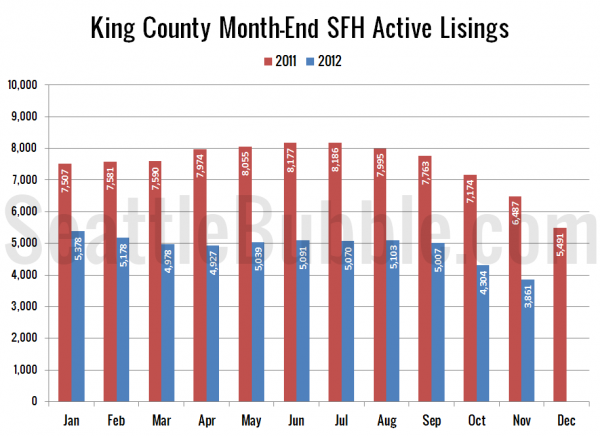 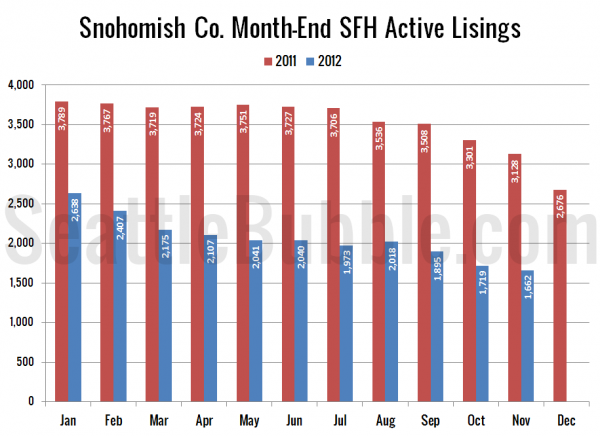 As predicted last month, November saw a new low for inventory in both counties. Expect more of the same next month.