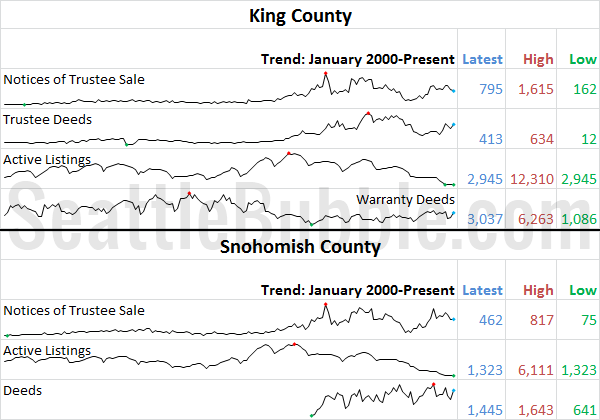 Now that March is done, and April 1 fun is done, let’s have a look at our stats preview. Most of the charts below are based on broad county-wide data that is available through a simple search of King County and Snohomish County public records. If you have additional stats you’d like to see in the preview, drop a line in the comments and I’ll see what I can do.

Summary: Foreclosures continued to fall, sales bounced up from February, and inventory might have fallen to another new low. Hit the jump for the full suite of our usual monthly charts. 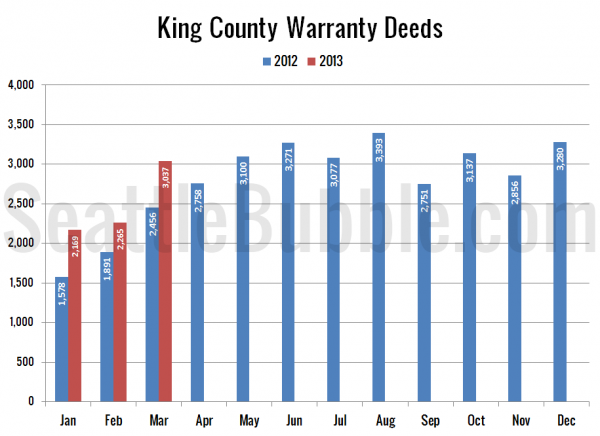 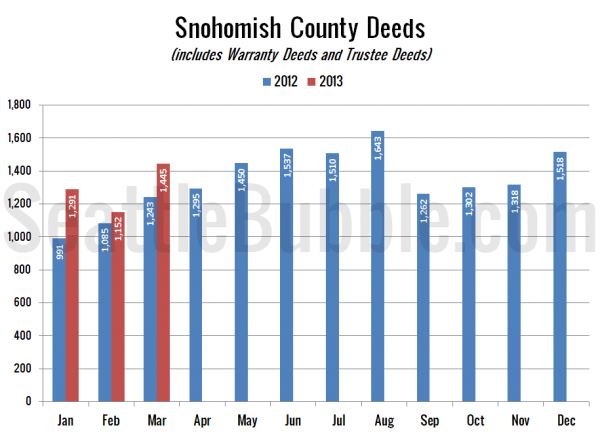 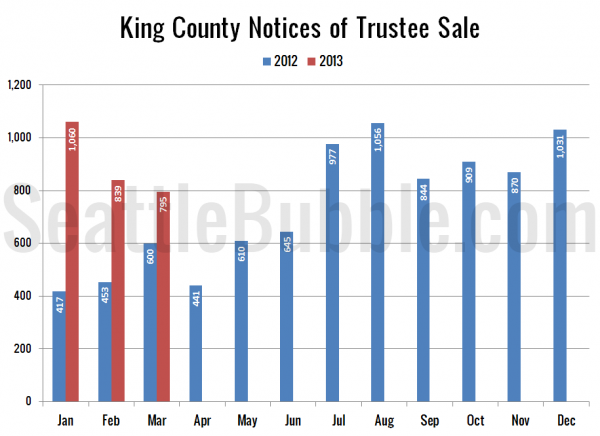 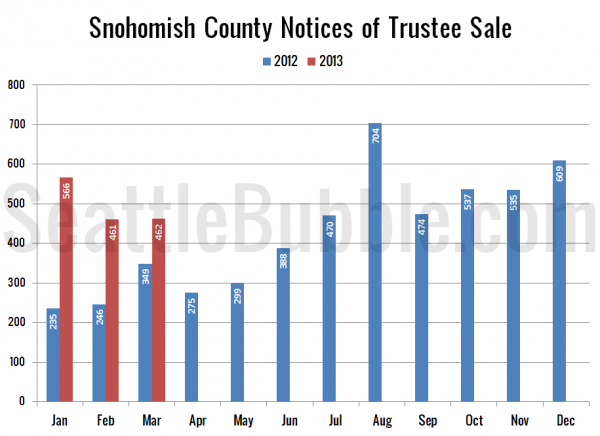 Both counties are still quite a bit higher than where they were at the same time last year, but the difference keeps shrinking, and King County fell a bit month-over-month. 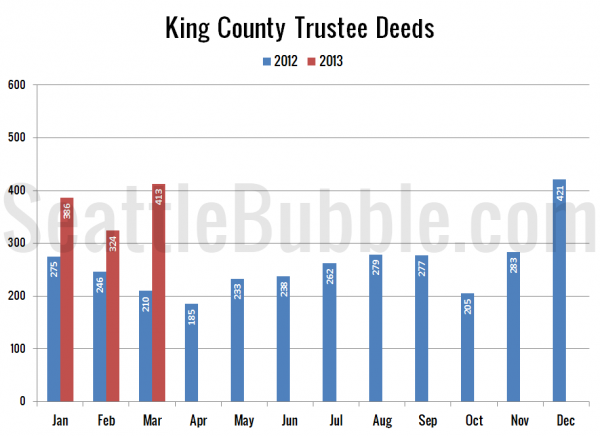 Trustee Deeds shot up month-over-month (predictable given the spike in notices back in July) and were up 96.7% from a year earlier. 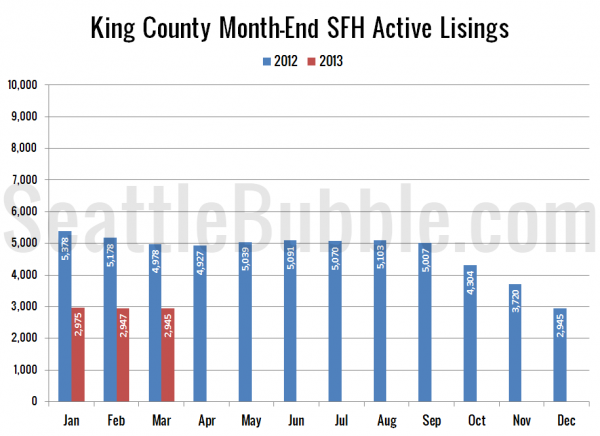 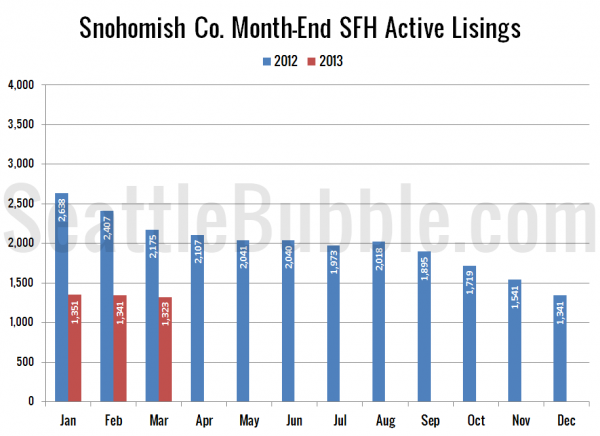 Last year King County inventory fell 3.9% between February and March. This year it fell 0.1%. Similar story in Snohomish County, where listings fell 1.3% from February to March, not nearly as much as last year’s 9.6% drop.