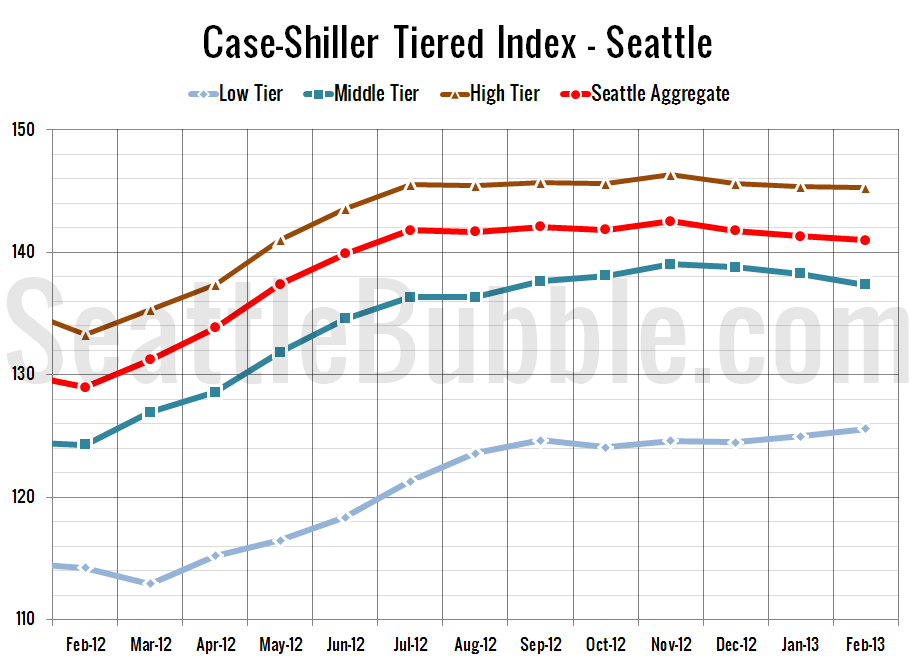 First up is the straight graph of the index from January 2000 through February 2013. 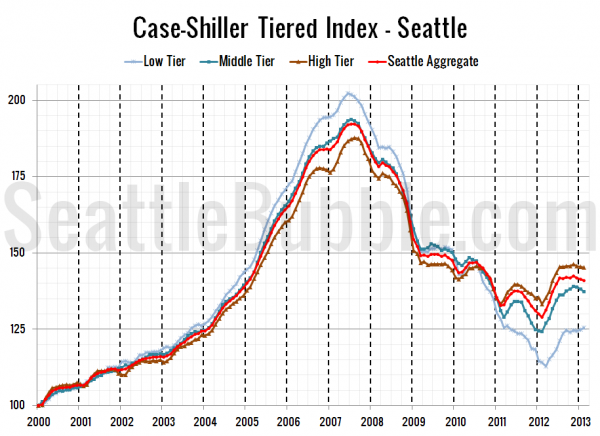 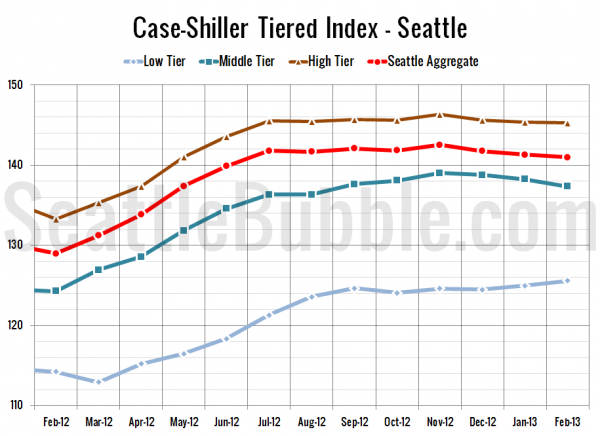 Here’s a chart of the year-over-year change in the index from January 2003 through February 2013. 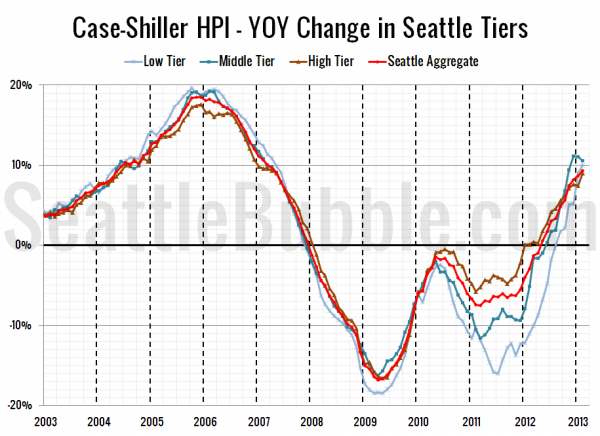 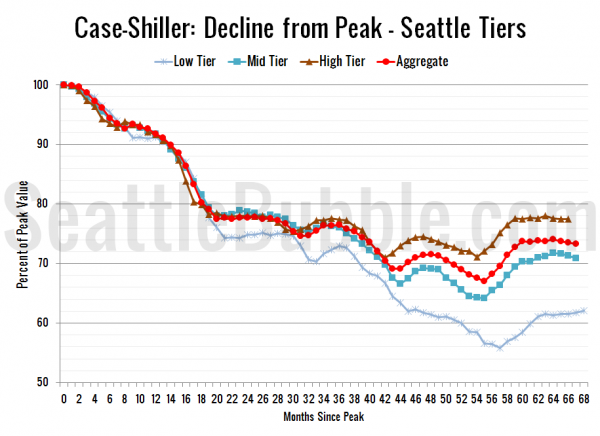