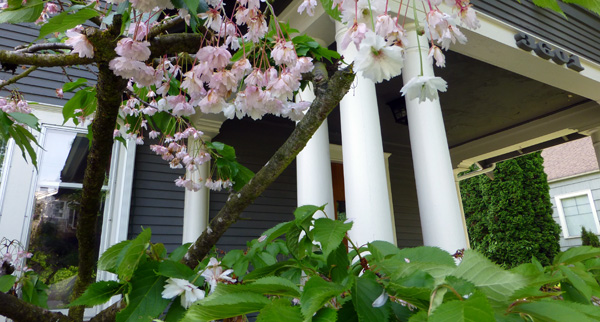 With two full years of home ownership/debtorship now behind me as of today, it’s time to share some more highlights, stats, and thoughts from year two.

First up, the financial highlights from the first two years:

You may notice that the balance between how much principal and interest was paid on our mortgage changed dramatically between year one and year two. That’s thanks to a refinance we did last June at the prompting of a number of readers in the comments on the the year one recap post. We refinanced from a 30-year fixed at 4.75% to a 15-year fixed at 3.125%. Our monthly PITI payment went from $1,253 to $1,478, but since we were paying $1,750 a month to put some extra toward principal every month, what we actually pay didn’t change. 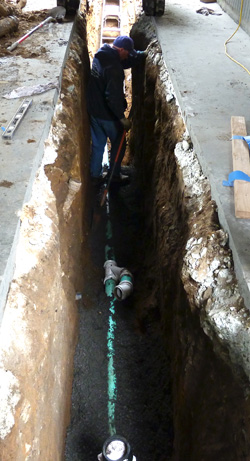 Back to that repair and improvement work. Most of the repair expense was incurred replacing 38 feet of crumbling concrete sewer pipe with a new PVC sewer line. Thankfully, it was an expense we had planned for ahead of time since the sewer scope inspection we had done when we bought the house brought the impending failure to our attention before we even closed on the home.

On the improvements front, we spent about $2,000 to have a backflow prevention valve added when they replaced the sewer line (to prevent this from happening to us). We also had a heat pump installed along with some duct work and a new Nest thermostat, on which we’ve paid $5,500 so far (we financed a few thousand dollars of that work, which we’ll pay over the next year). Other improvements include some new exterior lighting and electronic locks.

As I’ve mentioned numerous times before, we plan to pay off this home and keep it indefinitely, so I still don’t care what it’s “worth” right now. That said, if you’re keeping score at home, Zillow’s current black-box computer-generated guess of my home’s value is $225,122 — about three percent more than what they said a year ago and almost exactly what we paid in 2011. On a related note, a home on our block was listed last month that is 35% smaller than ours and sits on a 20% smaller lot. The asking price was the same price we paid for our home, and it went pending within two days of hitting the market and closed today at $229,400 ($5k over asking). The current market is officially nuts.

I still receive instant Redfin listing alerts, and I still haven’t seen any homes come on the market in our price range that I wish I could have bought instead. At the rate that we’ve been paying down our 30-year mortgage, we’ll have it completely paid off by March 2024, a little less than 13 years after we purchased the home.

Is there anything else you would like to know about our second year? Let me know in the comments.