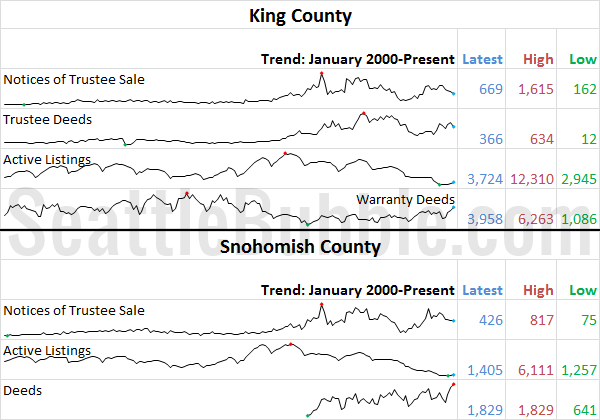 Now that the month of May is behind us, let’s have a look at our stats preview. Most of the charts below are based on broad county-wide data that is available through a simple search of King County and Snohomish County public records. If you have additional stats you’d like to see in the preview, drop a line in the comments and I’ll see what I can do.

Summary: Inventory rose for the second month in a row, even as sales increased again. Meanwhile, foreclosures are still slowly but surely decreasing toward historically normal levels. 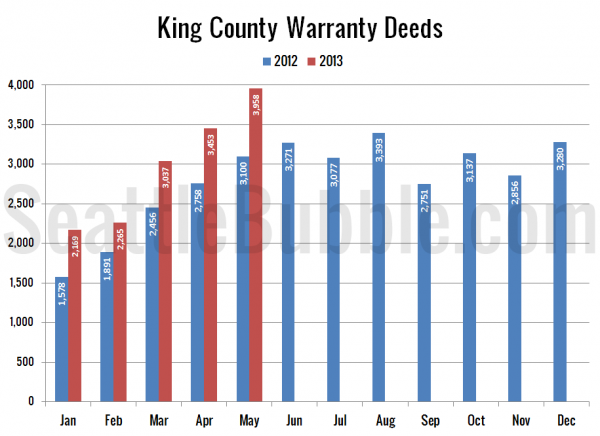 Sales in King County rose 15% from March to April, and were up 28% year-over-year, which is a slightly larger year-over-year gain than in April. 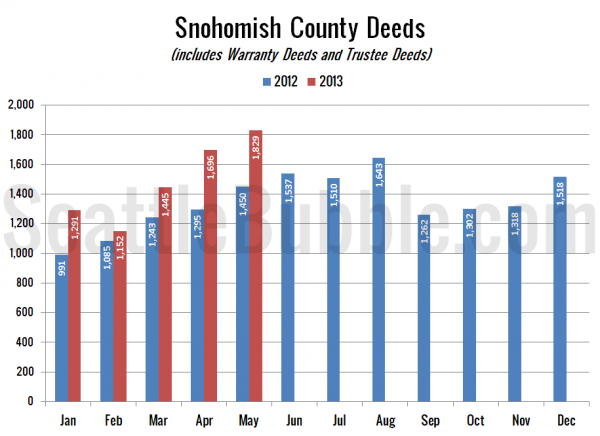 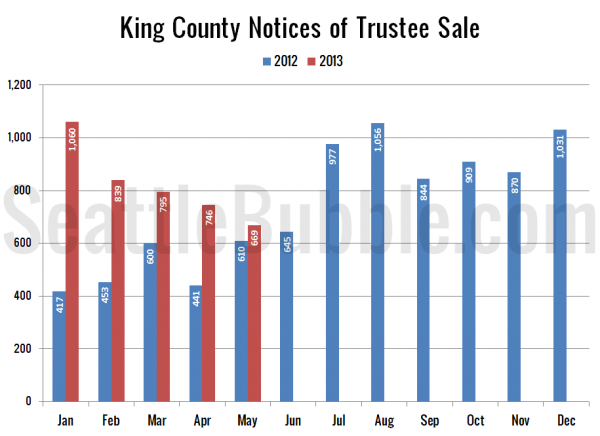 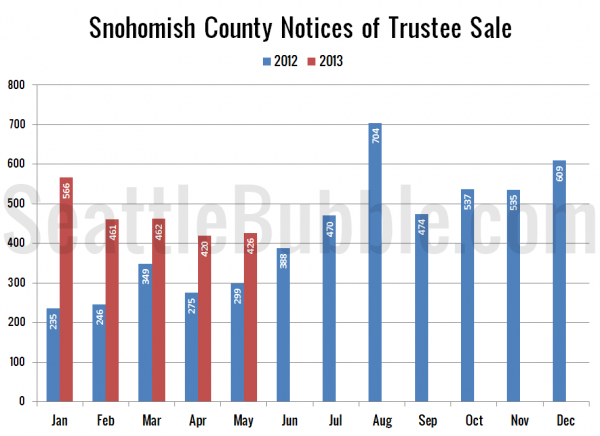 Foreclosures in King County fell again, and were only barely above last year’s level. Foreclosures increased slightly in Snohomish County, but are still at their second-lowest level in the last 11 months. 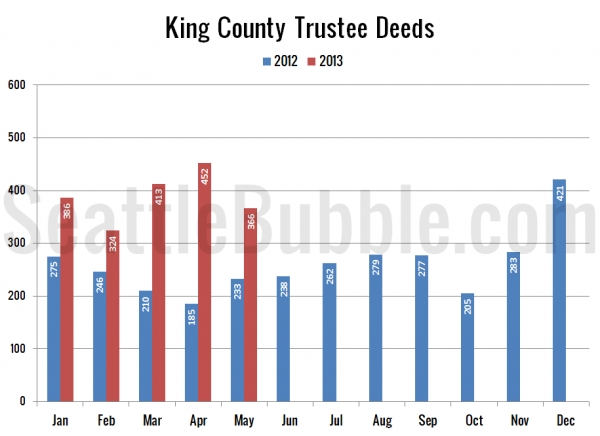 Trustee Deeds fell to their second-lowest level of the year, but still well above last year. 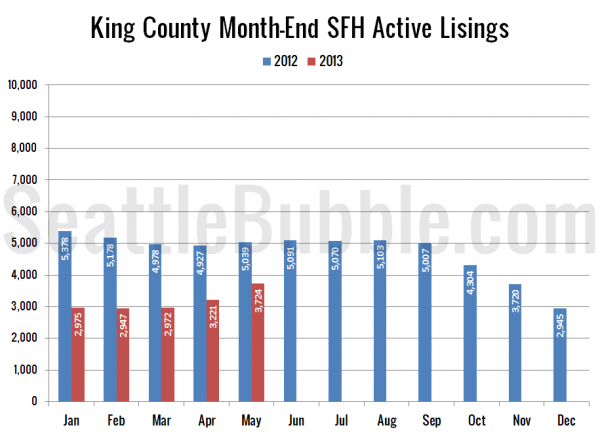 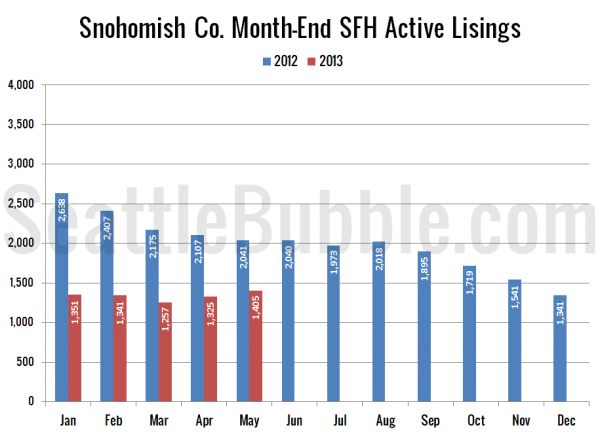 More good news for buyers. Last year King County inventory rose 2.3% between April and May. This year it rose a whopping 15.6%. Similar story in Snohomish County: last year listings fell 3.1%, this year they were up 6.0%. The year-over-year drop in King County inventory was at its smallest level in 17 months.