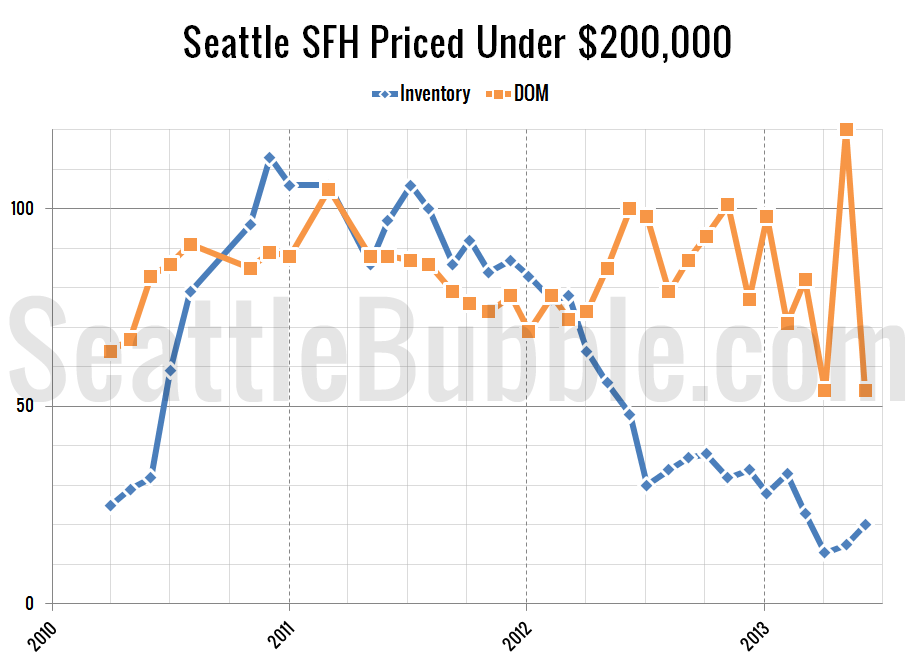 Let’s check in again on the cheapest homes around Seattle proper. Here’s our methodology: I search the listings for the cheapest homes currently on the market, excluding short sales, in the city of Seattle proper. Any properties that are in obvious states of extreme disrepair based on listing photos and descriptions will be excluded. This includes any listing that uses the phrases “fixer,” “rehab loan,” or “value in land.” I post the top (bottom) three, along with some overall stats on the low end of the market.

Please note: These posts should not be construed to be an advertisement or endorsement of any specific home for sale. We are merely taking a brief snapshot of the market at a given time. Also, just because a home makes it onto the “cheapest” list, that does not indicate that it is a good value.

Here are this month’s three cheapest single-family homes in the city limits of Seattle (according to Redfin):

Only one of last month’s homes has gone pending. The third-cheapest home from last month is still on the market but has been pushed off the list. It was priced the same as #3 this month, but was quite a bit more expensive per square foot, which was the tie-breaker.

Mirroring the increases we’ve seen in overall inventory over the last couple of months, the number of homes under $200,000 increased for the second month in a row. Days on market dropped from its huge level last month, while size, beds, and baths were all relatively stable.

Here are a couple of charts to give you a visual of the trend of these numbers since I adjusted the methodology in April 2010: 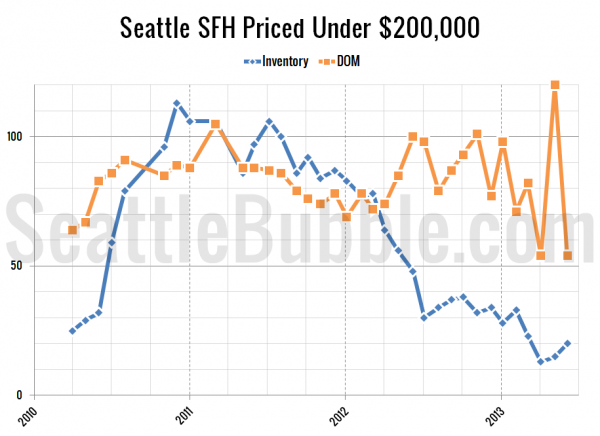 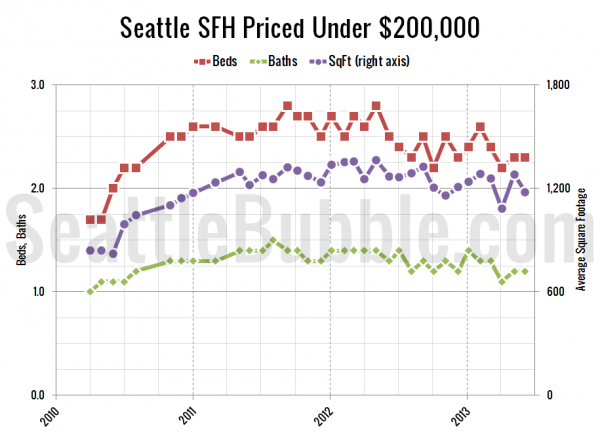 Here are cheapest homes in Seattle that actually sold in the last month, regardless of condition (since most off-market homes don’t have much info available on their condition).