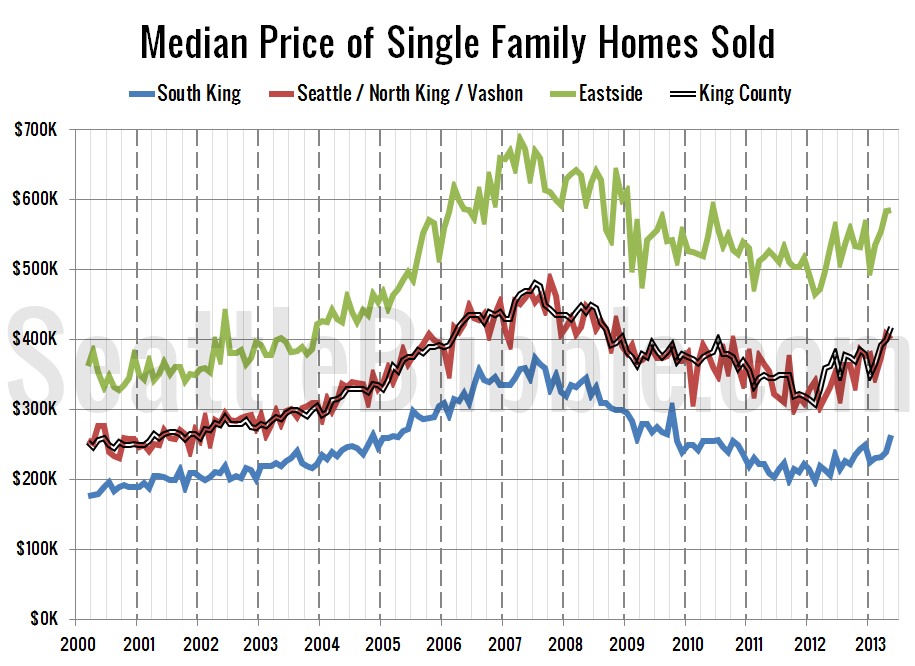 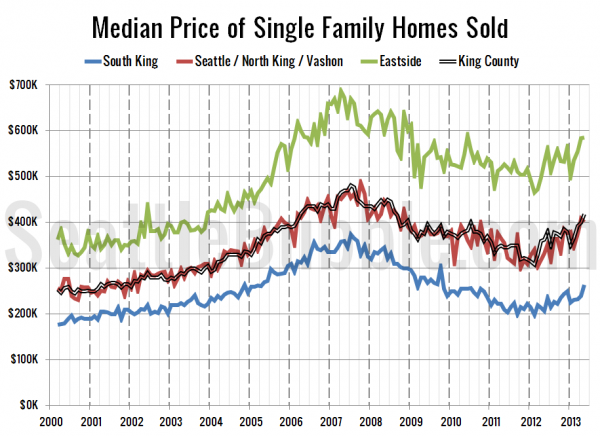 The low end regions were actually the only ones to see a significant increase in the median price between April and May. The mid-range regions fell slightly, while the high end was basically flat. 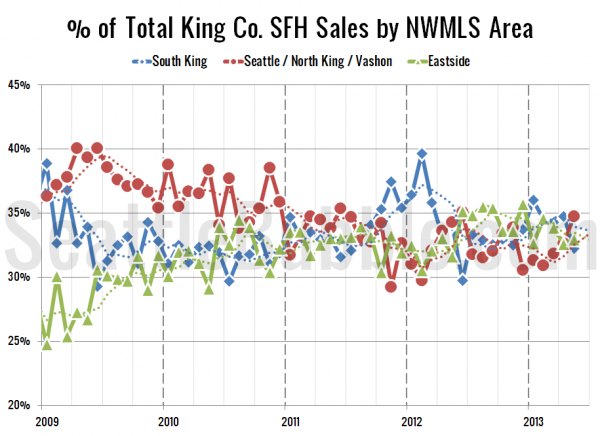 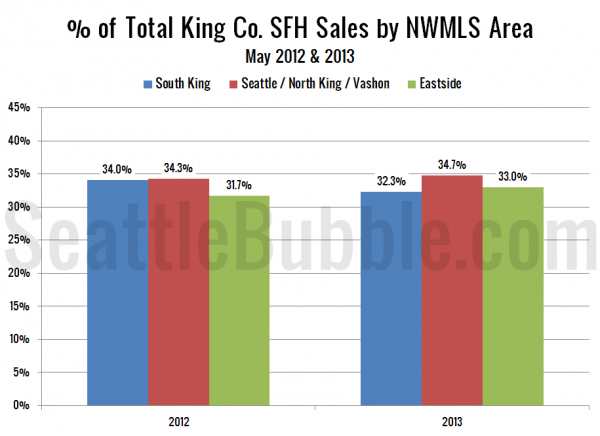 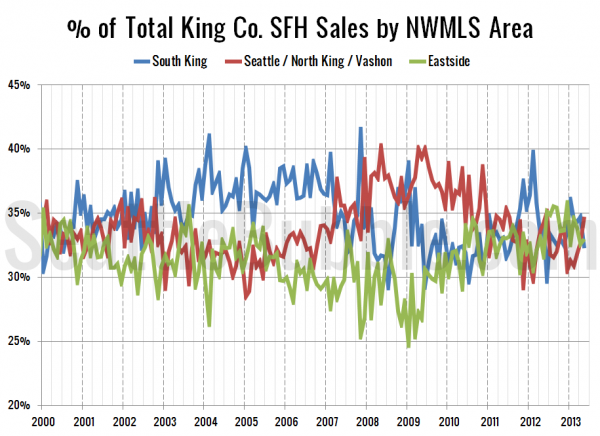 If this month’s spike sales share for the mid-range regions keeps up we’ll definitely see the county-wide median price show some strong increases as well, even if ovoerall home values simply hold steady.