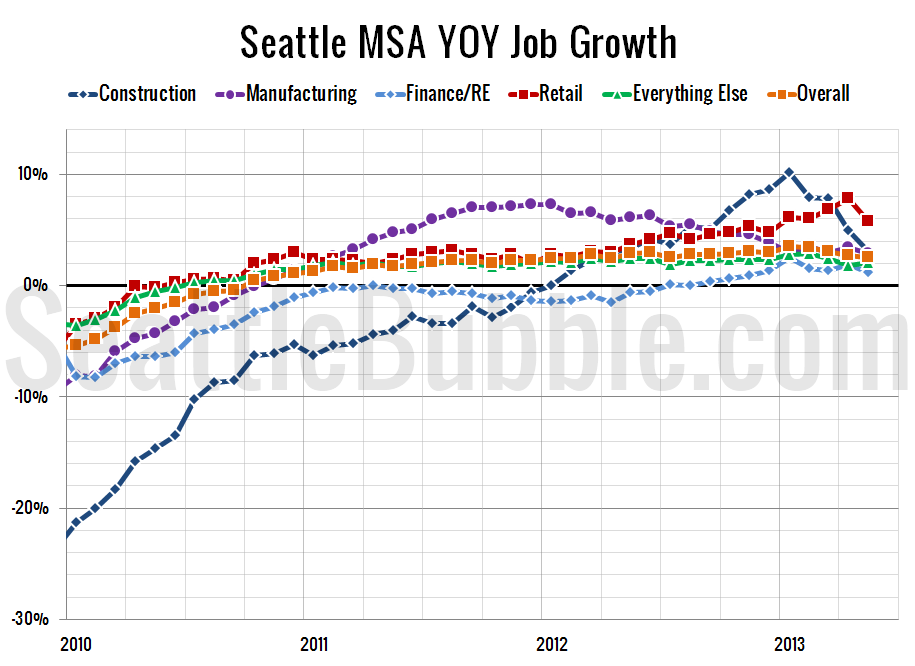 New local job stats came out this week, so let’s have a look at the Seattle area’s employment situation. 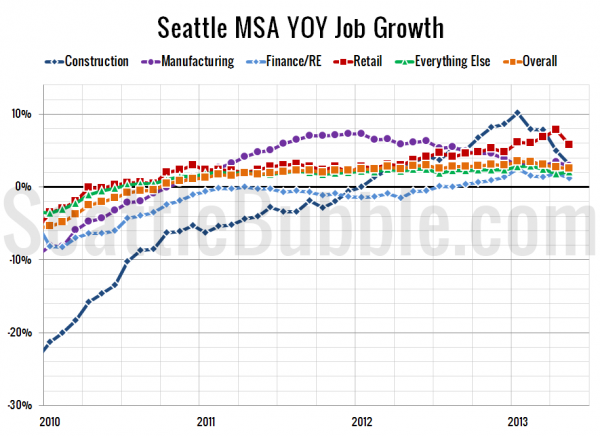 Construction growth dipped again, and has fallen from a 10.2% year-over-year gain in January to 3.1% in May. With 5.7% year-over-year growth, the retail sector was again the fastest-growing in May. 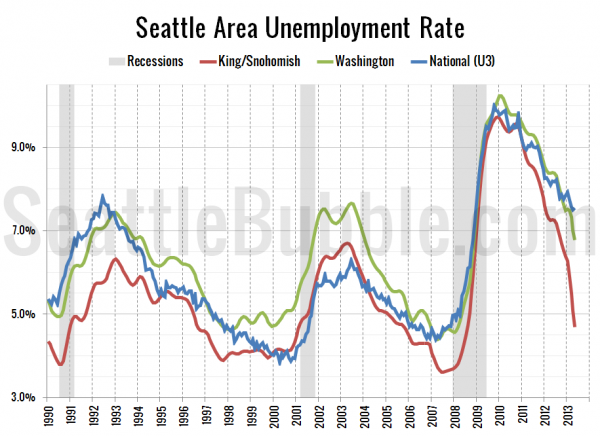