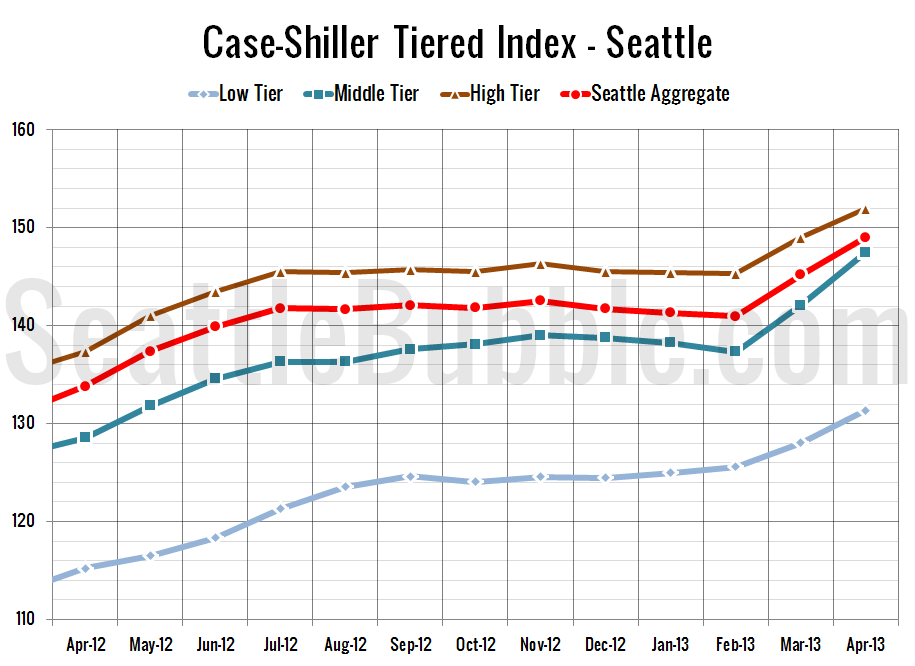 First up is the straight graph of the index from January 2000 through April 2013. 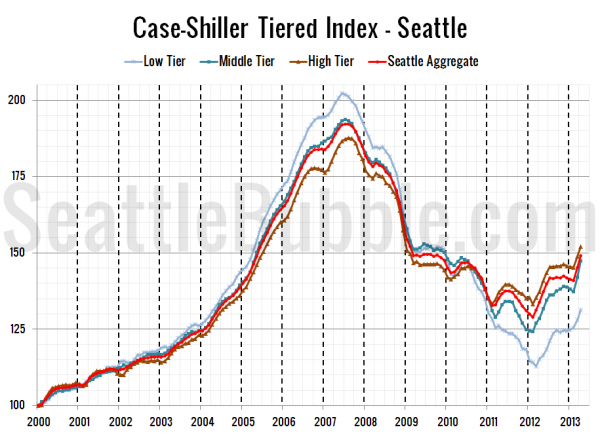 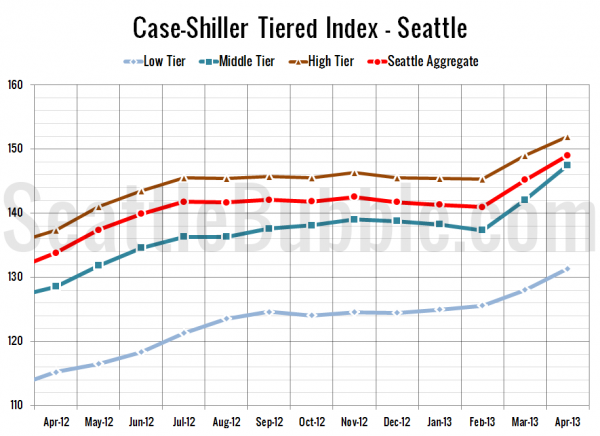 All three tiers continued to rise in April, with the middle tier again gaining the most. Between March and April, the low tier rose 2.6%, the middle tier was up 3.8%, and the high tier gained 2.0%.

Here’s a chart of the year-over-year change in the index from January 2003 through April 2013. 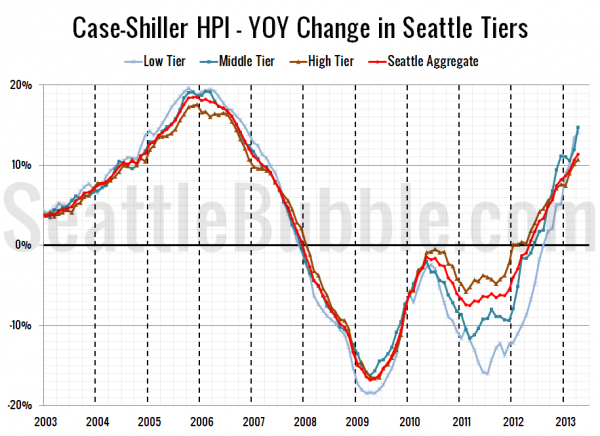 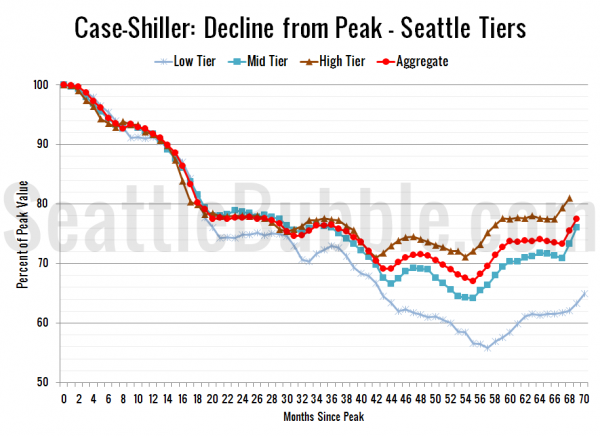