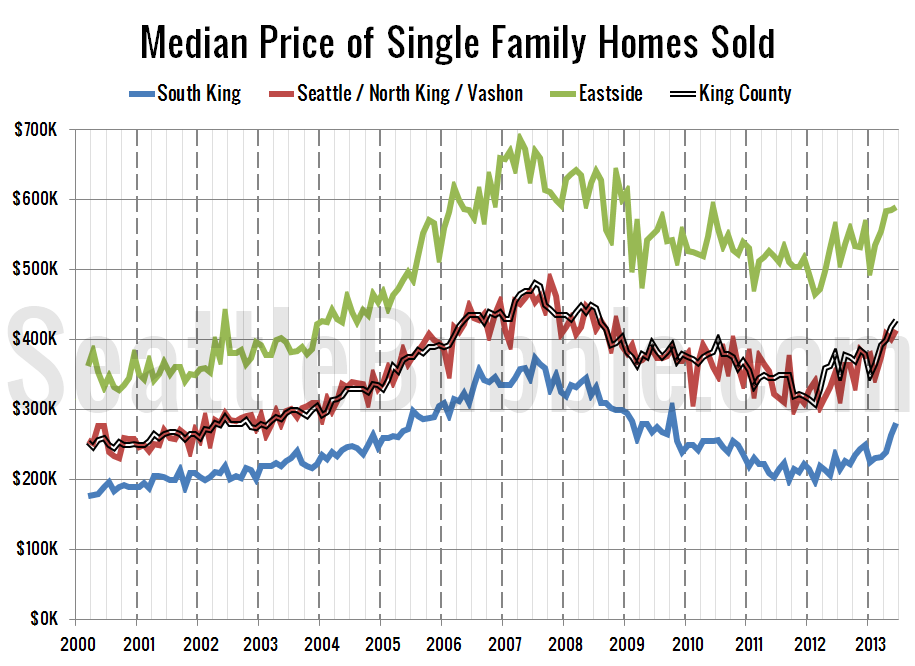 As promised last week, it’s time to take an updated look at how King County’s sales are shifting between the different regions around the county, since geographic shifts can and do affect the median price. 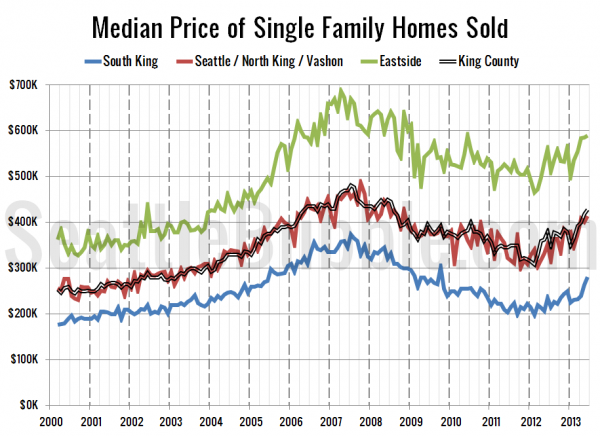 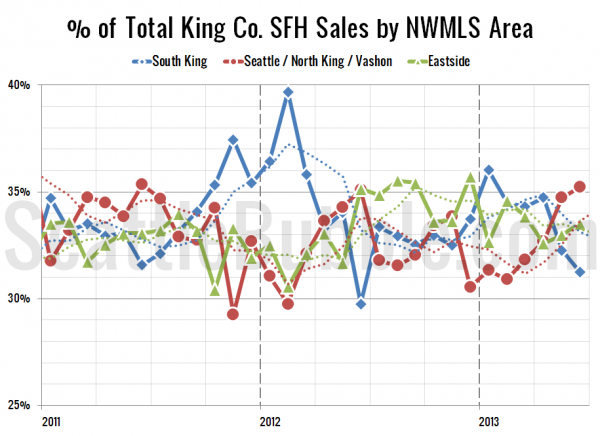 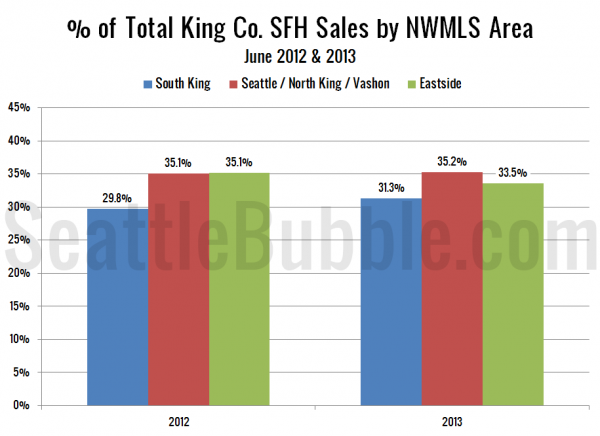 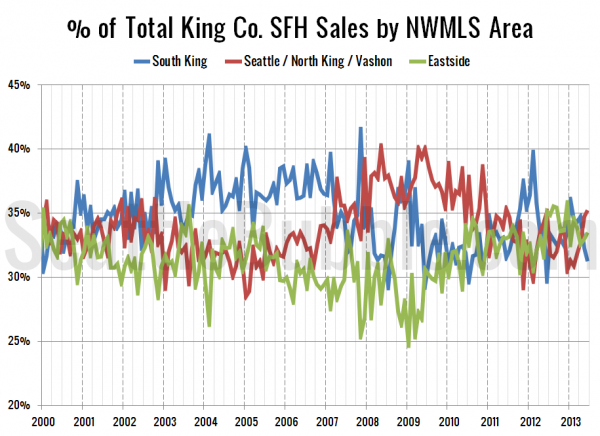 There haven’t been many times since 2000 that the middle tier has had the most sales, and even fewer times that the low tier has simultaneously had the least sales. We’re definitely still in an odd market right now.