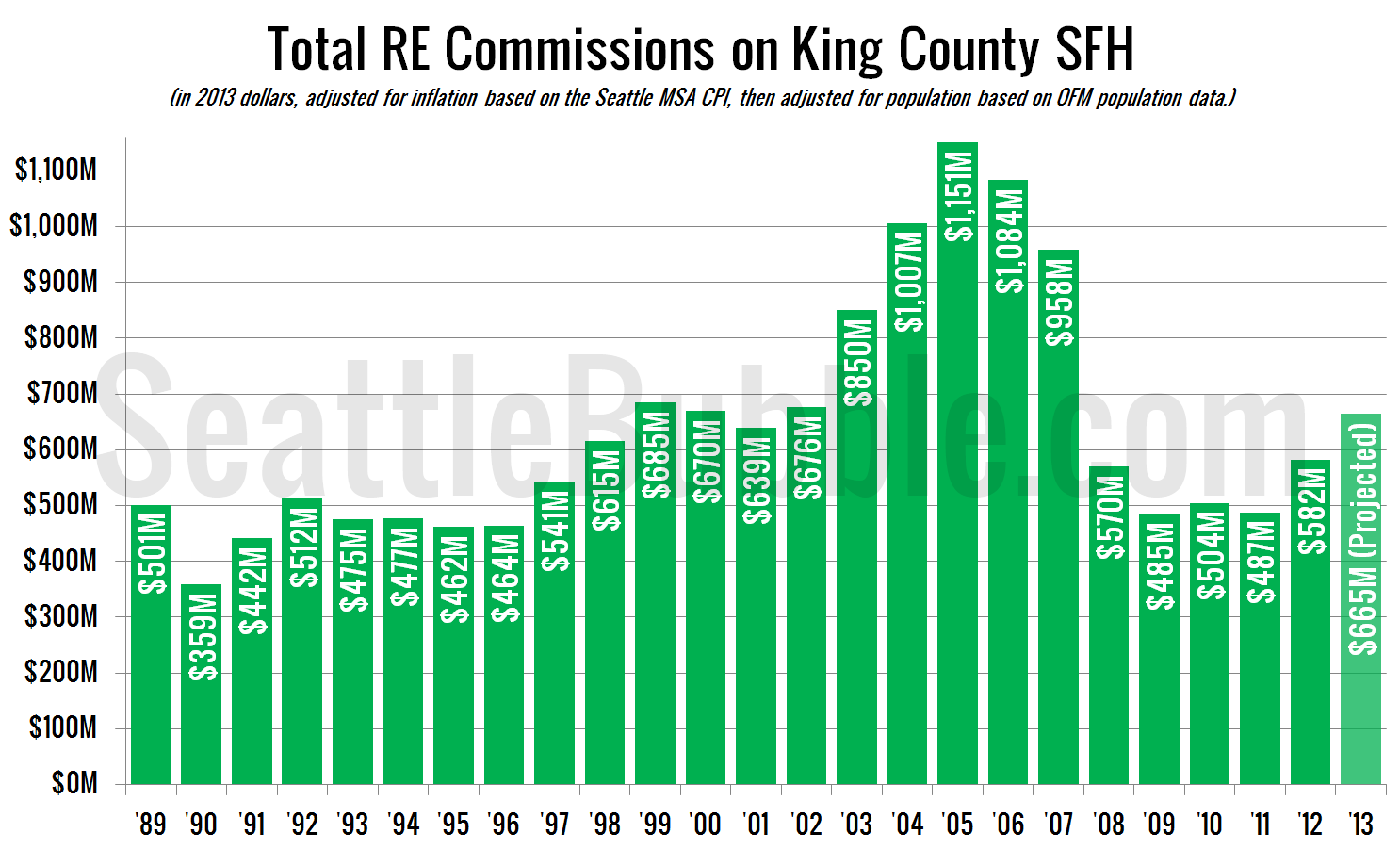 It’s been a year and a half since we looked at how real estate commissions are faring—well past time for an update.

For these charts I have estimated the total commissions for 2013 based on the sales volume and prices for the first half of the year. The final numbers will no doubt be slightly different than this. 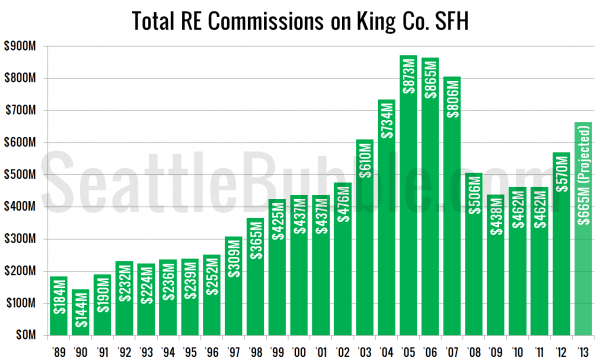 Without adjusting for inflation or population growth, total real estate commissions in King County are on track to have their fifth-best year ever in 2013, increasing 17% from last year.

Here’s what commissions look like when you adjust for inflation: 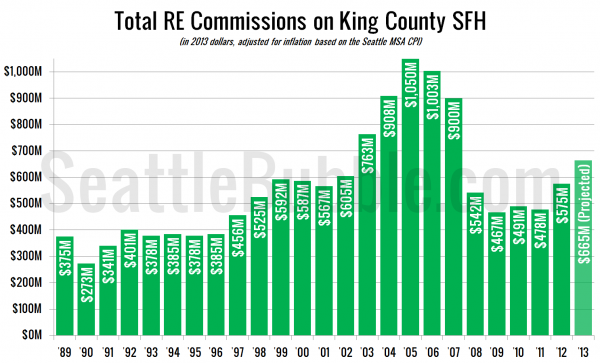 Still quite strong, coming in as the sixth-best year overall (2003 slips ahead after the adjustment), with a 16% year-over-year increase.

Finally, here’s what commissions look like when you adjust for inflation and population: 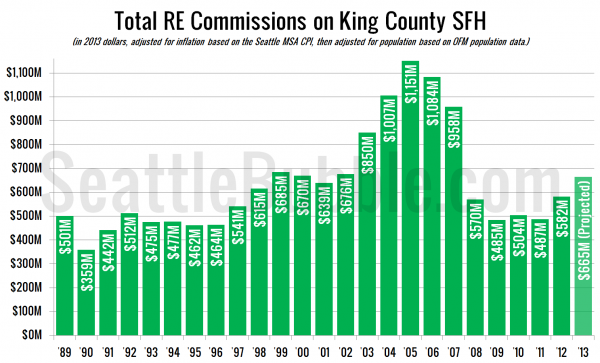 Any way you slice it, 2013 is shaping up to be the best year for real estate agents since 2007, but still far short of the crazy days of the real estate bubble.