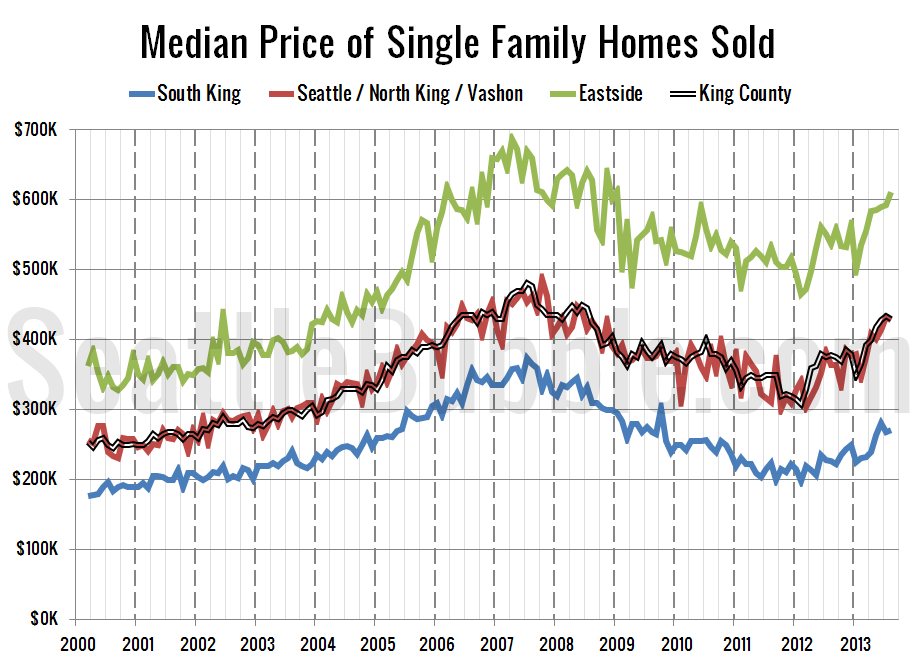 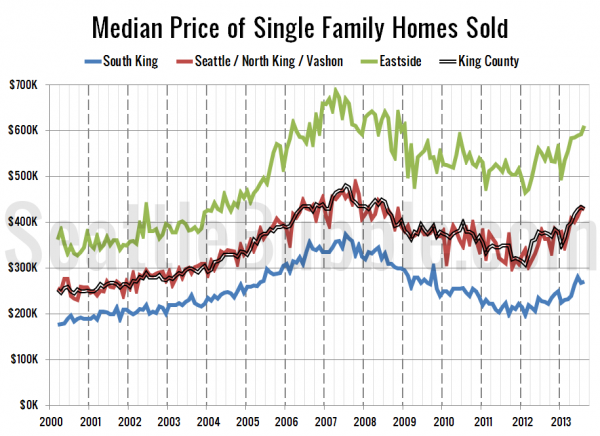 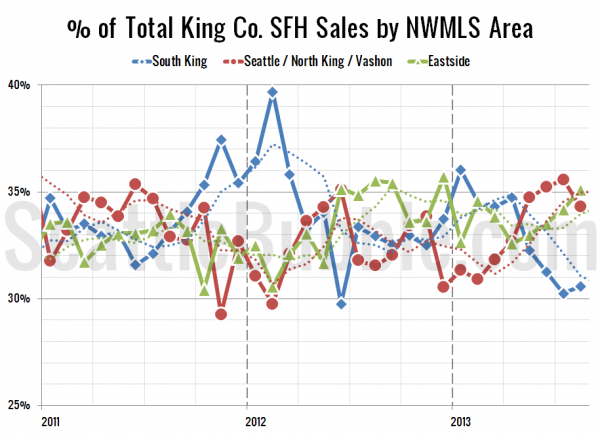 The share of sales that are taking place in the most expensive parts of the county has been surging over the last four months, rising from 32.6% in April to 35.1% in August. Over the same period, the share of sales in the low end regions has fallen from 34.7% to 30.6%. 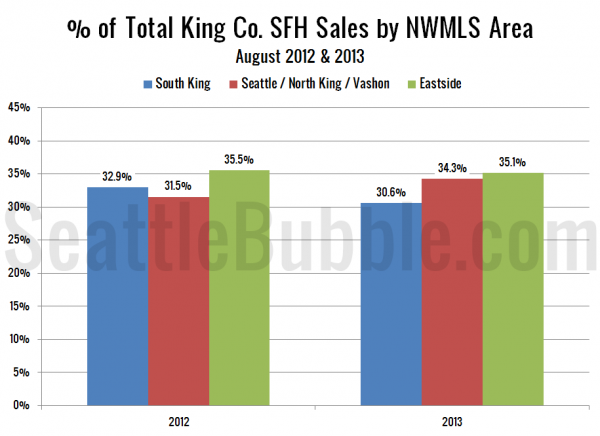 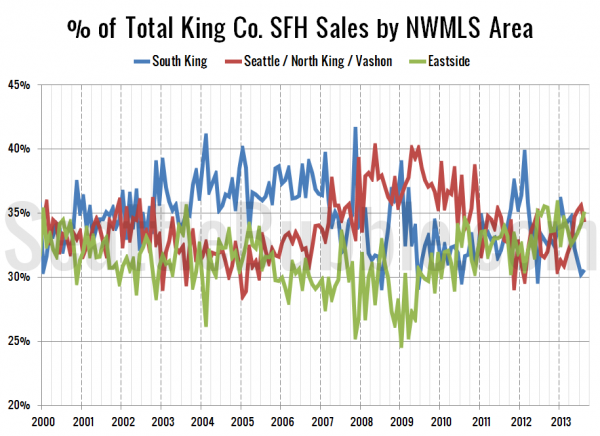