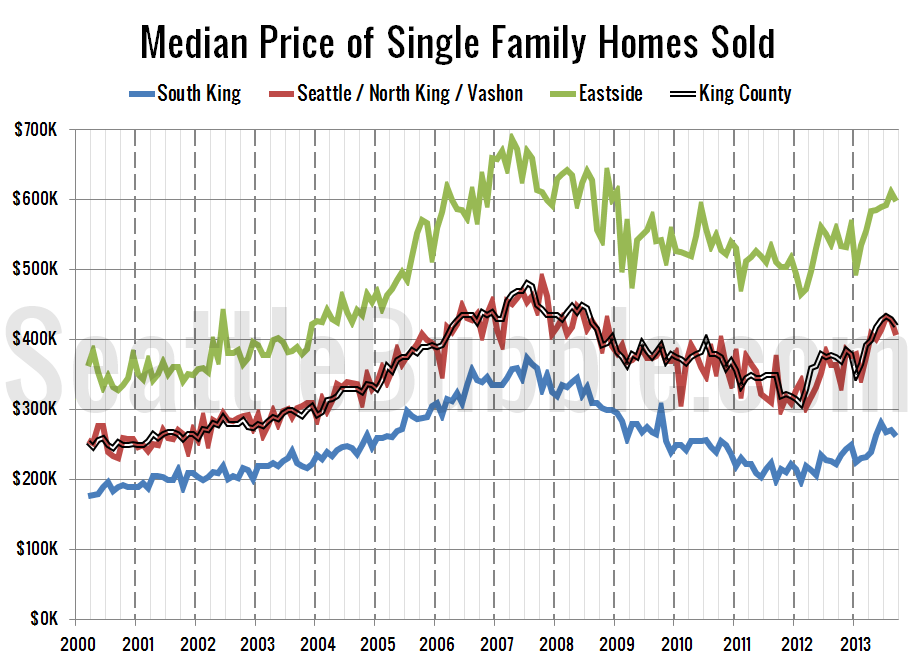 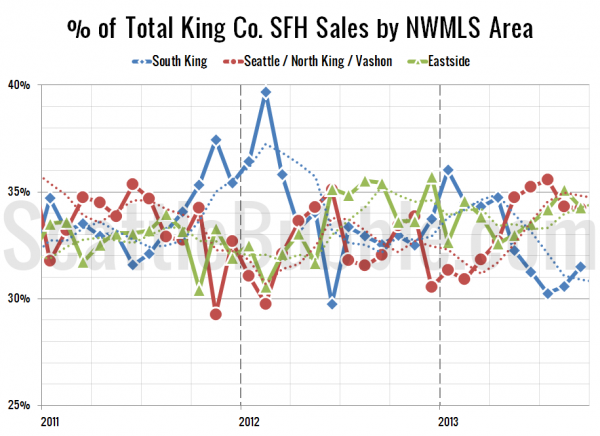 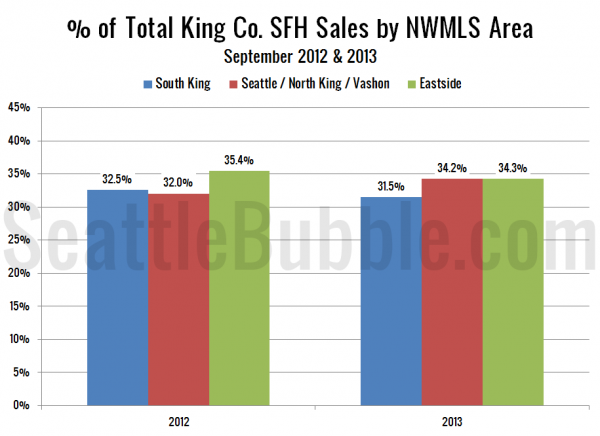 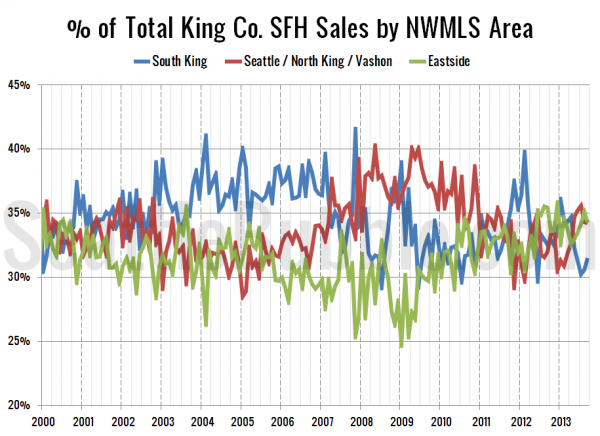 Even after the dip in high tier sales share this month, the expensive regions still had the most sales, which is a relatively rare situation.