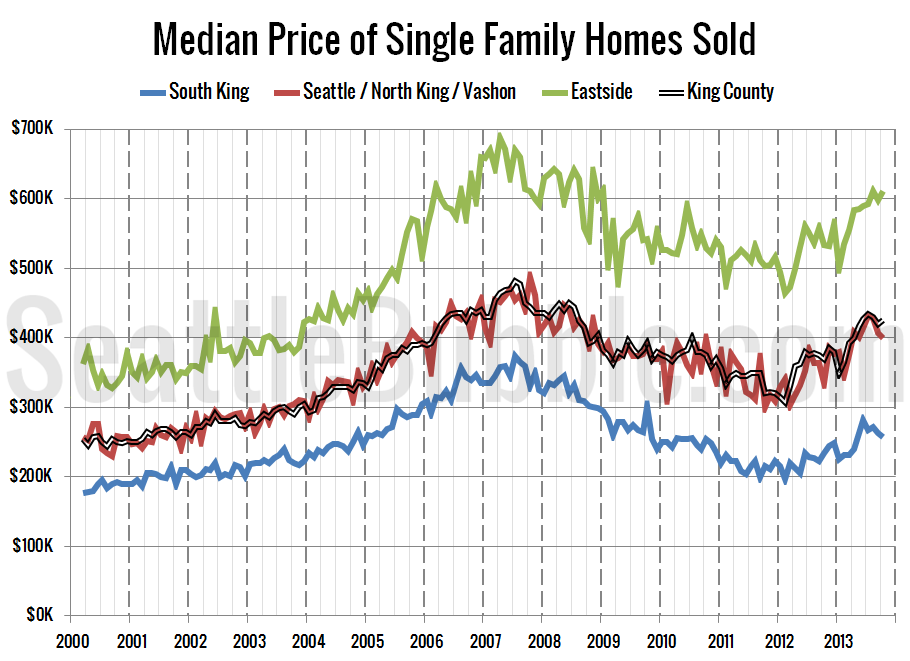 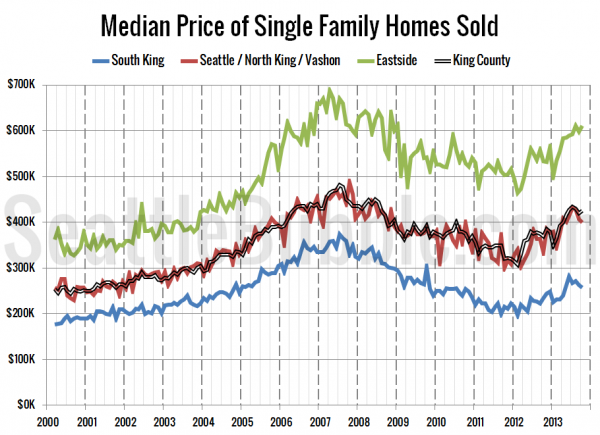 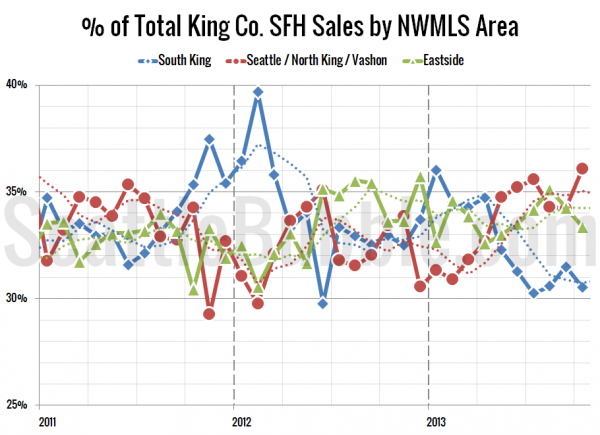 The share of sales that are taking place in the most expensive parts and the cheapest parts of the county fell slightly last month, while sales share in Seattle increased. 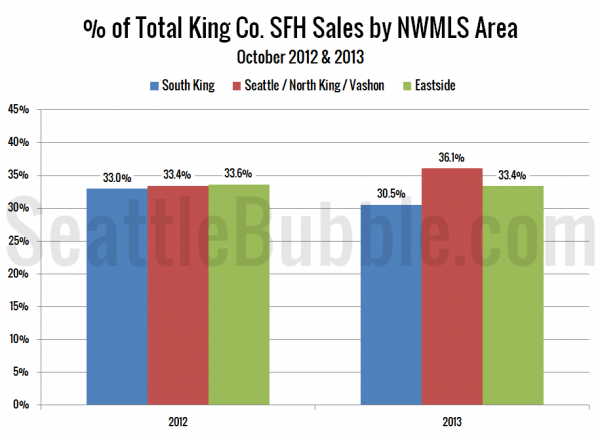 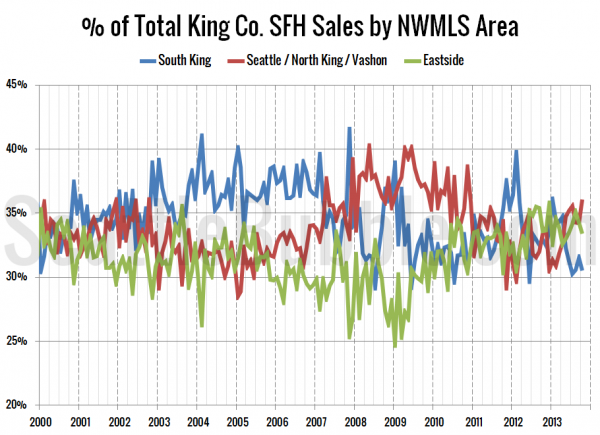 The high end regions have quickly gone from the smallest share of sales to the largest share, while the low end regions have flipped the other way. The result of that switch is likely to move the overall median price up considerably, as more sales take place in expensive regions than cheap ones.