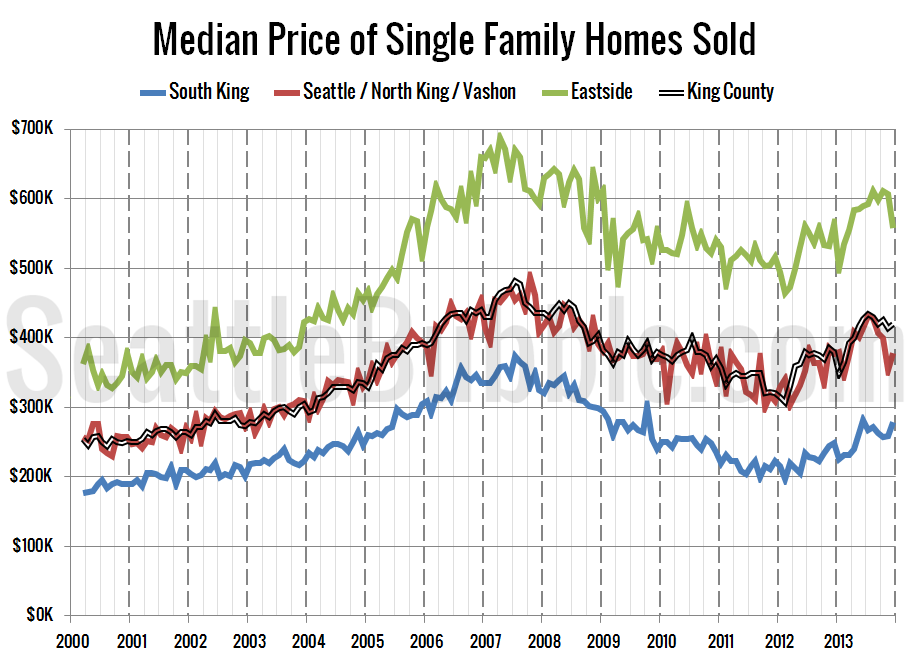 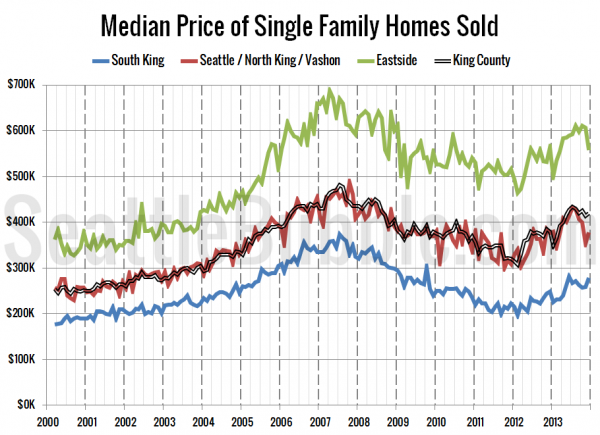 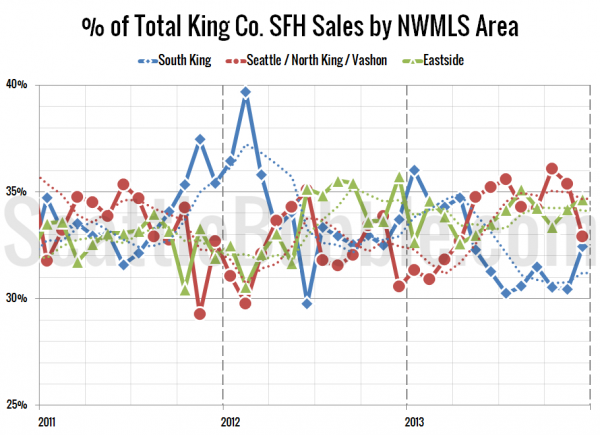 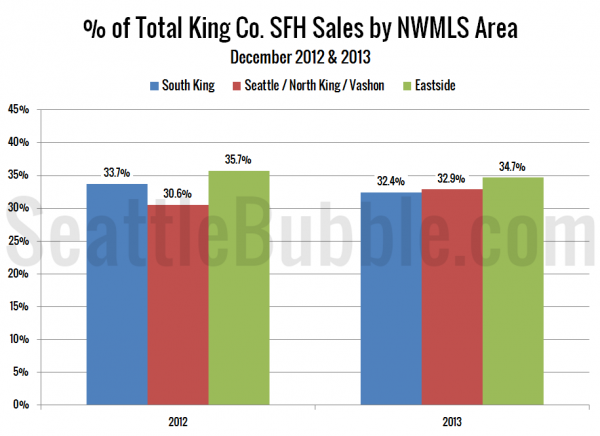 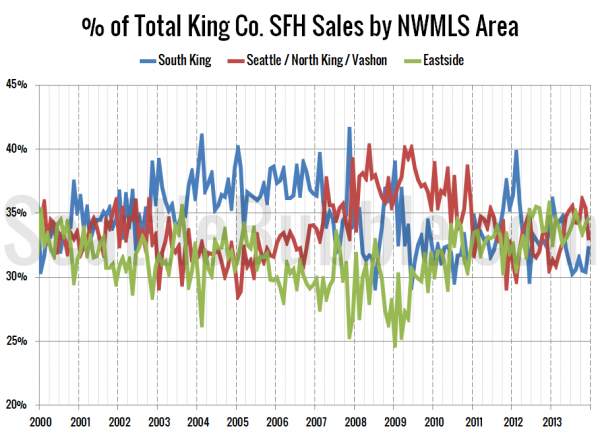 Even with the big spike up in low end sales in December, we’re still in rather unusual territory. If the low-end regions continue to see a sales surge relative to the rest of the county while also showing the strongest price gains, we’ll probably see the overall county-wide median price continue to increase for a while.