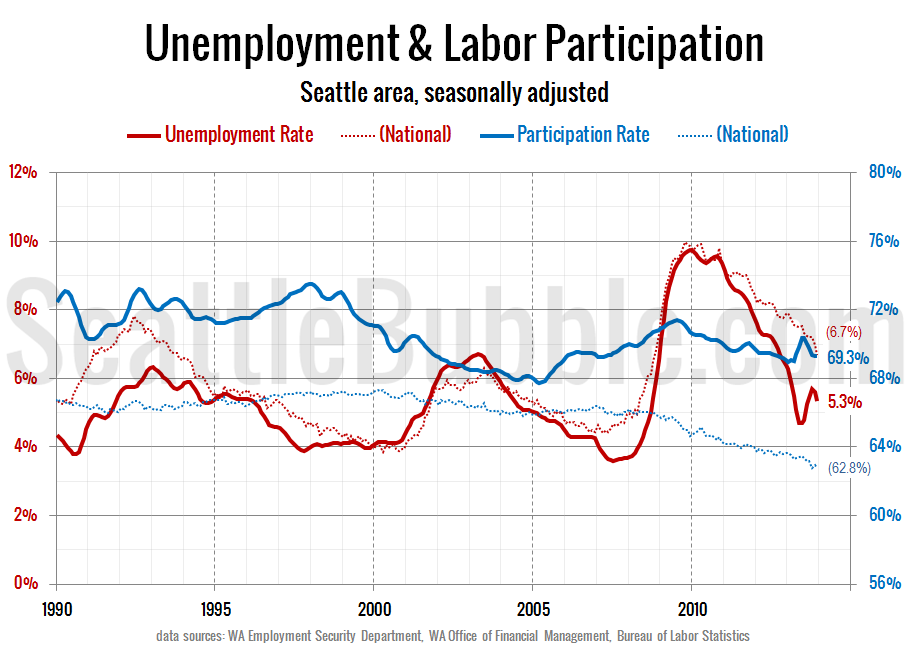 Jobs data for December was released last week, so let’s take an updated look at the Seattle area’s unemployment rate and approximate labor participation rate alongside the national numbers. 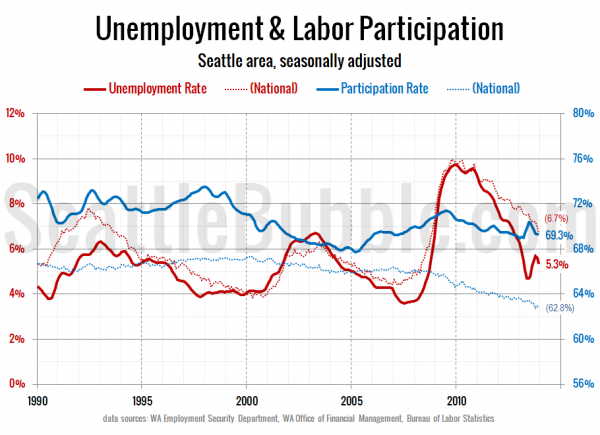 The Seattle-area labor participation was flat in December at 69.3%. The national labor force participation rate fell 0.2 points to 63.0%.

For reference, in 2006 when everyone imagined the economy to be in great health, the local unemployment rate averaged 4.3% and the labor participation rate averaged 69.5%. Our labor force participation rate is still on par with the pre-bust period, but we’re still waiting on the unemployment rate to drop another percent and a half to reach the pre-bust levels. I still expect to see both measures back to early 2006 levels some time in the first half of this year.

Later this week we’ll look at how specific job sectors are performing in the Seattle area.