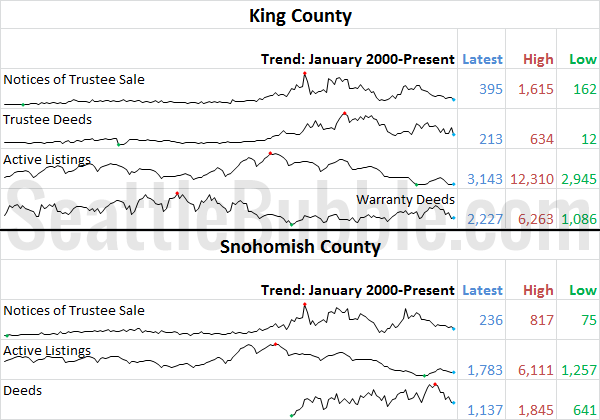 With February now complete, let’s have a look at our monthly stats preview. Most of the charts below are based on broad county-wide data that is available through a simple search of King County and Snohomish County public records. If you have additional stats you’d like to see in the preview, drop a line in the comments and I’ll see what I can do.

Listings were once again up in both counties, much more in Snohomish than in King. Sales fell slightly from last year’s levels in both counties again as well. Foreclosure starts and completions both continued to drop. 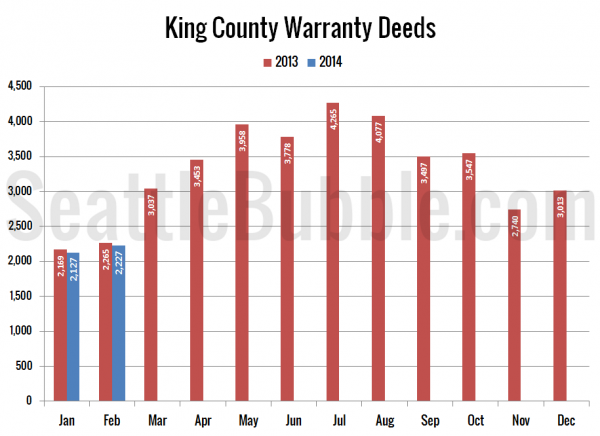 Sales in King County rose 4.7 percent between January and February (in 2013 they rose 4.4 percent over the same period), and were down 1.7 percent year-over-year. Basically the same trends we saw in January. 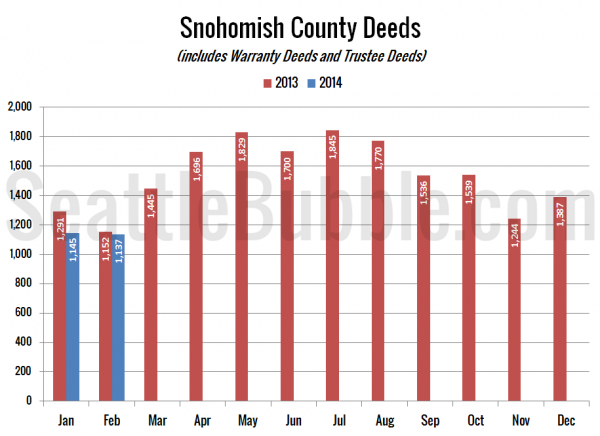 Deeds in Snohomish fell 0.7 percent month-over-month and were down 1.3 percent from February 2013. 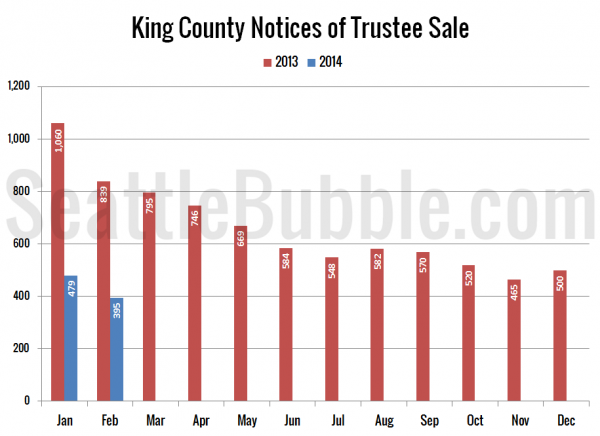 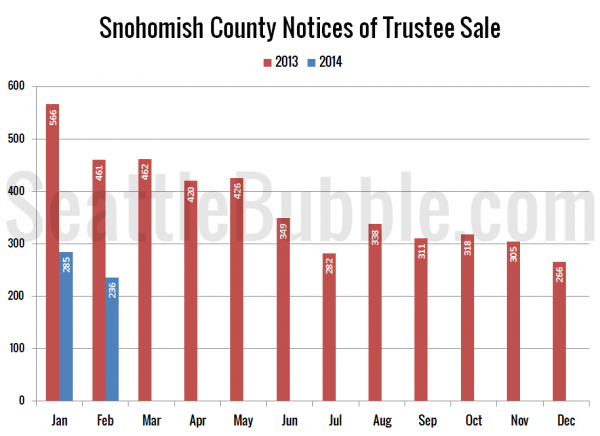 Foreclosures in both counties were yet again down about 50 percent from a year ago. Month-over-month foreclosures fell in both Snohomish and King. King was down 53 percent from last year, and Snohomish fell 49 percent. 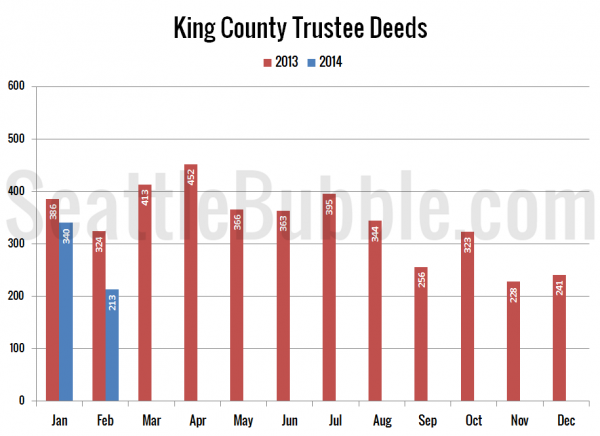 Trustee Deeds were down 34 percent from a year ago, and hit their lowest point since April 2012. 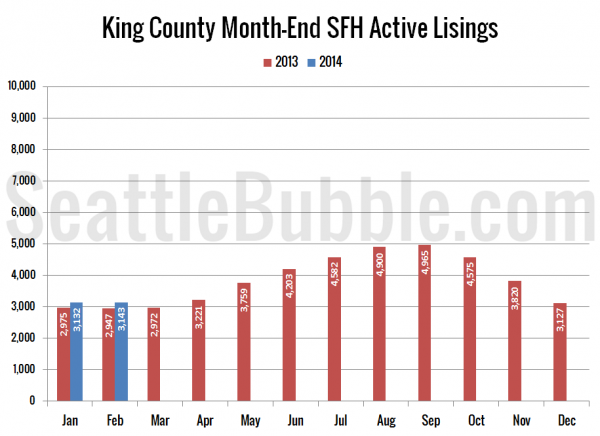 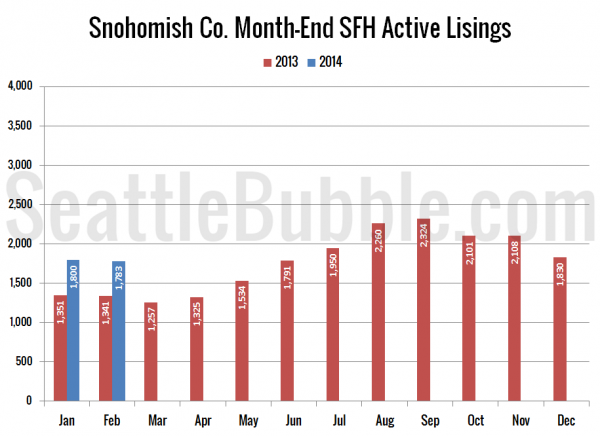