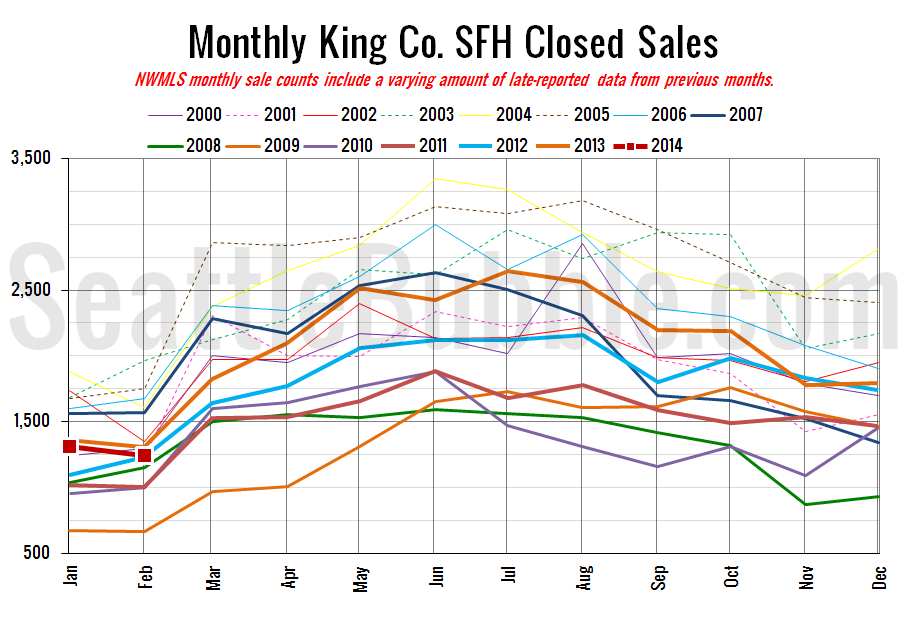 February market stats were published by the NWMLS earlier today. I had an extremely busy day so I’m only just now getting to posting them. Here’s a snippet from their press release: Home Sales Shrink as Buyers Take a Timeout due to Inventory shortages, Seahawks Playoffs.

Northwest Multiple Listing Service brokers reported 507 fewer pending sales during February than the same month in 2013, but members believe the 6.5 percent decline isn’t due to a shortage of buyers. “If we just had enough homes to sell we would easily be outpacing last year’s pending numbers,” said Mike Gain, CEO and president of Berkshire Hathaway HomeServices Northwest Real Estate. “Locally, we are literally starving for inventory,” he added.

Another industry leader pointed not only to a “severe shortage of homes for sale” in the most sought-after price ranges, but also to the fan frenzy surrounding the Seahawks as a factor in the setback of sales. “The Seahawks’ run to the Super Bowl affected sales,” reported J. Lennox Scott. Since the Super Bowl Championship game, he said listing activity has picked up, resulting in brisk sales activity for the new, but still limited inventory.

Lennox Scott has become a parody of himself.

Pending sales hit year-over-year double-digit losses for the first time in nearly three years, while closed sales shrank by their largest amount in nearly as long. Prices came in well above last year, but unlike last year they fell between January and February. 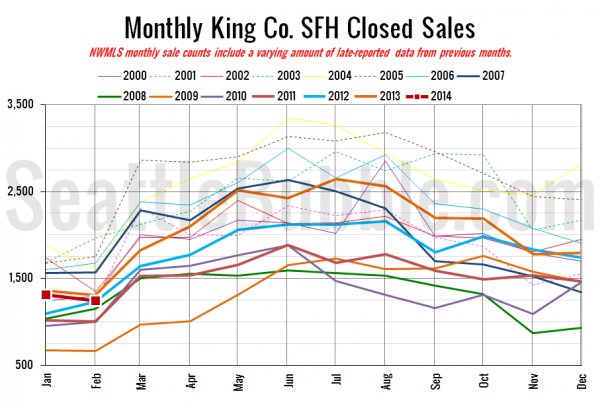 February home sales came in slightly below last year, in the middle to the lower-end of the pack. 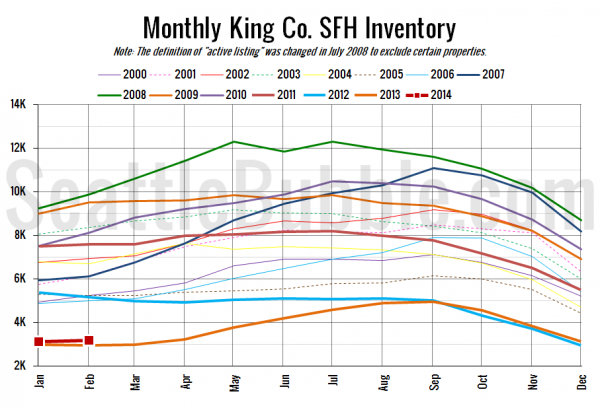 Second-lowest inventory on record for a February, beating last year just slightly. You would think that with home prices up so much from the bottom two years ago there would be more sellers finally getting “off the fence” and listing their home. 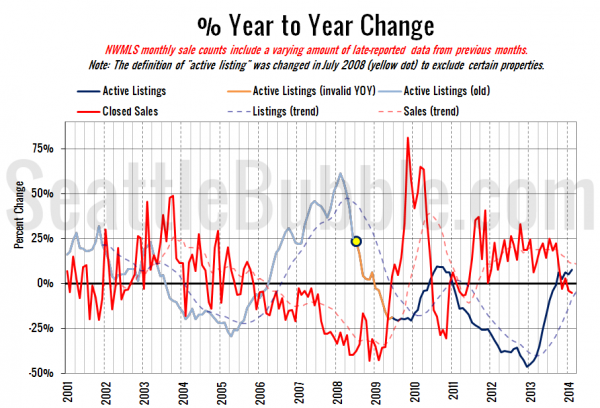 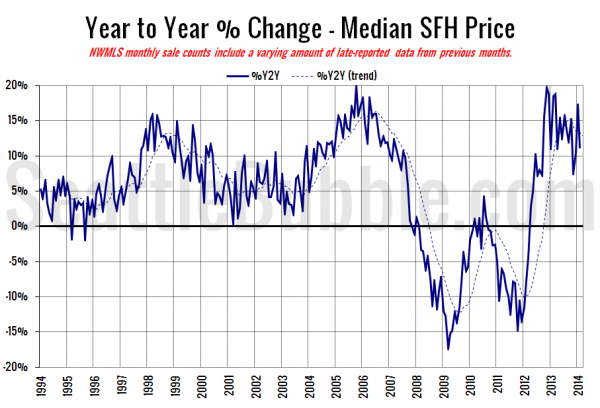 The median sale price inched down some more in February and year-over-year number dipped. 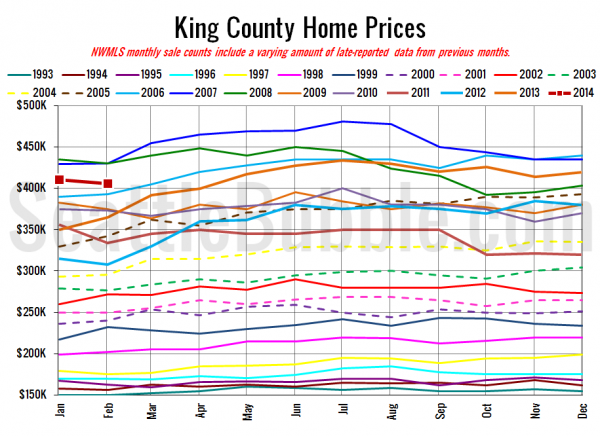 Check back later tomorrow for the full reporting roundup.