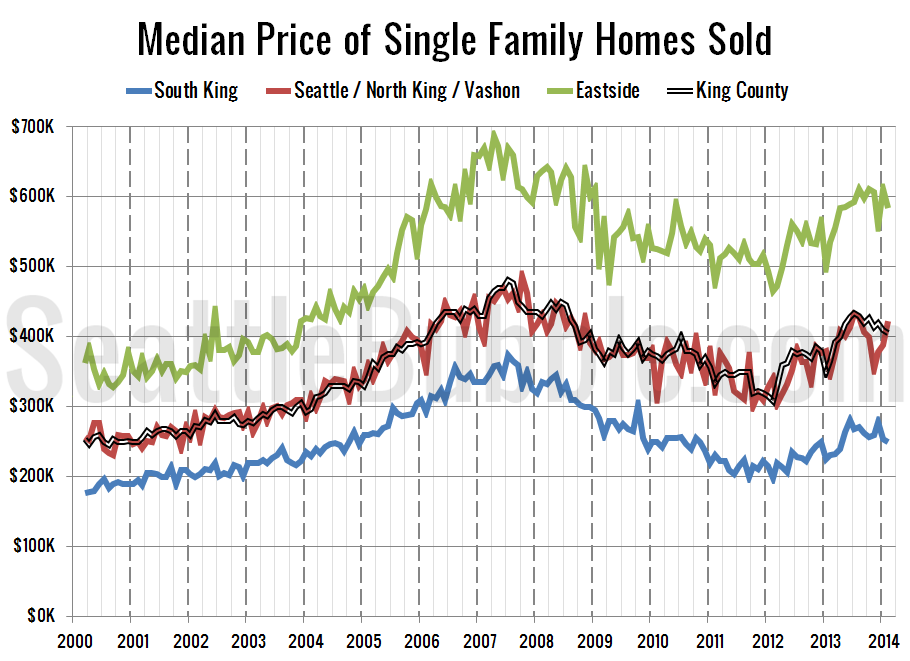 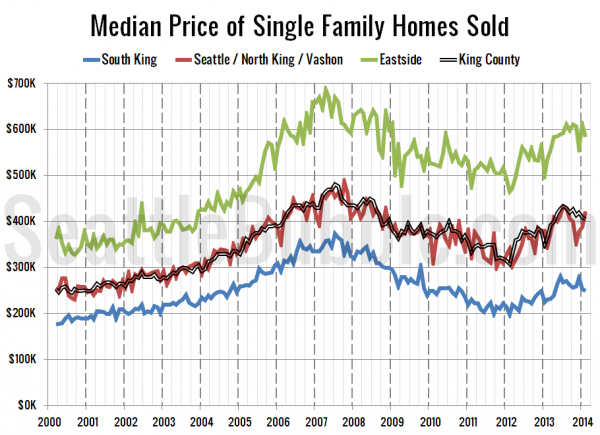 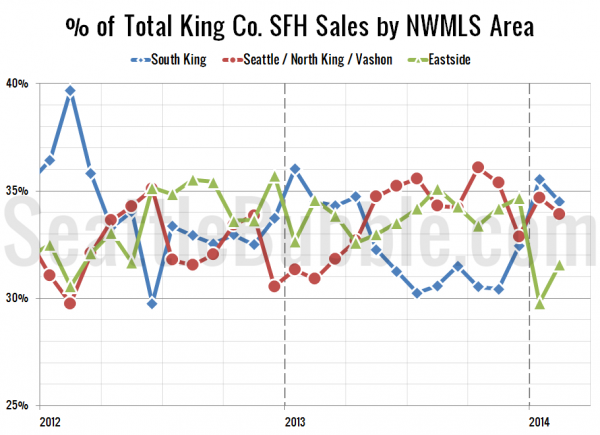 Between December and January sales fell off dramatically in the expensive Eastside regions, while climbing in the mid and low range areas. The trend reversed slightly in February, but the Eastside still makes up the smallest portion of sales. Year-over-year sales were down 0.1% in the low tier, up 9.8% in the middle tier, and down 8.7% in the high tier. 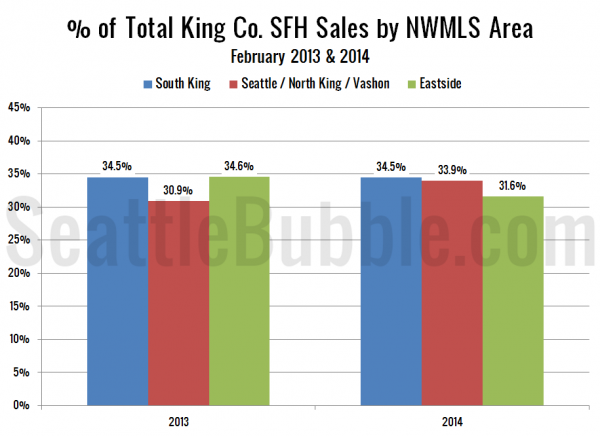 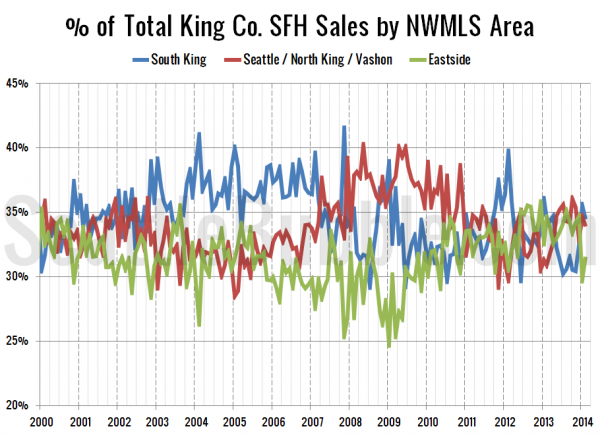 The high end regions typically have a smaller share of the monthly sales than the middle and low range regions, so this recent shift is really just the mix getting back to where it normally is. The disproportionate share of sales that the high end has been accounting for through 2012 and 2013 is certainly part of the reason the median price has gone up so much, and the decreasing share on the Eastside explains why it is going down over the last few months.