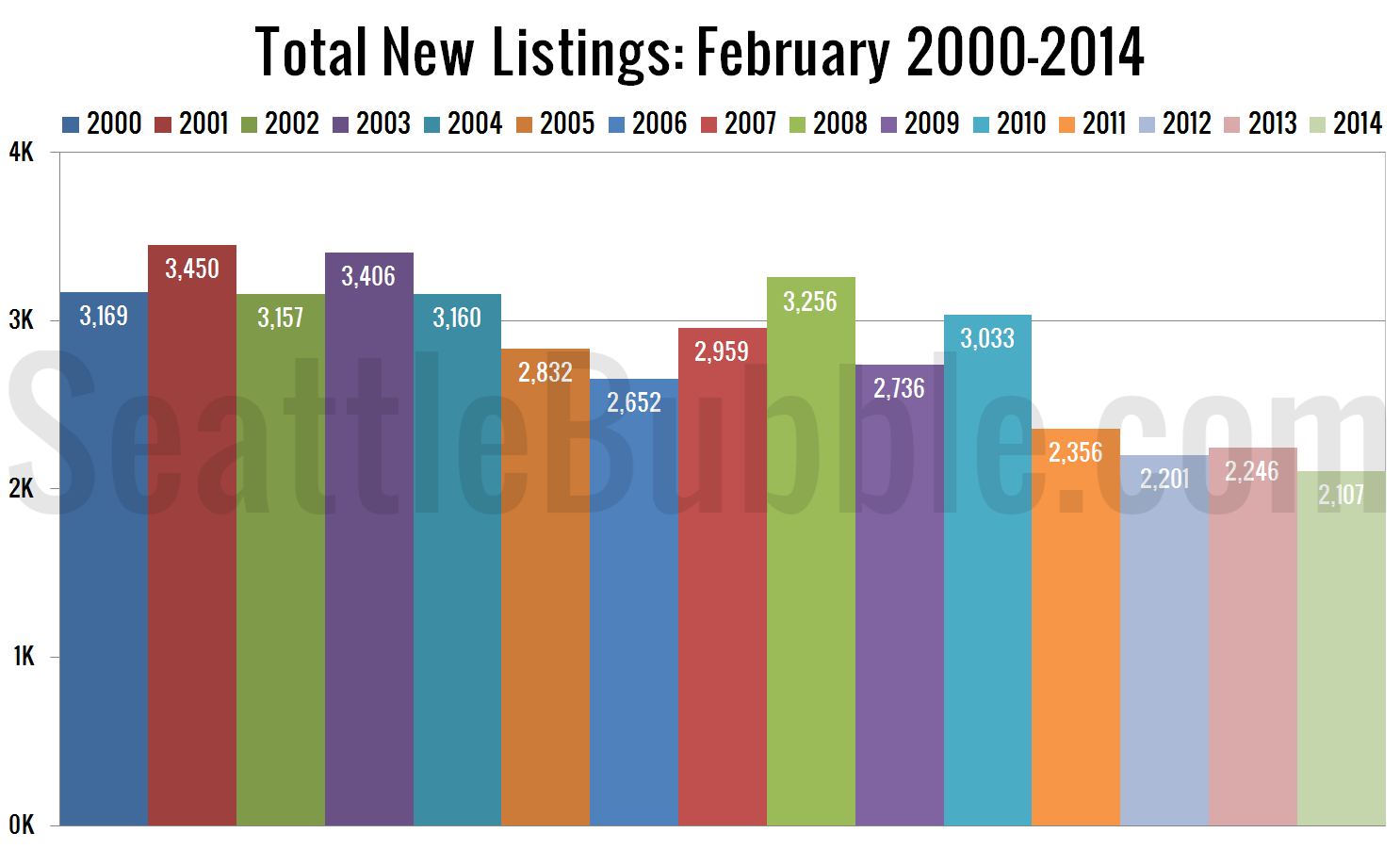 Let’s take a closer look at how listings fared in February of this year compared to years past. 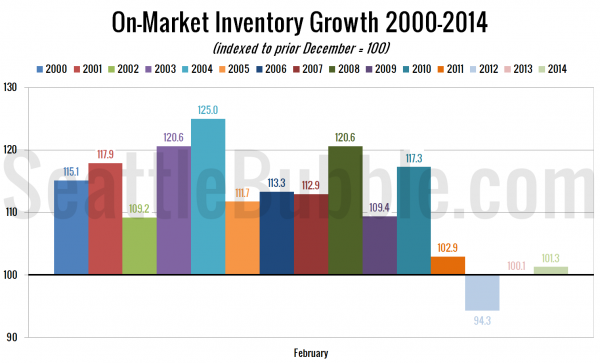 Compared to last December, the growth of on-market inventory is at its best point in three years. Unfortunately that isn’t saying much. The anemic 1.3 percent increase is still far smaller than the 14 percent average growth we saw before the housing bubble popped. 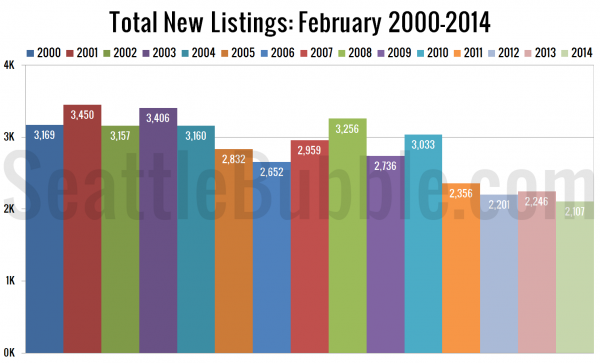 For new listings, this February was the worst on record. 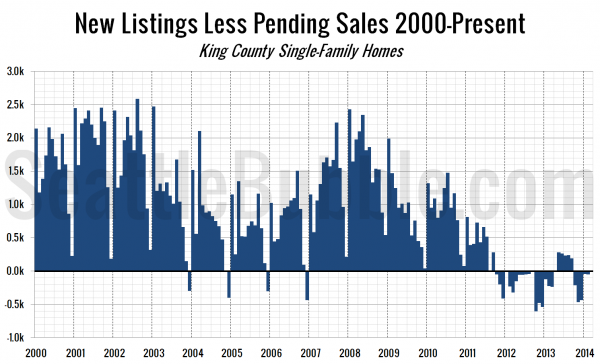 Still just slightly in the red on this measure. 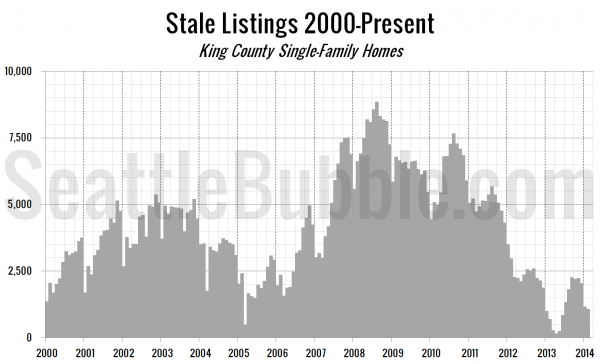 Stale listings were nearly unchanged from January to February.

So far this year is definitely shaping up to be another frustrating year for buyers hoping for good selection.