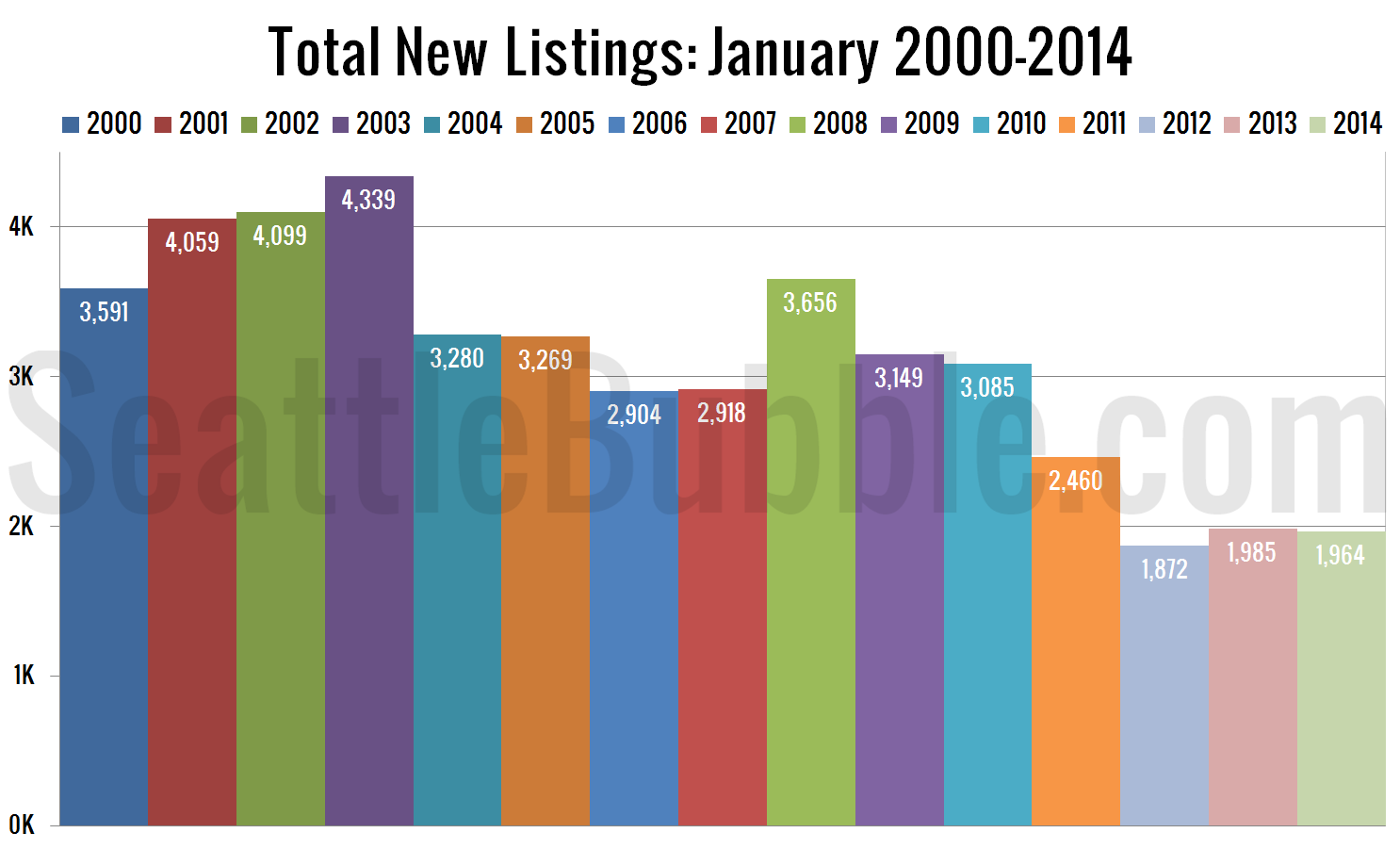 Let’s take a closer look at how listings increased (or didn’t) in January. 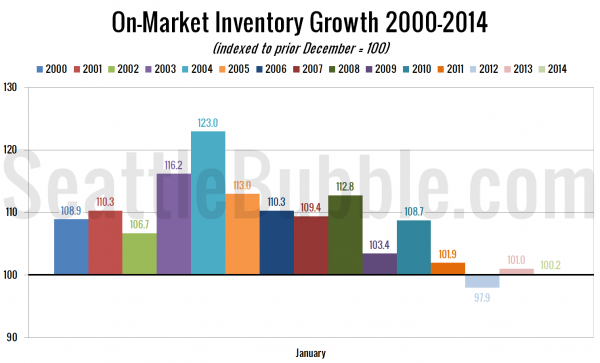 After improving over the last few months, on-market inventory growth lost some traction in January, falling to the second-lowest level on record when compared to December. 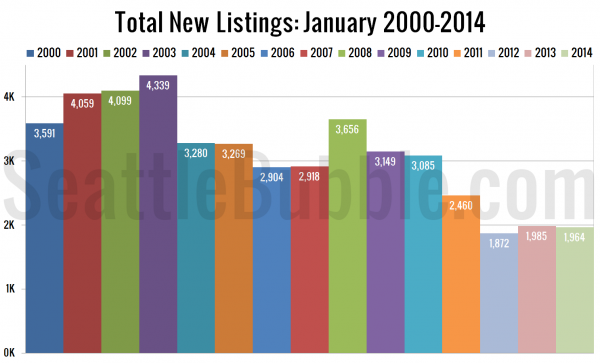 Slightly fewer new listings than January of last year, still way below the “normal” level of 3,000-4,000, with only about 2,000 new listings last month. 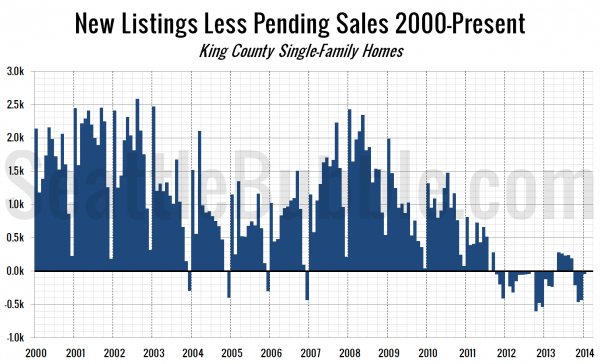 Didn’t quite move back into the black in January, but this year’s -46 level is definitely better than last year’s -537 level. This measure didn’t turn positive last year until April. Hopefully for buyers this year we’ll see it in the black by February. 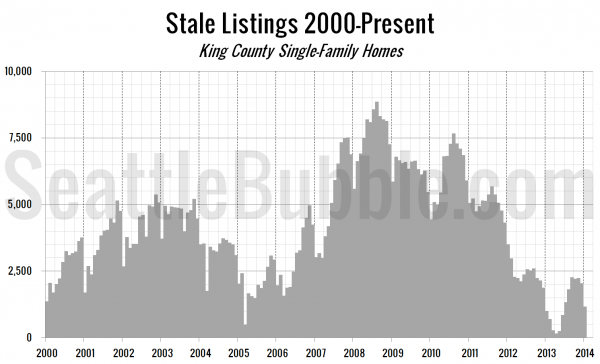 Stale listings dipped quite a bit this year between December and January. Most years they start increasing starting in February, although last year they fell last year until April.

If January is setting the tone for listings in 2014, expect this year to be another disappointing one for buyers hoping for good selection.