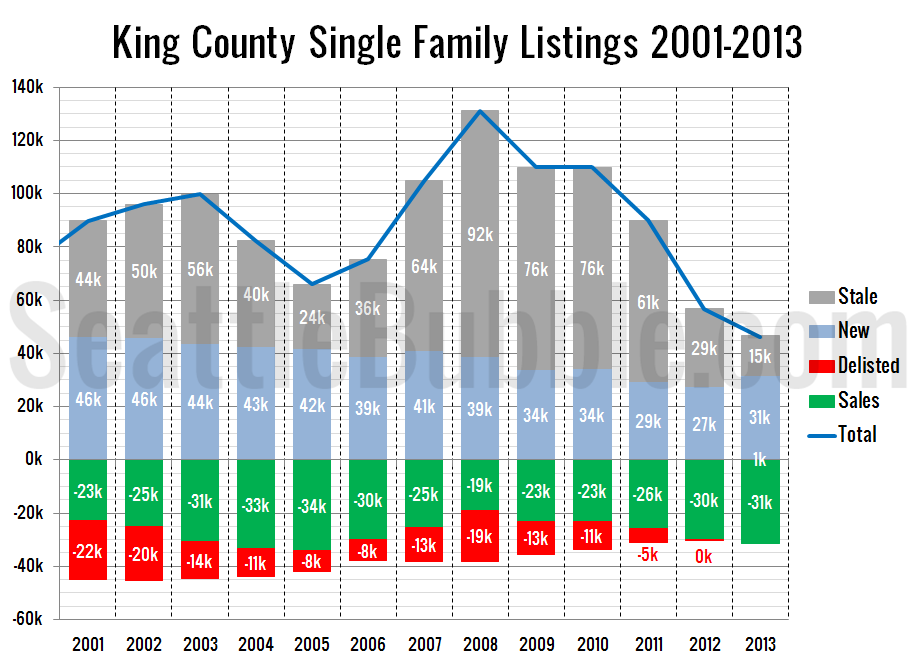 Let’s take a closer look at how listings did over the last few months of 2013 and for the year as a whole.

First up, let’s take a look at our yearly summary. 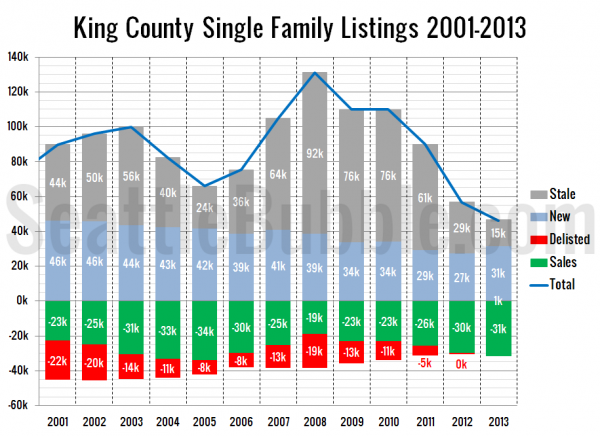 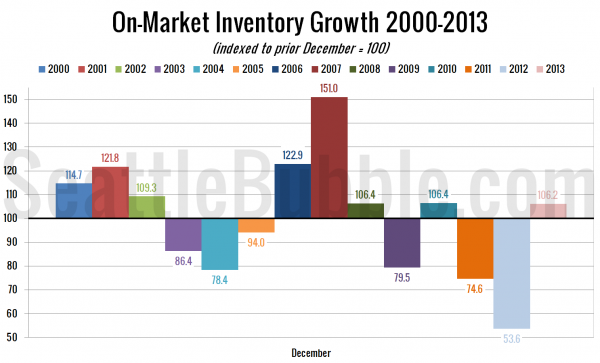 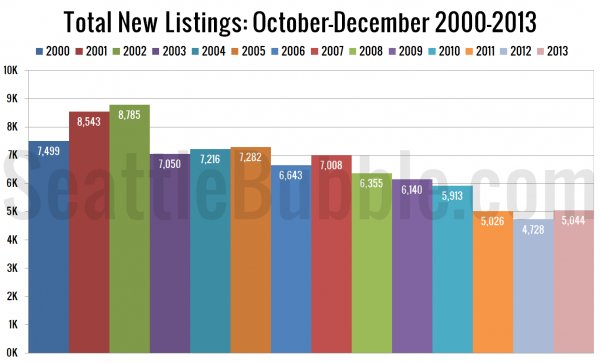 October through December 2013 saw more new listings than the same period in 2012 and 2011, but the number is still far short of a normal market. 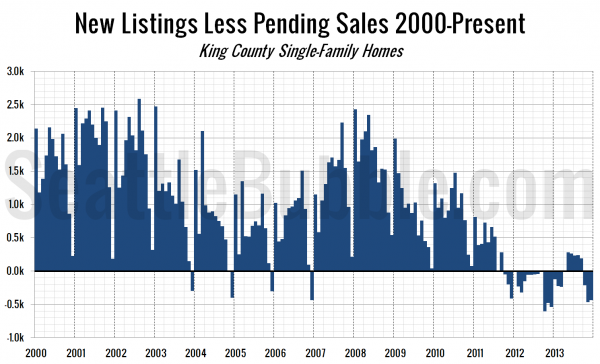 Not surprisingly, after flipping negative in October, this measure stayed in the red through December. Hopefully for buyers we see this back in black in January. 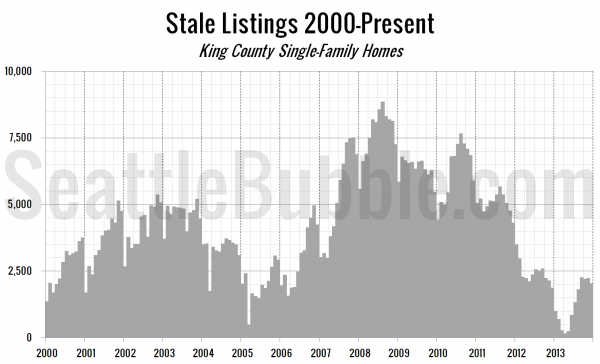 Stale listings dipped slightly in the last few months of the year, but remain slightly above the 2012 level.

January will set the tone for listings in 2014, so next month’s data should be interesting, one way or another.