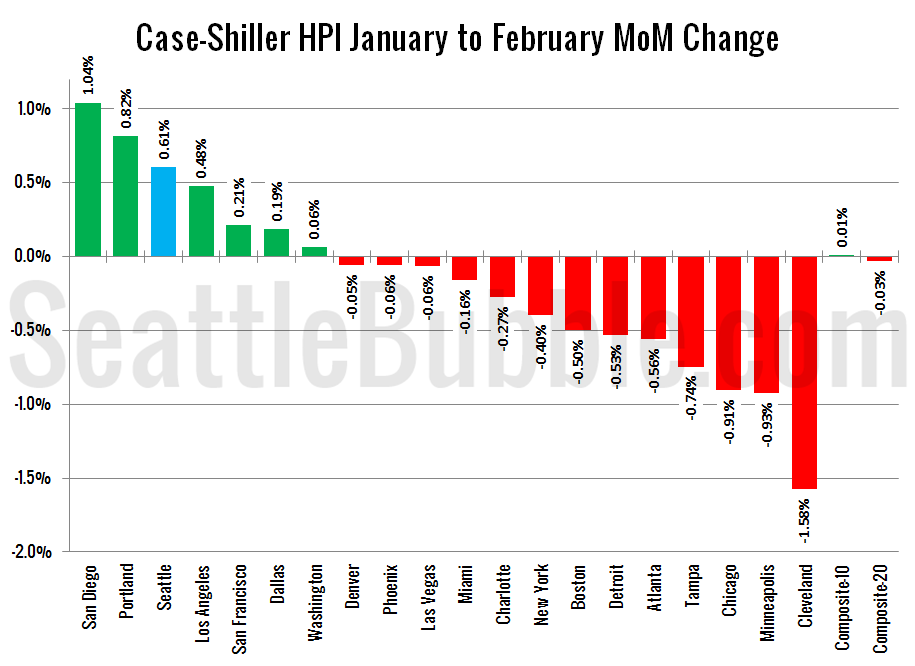 Let’s have a look at the latest data from the Case-Shiller Home Price Index. According to February data, Seattle-area home prices were:

Last year prices fell 0.3% from December to January and year-over-year prices were up 8.7%.

Home prices in Seattle rose between January and February for the first time since 2007.

Seattle’s position for month-over-month changes shot up from #19 in January to #3 in February. Only San Diego and Portland saw home prices rise more between January and February than they did in Seattle. 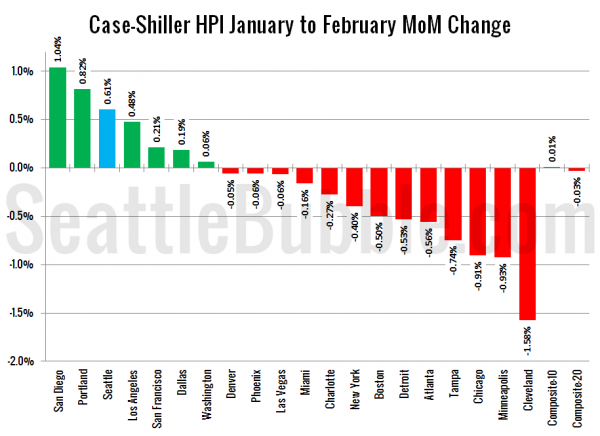 In February, nine of the twenty Case-Shiller-tracked cities gained more year-over-year than Seattle (one less than January):

Here’s the interactive chart of the raw HPI for all twenty cities through February. 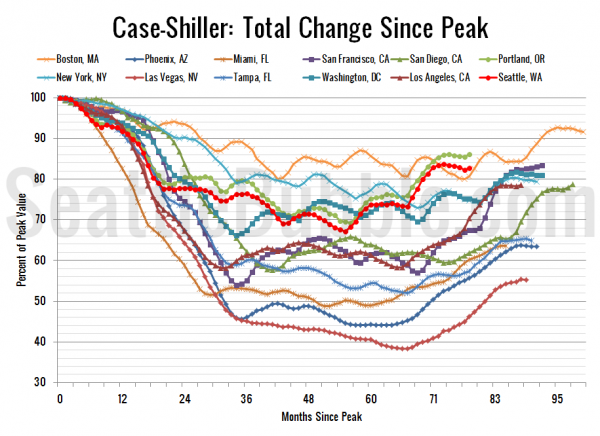 In the seventy-eight months since the price peak in Seattle prices have declined 17.3%.

Lastly, let’s see what month in the past Seattle’s current prices most compare to. As of February 2014, Seattle prices are right around where they were in September 2005. 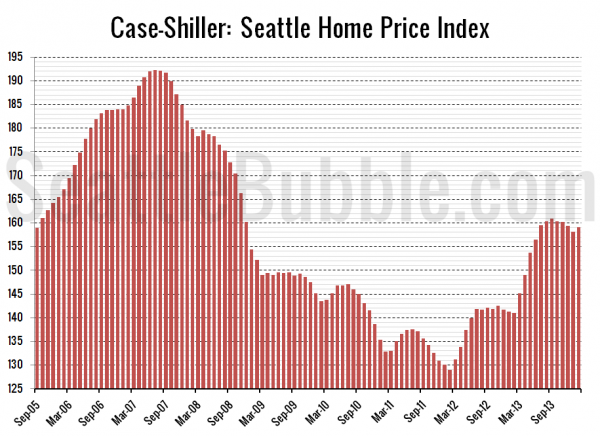