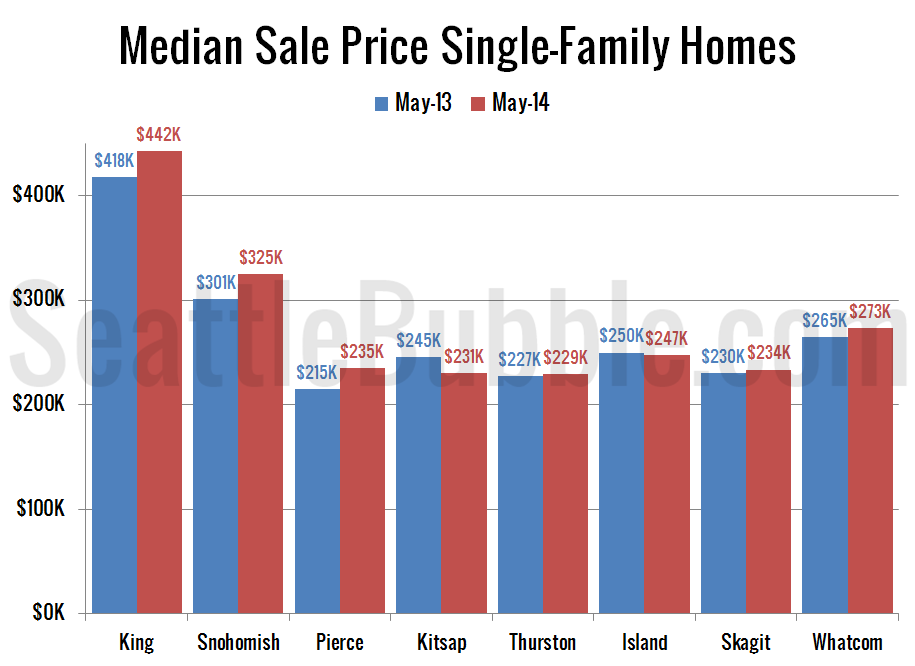 This month’s story in a nutshell: More supply, fewer sales, higher prices pretty much across the board.

Next let’s take a look at median prices in May compared to a year earlier. Prices were up from a year ago everywhere but Kitsap (down 6 percent) and Island (down 1 percent). Gains in the other counties ranged from as low as 1 percent in Thurston to as high as 9 percent in Pierce. 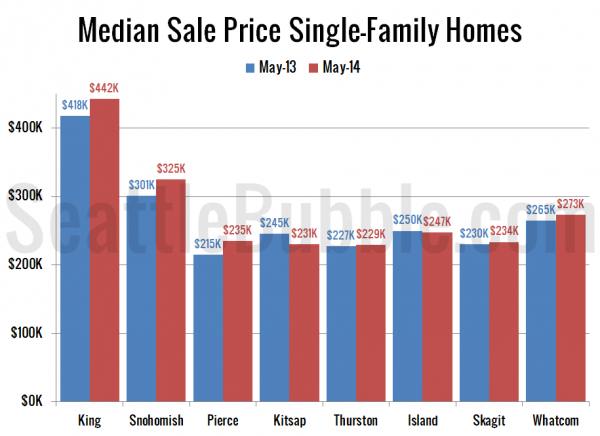 Listings are still increasing year-over-year in King, Snohomish, Pierce, and Thurston. This month Whatcom and Skagit also saw more homes on the market than a year ago. Interestingly, the only two counties with declining inventory were Kitsap and Island—the same two counties with decreasing prices. This is opposite of what you’d expect, where more supply typically puts downward pressure on prices. 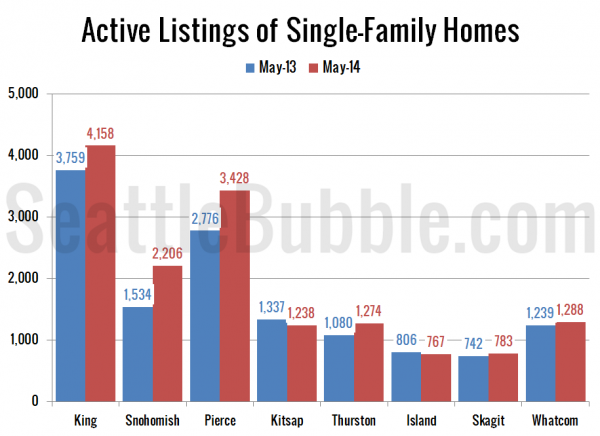 Closed sales fell in May in King, Snohomish, Kitsap, Thurston, and Whatcom, but were up from a year ago in Pierce, Island, and Skagit. 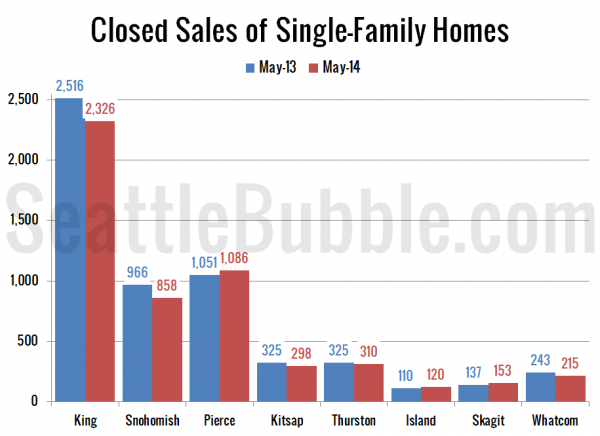 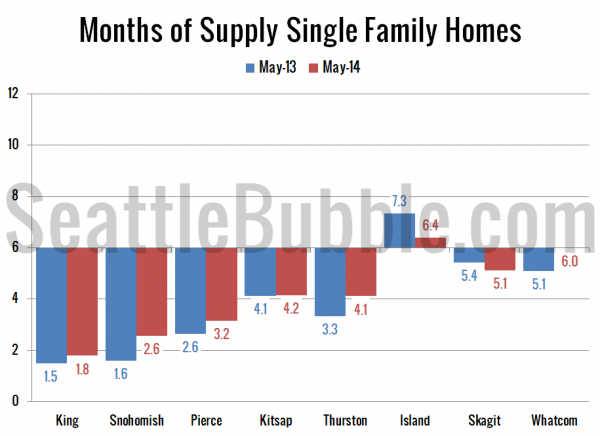 To close things out, here’s a chart comparing May’s median price to the peak price in each county. Everybody is still down between 8 percent (King) and 29 percent (Island). 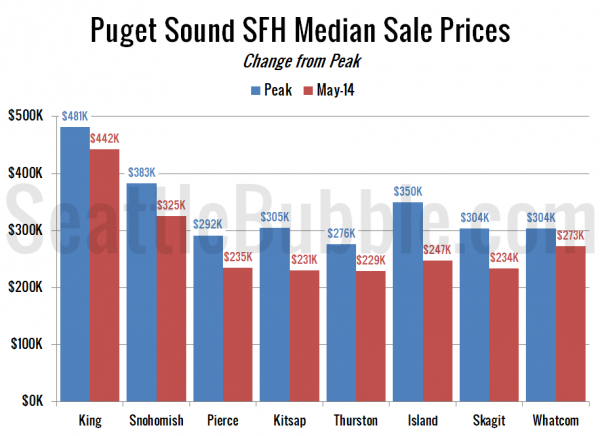