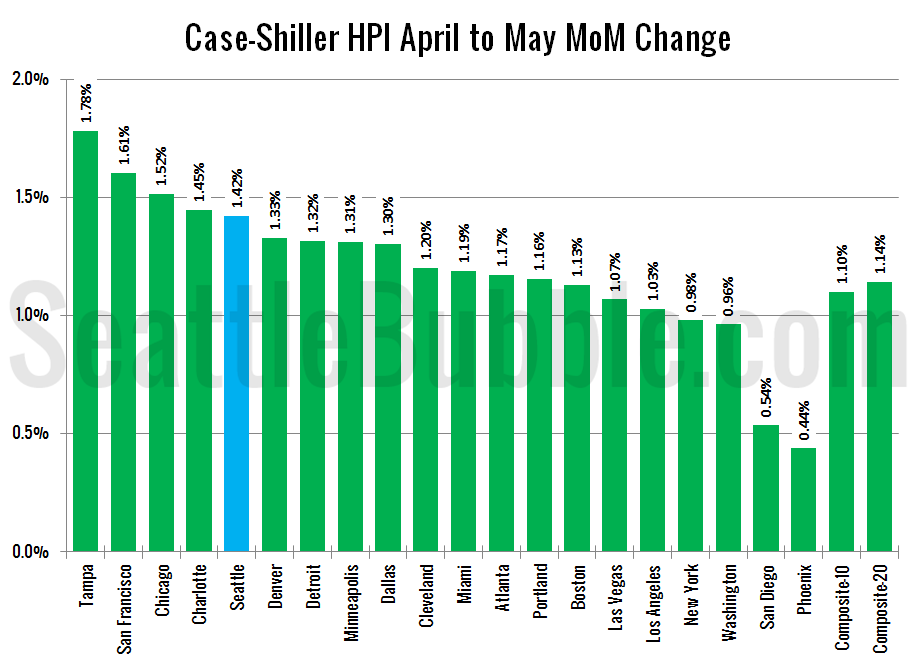 Although prices are still up quite a bit both month-over-month and year-over-year, May’s data actually shows some cooling compared to a month ago and a year ago.

Seattle’s position for month-over-month changes fell from #2 in April to #5 in May. Tampa, San Francisco, Chicago, and Charlotte all saw home prices rise more between April and May than they did in Seattle. 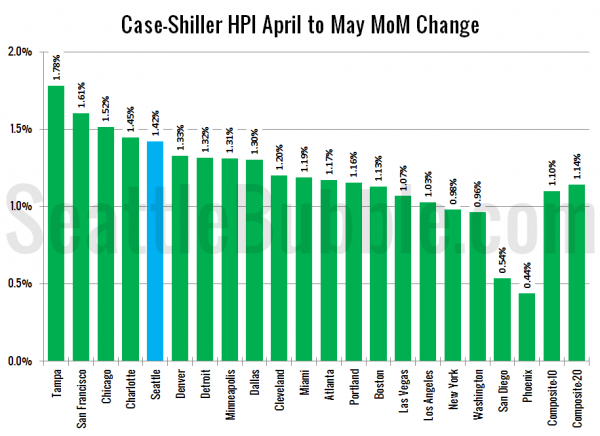 In May, nine of the twenty Case-Shiller-tracked cities gained more year-over-year than Seattle (two more than April): 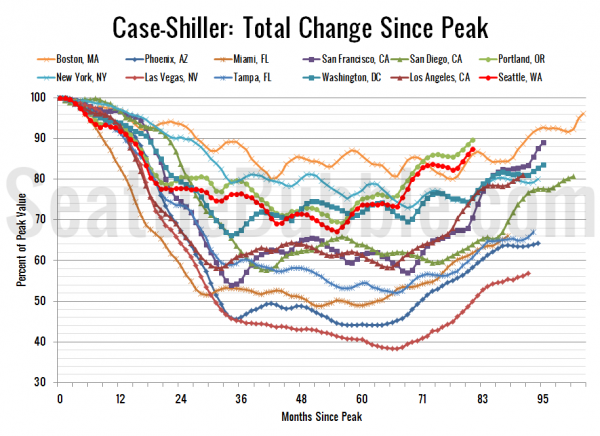 In the eighty-one months since the price peak in Seattle prices have declined 12.6%.

Lastly, let’s see what month in the past Seattle’s current prices most compare to. As of May 2014, Seattle prices are right around where they were in February 2006. 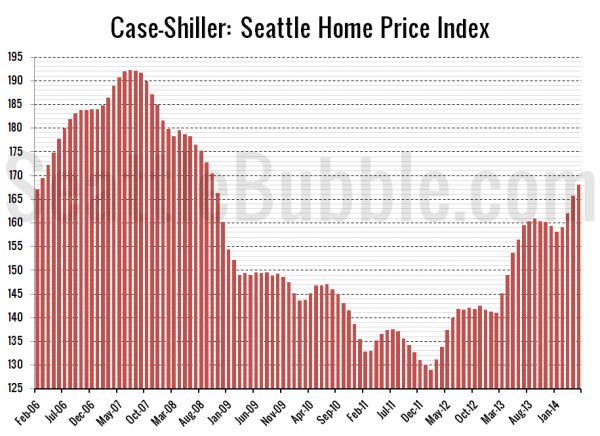