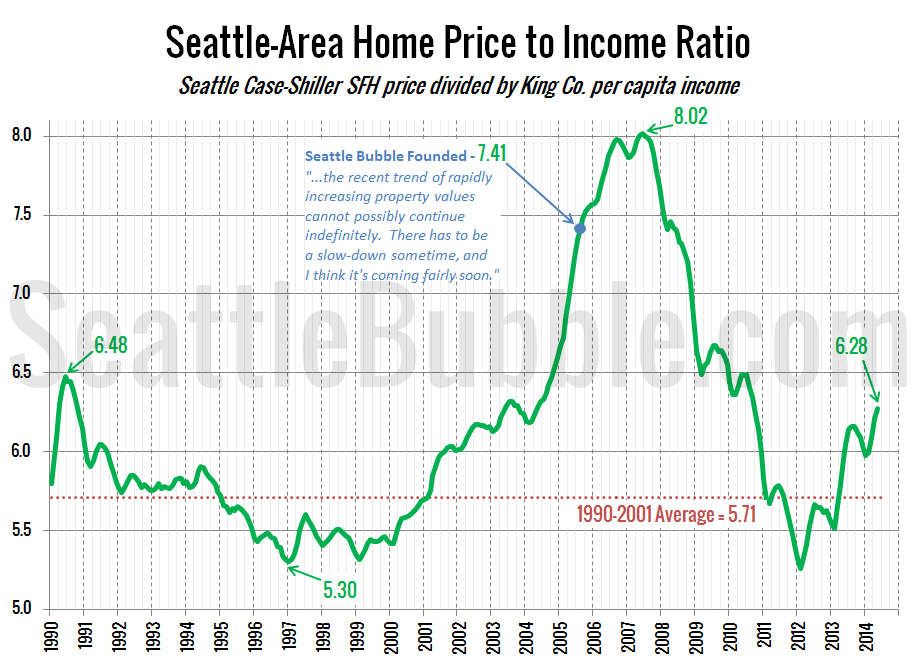 Continuing the “Another Bubble?” series we began yesterday, let’s take a look at another housing bubble metric: home prices compared to incomes.

For this post I’ll be using the Case-Shiller Home Price Index for the Seattle area (which rolls together King, Snohomish, and Pierce counties) and Bureau of Economic Analysis data on per capita incomes for King County. 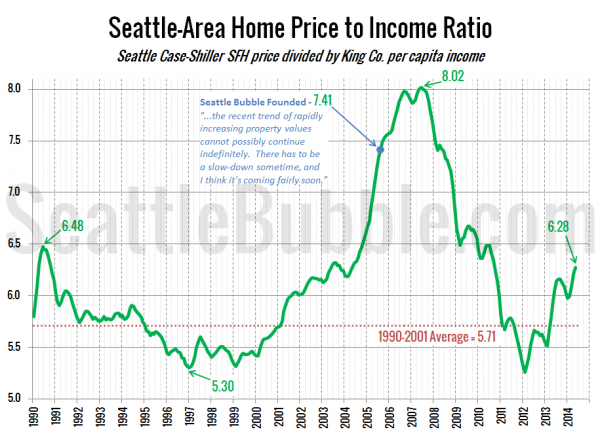 The lowest the price-to-income ratio got after the housing bust was 5.26 in February 2012—about 8 percent below the long-term pre-bubble average. Since then it has shot up a whopping 19 percent, and in May it hit the highest level since September 2010. 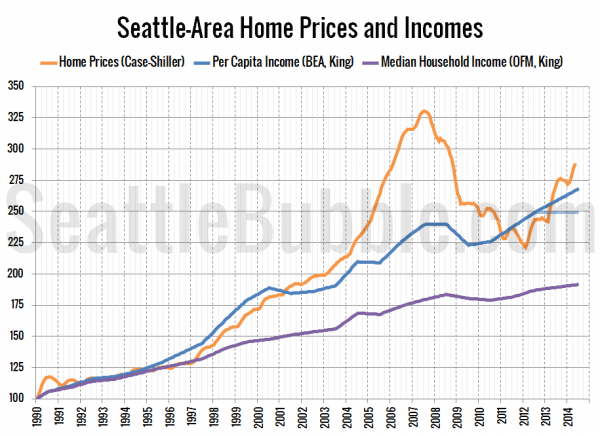 As of May, the Seattle area’s Case-Shiller home price index is 8.2 percent above the per capita income index. As with the rent comparison, this is the largest difference since mid-2010, a time when home prices were still dramatically falling.

When I started Seattle Bubble in August 2005 the home price index was 27.8 percent above the rent index. The difference peaked at 38.2 percent in June 2007.

The home price to income comparison looks more bubbly than price to rent does, but we’re still nowhere near where things were during the last housing craze.

Later this week we’ll continue looking at other metrics such as the affordability index.