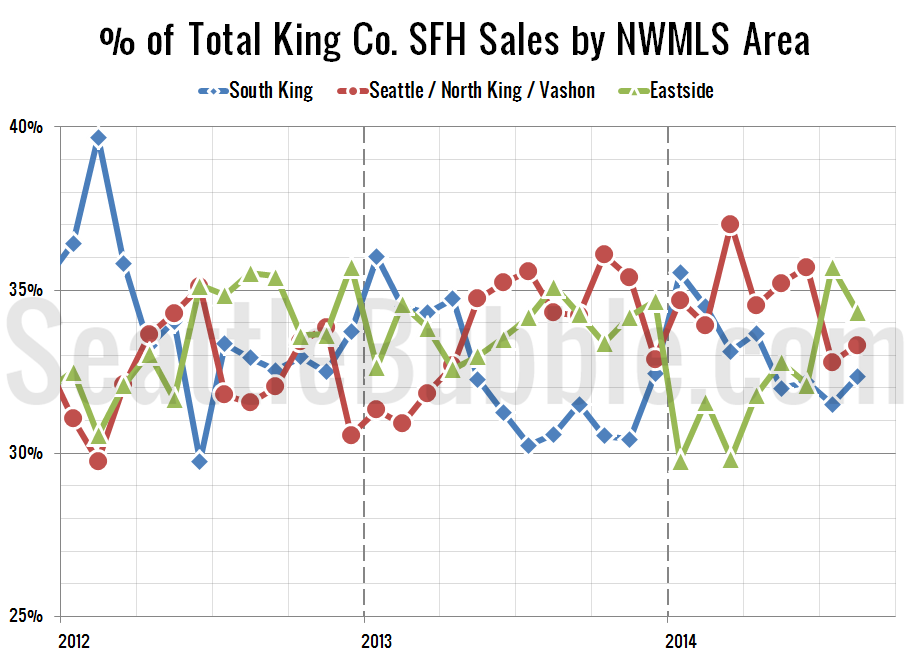 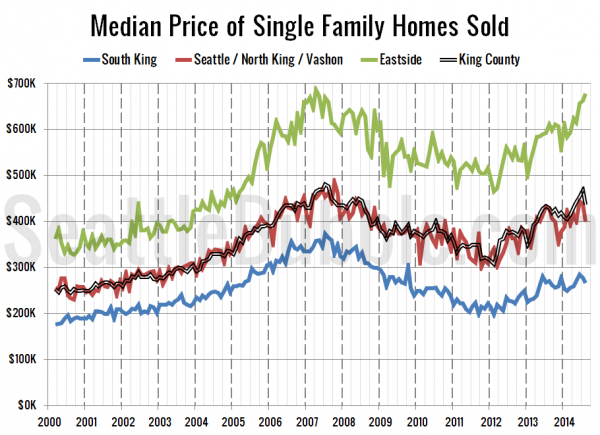 The median price in the low and middle tiers fell for the second month in a row between July and August. Meanwhile the high tier (Eastside) continued rising. The low tier fell 4.3 percent in the month, the middle tier decreased 8.8 percent, and the high tier gained 2.3 percent.

After just two months of declines, the median price in the low and middle tiers is now down year-over-year. Nineteen of the twenty-nine NWMLS regions in King County with single-family home sales in August had a higher median price than a year ago, while just eleven had a month-over-month increase in the median price. 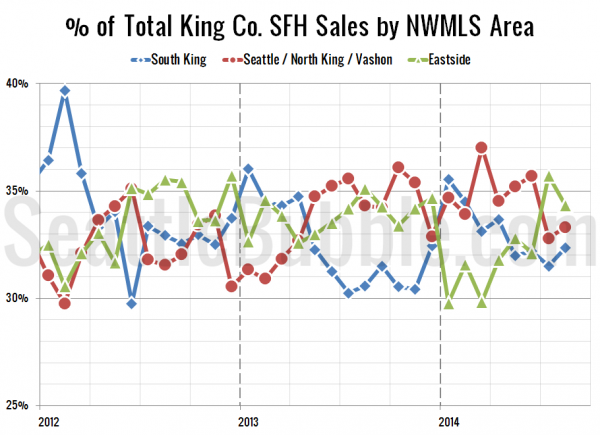 The share of sales in the low and middle tiers of South King and Seattle both gained ground in August, while Eastside sales dipped. This alone is enough to explain the dramatic month-over-month dip in the county-wide median price. Year-over-year sales were down in all three tiers. Compared to a year ago, sales decreased 1.5 percent in the low tier, fell 9.6 percent in the middle tier, and dropped 8.9 percent in the high tier. 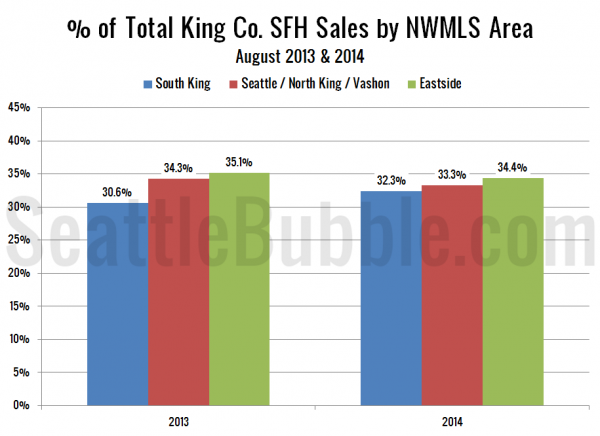 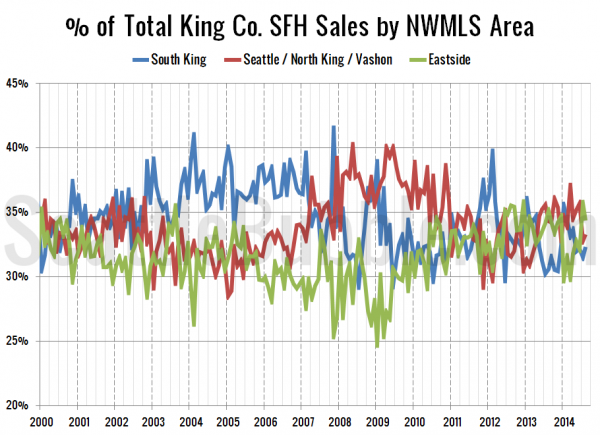 Last month I pointed out that “much of the big spike in the county-wide median price last month can likely be attributed to a shift in sales toward the more expensive neighborhoods on the Eastside.” This month with those expensive sales falling off, the big decline in the median can also be pinned on a sales shift.