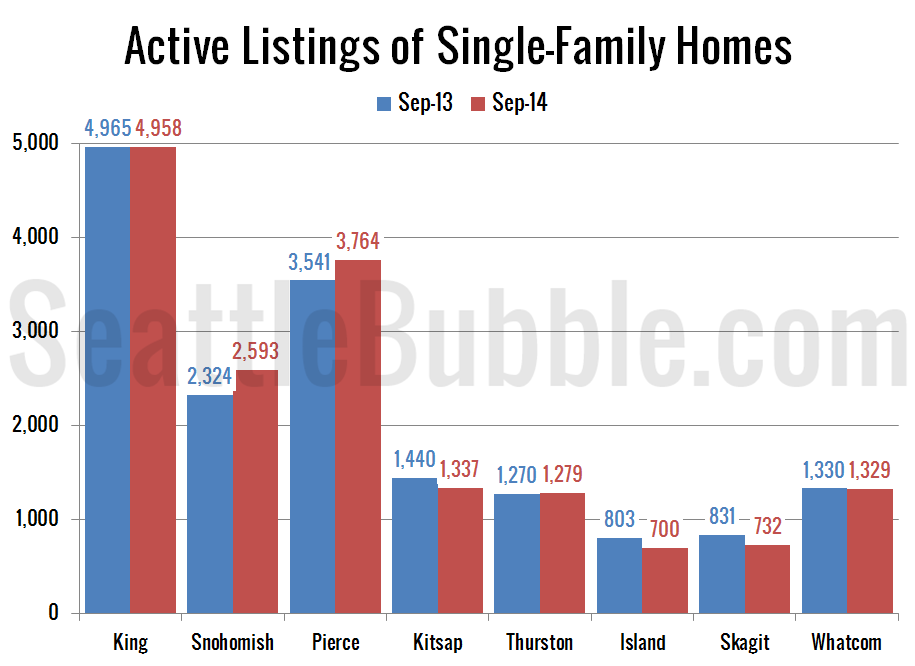 This month’s story in a nutshell: Boring seasonal slowdown. We saw the usual dip in listings and sales in most counties, and not much action on prices.

Next let’s take a look at median prices in September compared to a year earlier. Prices were up from a year ago in the closer-in counties, but down in Island, Skagit, and Whatcom. Gains ranged from as low as 2 percent in Kitsap to as high as 10 percent in King. 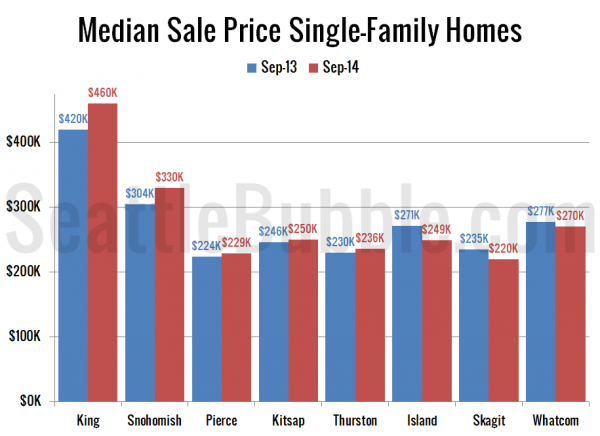 The number of listings increased year-over-year only in Snohomish, Pierce, and (barely) Thurston, while falling in in King, Kitsap, Island, Skagit, and Whatcom counties. The biggest gainer by far was once again Snohomish County at +12 percent. Inventory fell the most in Island and Skagit, both dropping over 11 percent from a year ago. 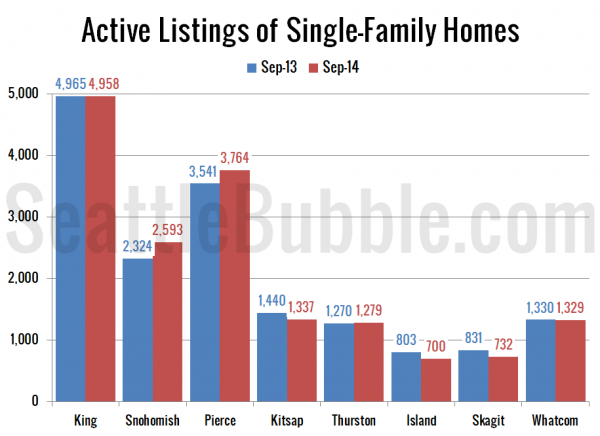 Closed sales fell in September compared to a year earlier in King, Thurston, Skagit, and Whatcom, and edged up in Snohomish, Pierce, Kitsap, and Island. Kitsap County saw the biggest sales gain, up 15 percent from last year. 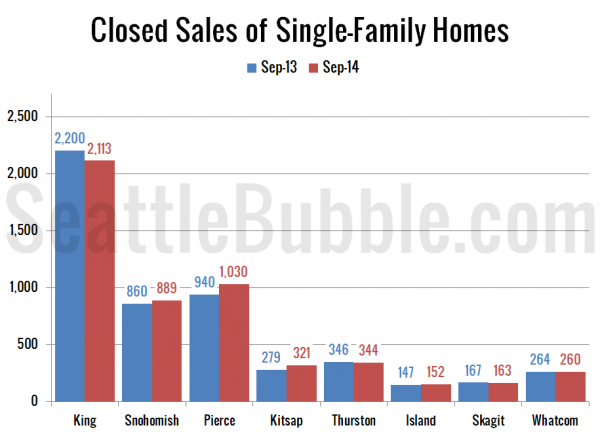 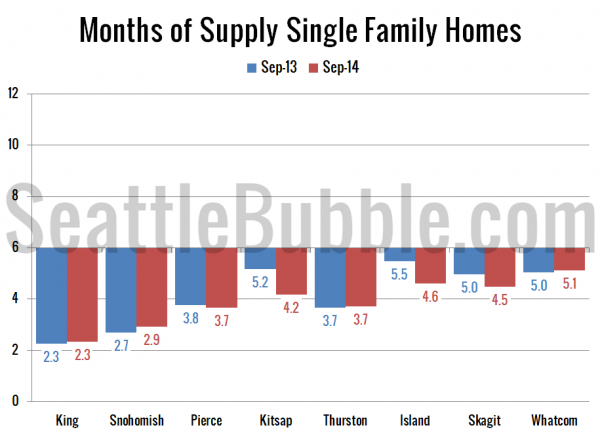 To close things out, here’s a chart comparing September’s median price to the peak price in each county. Everybody is still down from the peak, with drops ranging between just 4 percent in King County to 29 percent in Island County. 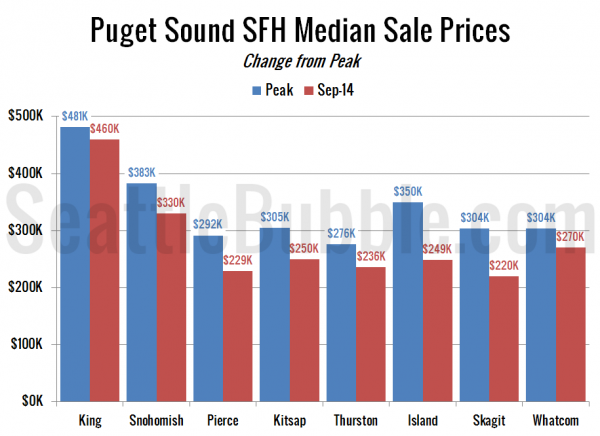 No big surprises this month. Looks like this year will close out with a pattern similar to most other years as the market goes into hibernation for the holidays.