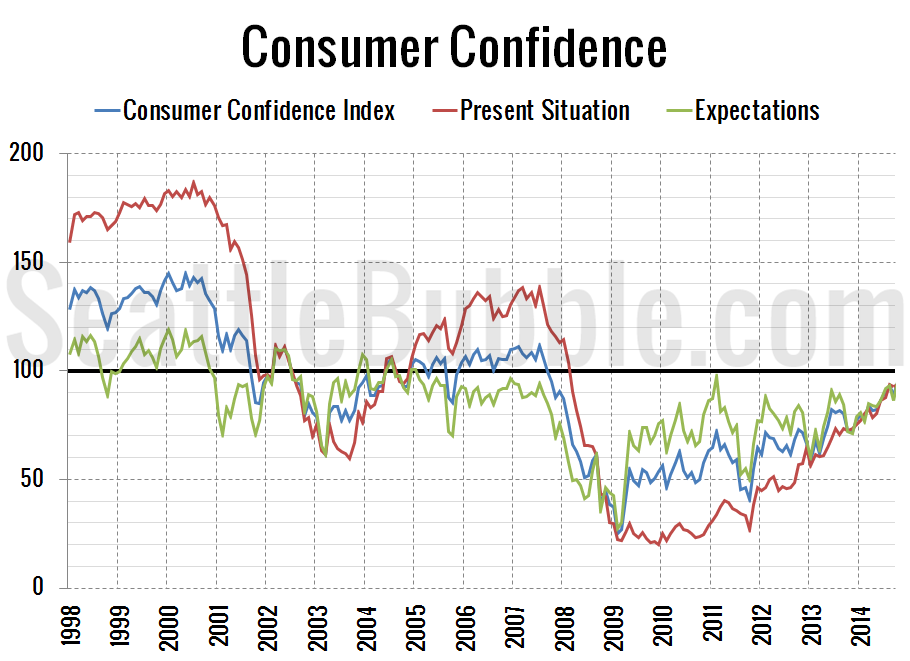 Before the NWMLS data hits this week let’s check in on how Consumer Confidence and mortgage interest rates fared during October.

First up, here’s the Consumer Confidence data as of October:

The overall Consumer Confidence Index currently sits at 94.5, up 6 percent in a month and up 31 percent from a year ago.

The Expectations Index also rose in October, up 10 percent from September, and is up from a year earlier by 32 percent. 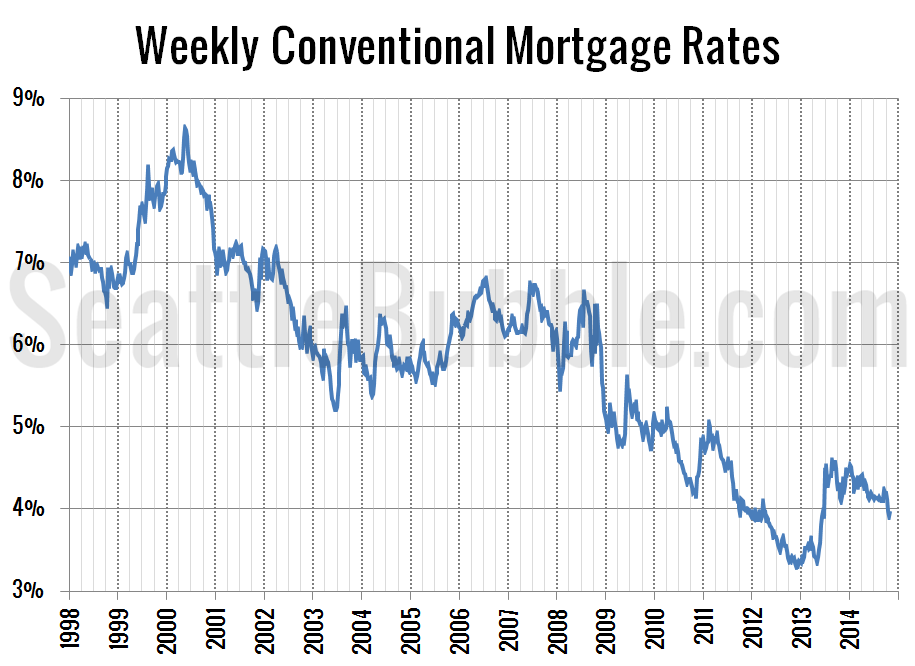 As of last week, the 30-year mortgage rate was at 3.98 percent, down slightly from the 4.14% level it has been averaging between late May and early October. Current interest rates are roughly on par with where they were in November 2011 and nearly two and a half points below the 6.41 percent average rate during the height of the housing bubble through 2006.