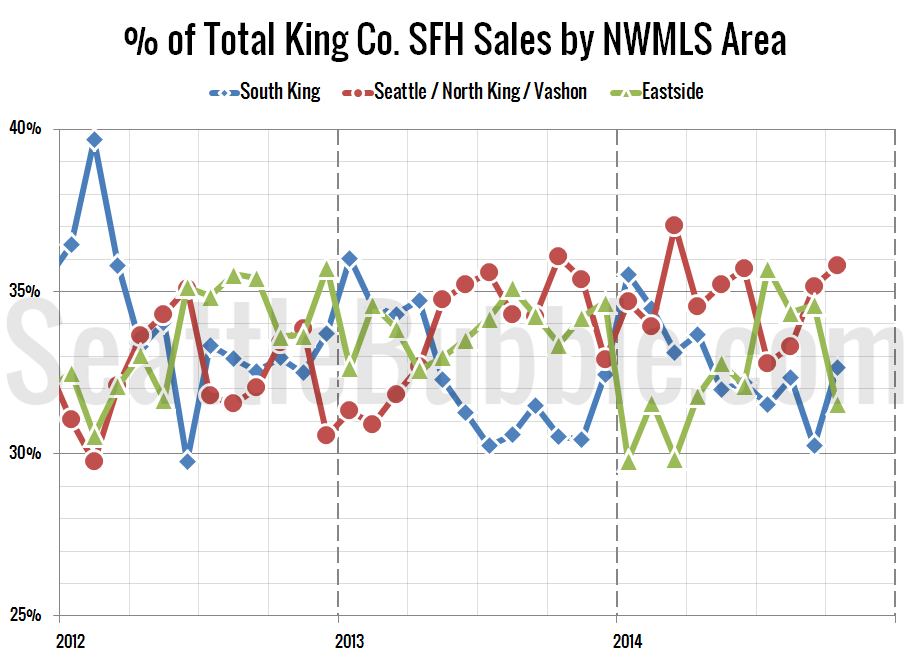 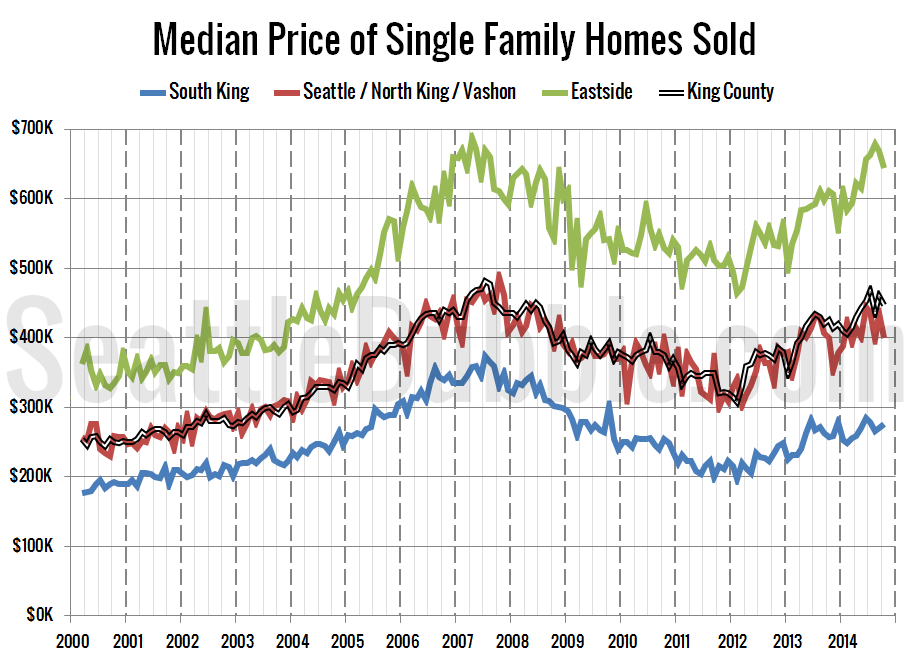 Twenty-two of the twenty-nine NWMLS regions in King County with single-family home sales in October had a higher median price than a year ago, while just twelve had a month-over-month increase in the median price.

The share of sales in the low tier regions of South King County gained ground in October. Seattle gained slightly as well, while Eastside sales dipped. This shift in the geographic sales mix away from the expensive regions and toward the cheaper regions explains much of the month-over-month dip in the county-wide median price. 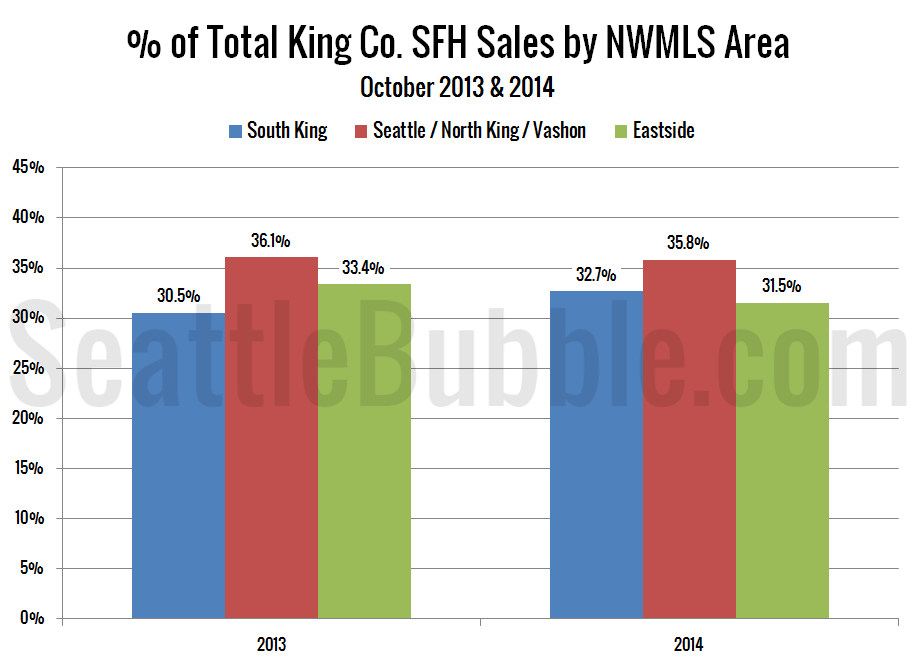 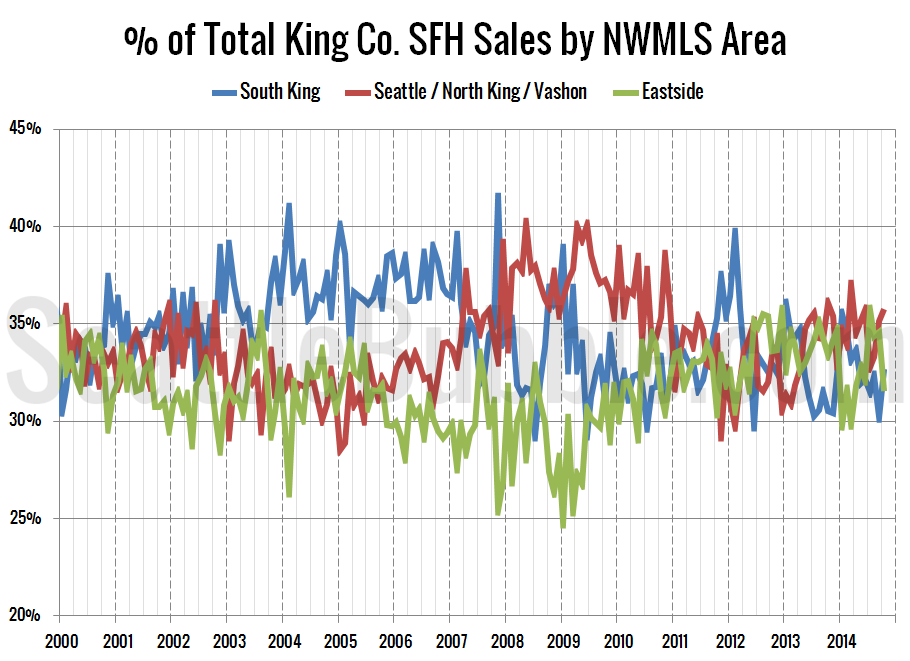 Interesting to see a dip in overall sales on the Eastside as sales in Seattle and South King jumped up quite a bit from September. Most likely all three tiers will see a dip in sales next month.