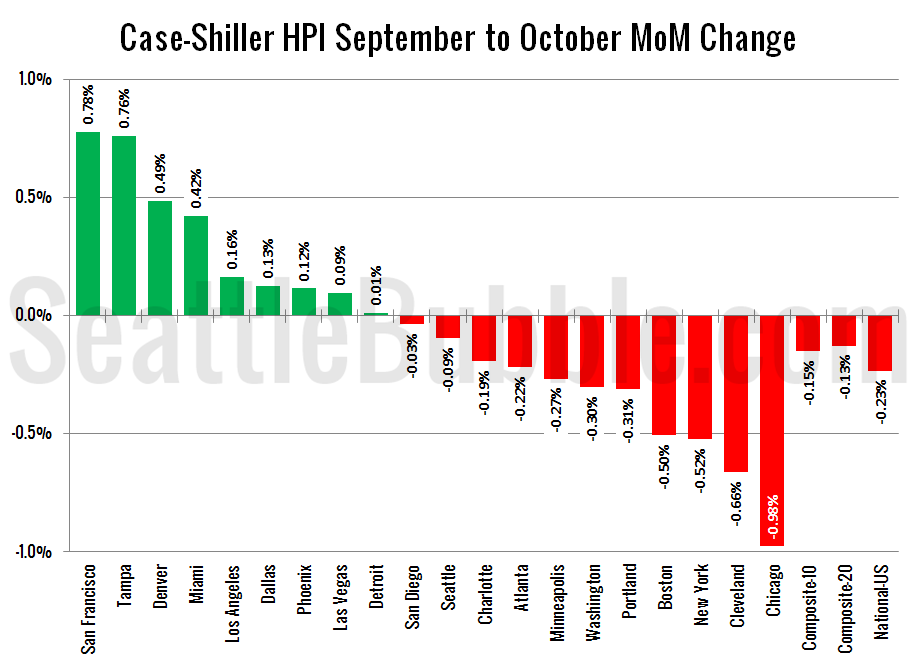 Let’s have a look at the latest data from the Case-Shiller Home Price Index. According to October data, Seattle-area home prices were:

Last year at this time prices were still rising. They increased 0.3% from August to September and year-over-year prices were up 13.2% (the highest point gains have hit since late 2006).

Seattle’s position for month-over-month changes increased from #16 in September to #11 in October. San Francisco, Tampa, Denver, Miami, Los Angeles, Dallas, Phoenix, Las Vegas, Detroit, and San Diego all saw home prices rise more or fall less between September and October than they did in Seattle.

In October, five of the twenty Case-Shiller-tracked cities gained more year-over-year than Seattle (one fewer than September): 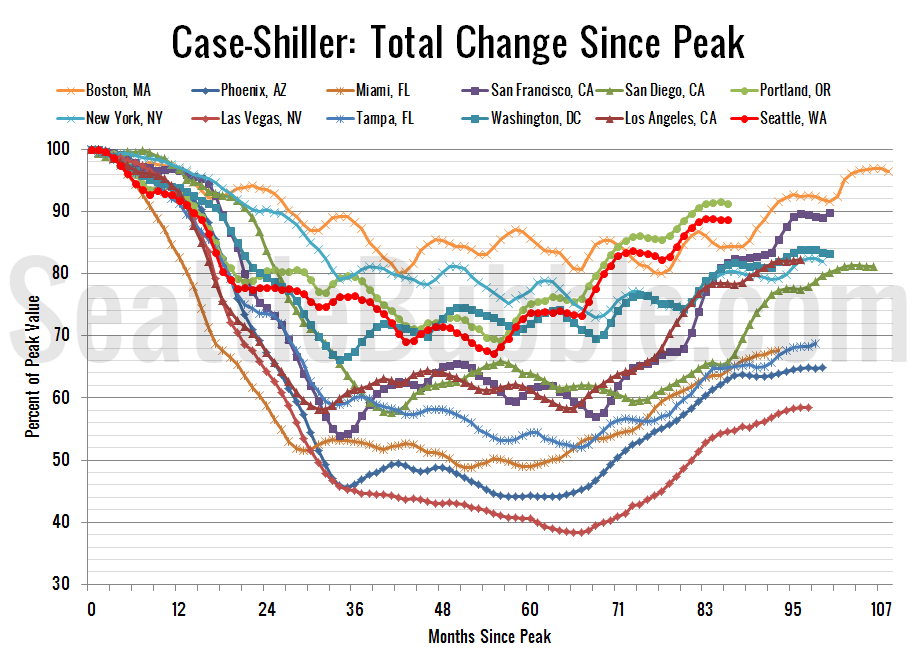 In the eighty-six months since the price peak in Seattle prices have declined 11.4%.

Lastly, let’s see what month in the past Seattle’s current prices most compare to. As of October 2014, Seattle prices are still roughly right around where they were in March 2006. 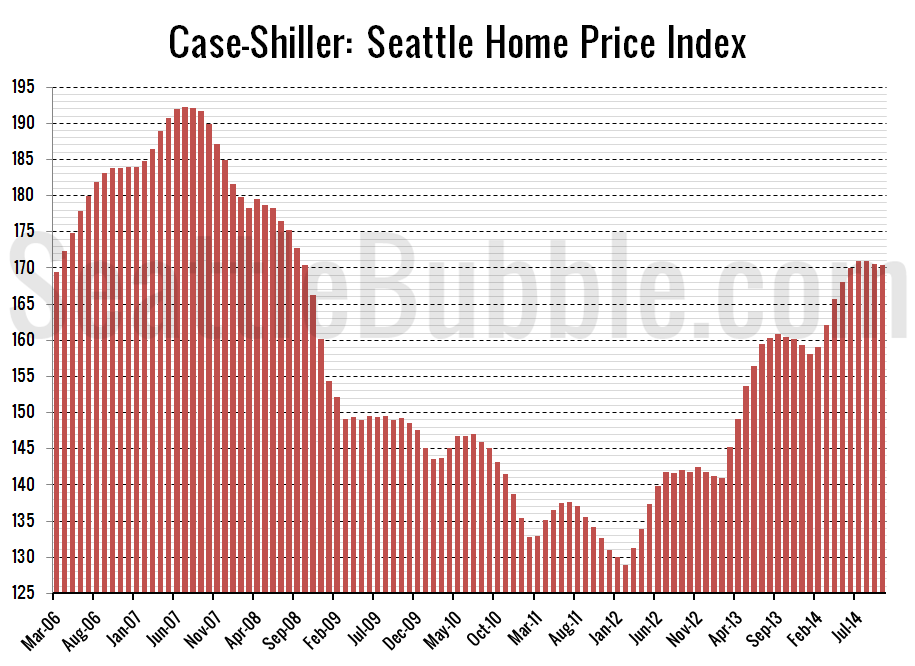