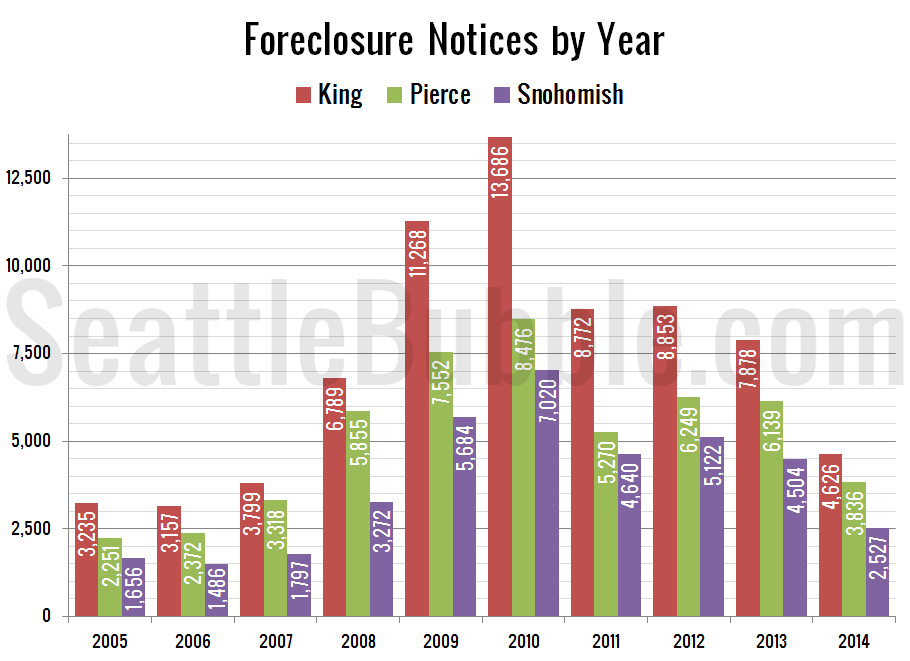 It’s time for our detailed look at December foreclosure stats in King, Snohomish, and Pierce counties. First up, the Notice of Trustee Sale summary:

The number of trustee sale notices was down big yet again both from last year, but edged up slightly from the previous month. Here’s the chart of foreclosures per business day. King and Pierce both increased month-over-month even after adjusting for business days, but Snohomish fell slightly: 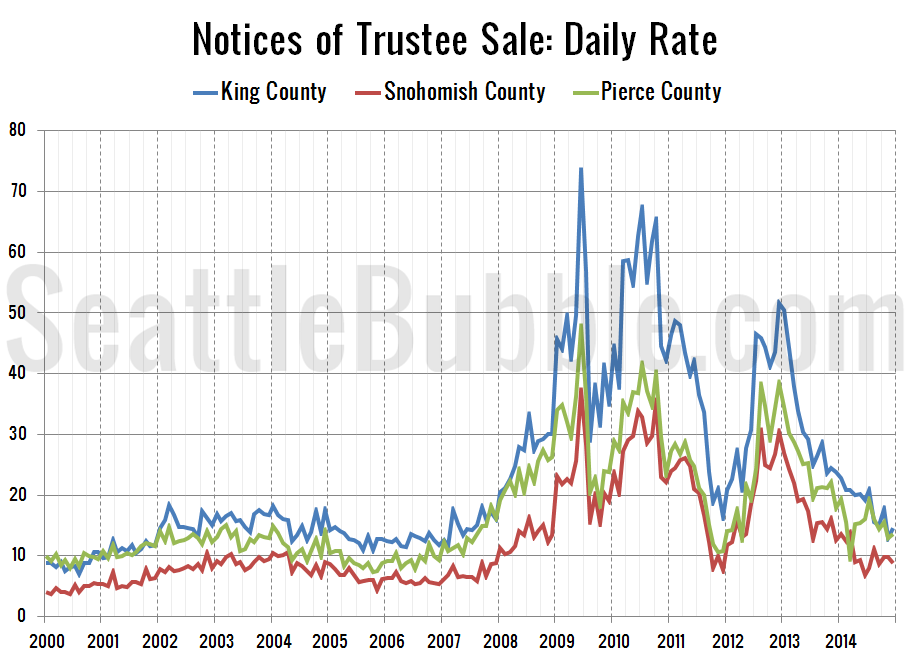 Since all of 2014 is now in the books, let’s also take a look at annual stats for the three counties. Here’s how 2014 compared to recent years:

In 2014 all three counties saw their smallest level of foreclosure notices since 2007—the year home prices peaked in the Seattle area. Year-over-year, the annual total of foreclosures notices was down 41% in King County, down 38% in Snohomish County, and down 44% in Pierce County.

We didn’t quite get down to the same level that we saw in the years during the housing bubble, but we’re awfully close. 2015 seems likely to be the year foreclosure levels return to their pre-bust levels. 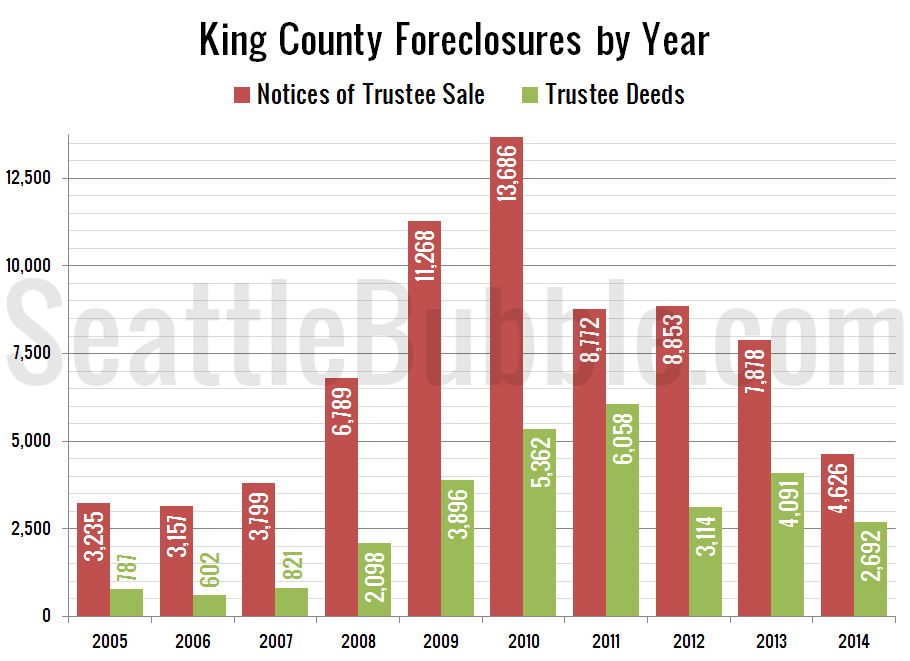 The percentage of households in the chart above is determined using OFM population estimates and household sizes from the 2000 Census. King County came in at 1 NTS per 2,598 households, Snohomish County had 1 NTS per 1,430 households, and Pierce had 1 NTS for every 1,064 households (higher is better).

According to foreclosure tracking company RealtyTrac, Washington’s statewide foreclosure rate for May of one foreclosure for every 1,530 housing units was 22nd highest among the 50 states and the District of Columbia. Note that RealtyTrac’s definition of “in foreclosure” is much broader than what we are using, and includes Notice of Default, Lis Pendens, Notice of Trustee Sale, and Real Estate Owned.