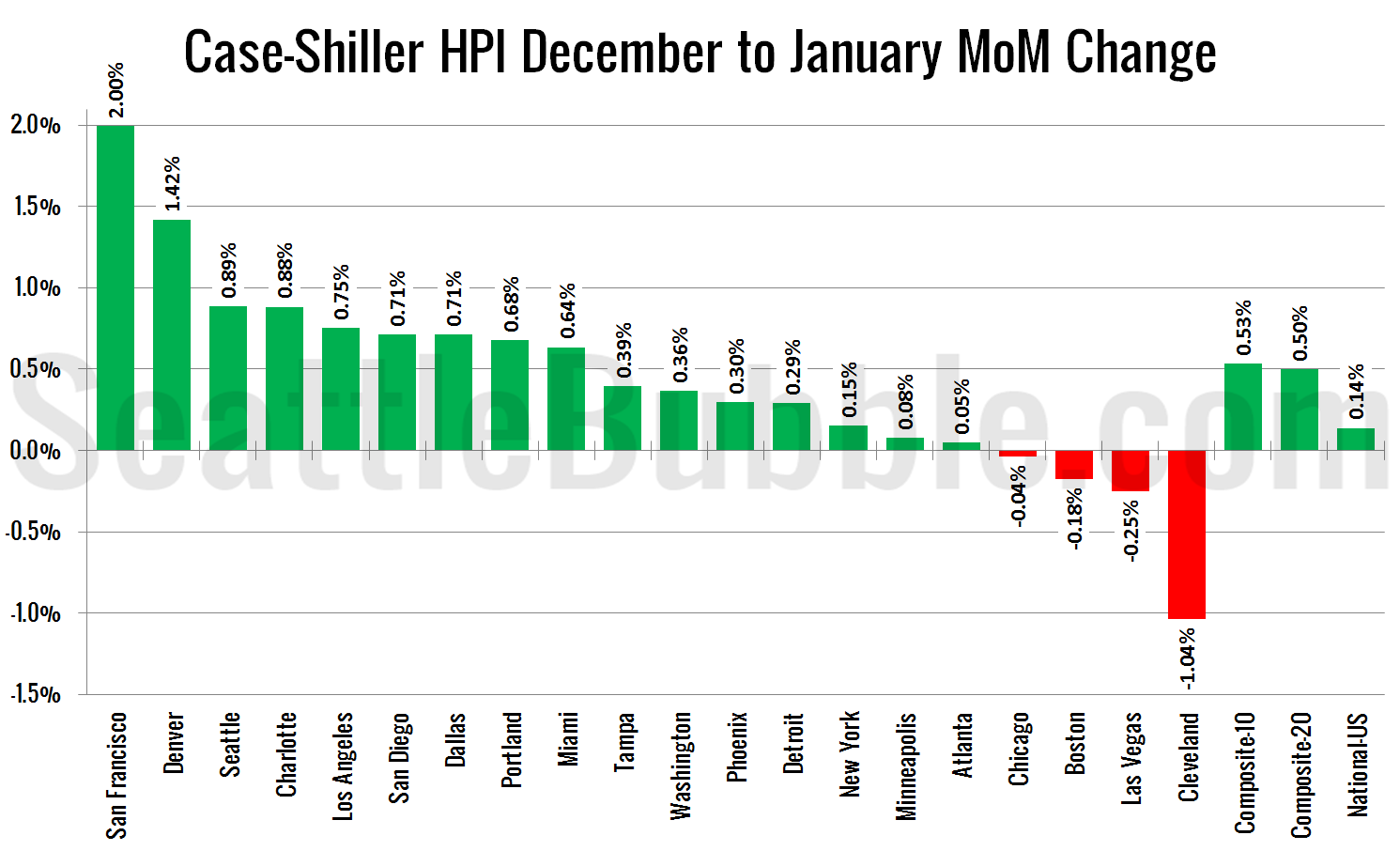 Let’s have a look at the latest data from the Case-Shiller Home Price Index. According to February data, Seattle-area home prices were:

Last year at this time prices rose 0.6% month-over-month and year-over-year prices were up 12.8%.

Year-over-year price gains edged up again in February with another big month-over-month gain as well.

Here’s an interactive graph of the year-over-year change for all twenty Case-Shiller-tracked cities, in a Plot.ly chart since Tableau seems to have decided that the version I’m running is obsolete. You can still add or remove cities by clicking them on the left, or use the controls at the top right to zoom and scale. Seattle’s position for month-over-month changes rose from #19 in January to #3 in February. Only San Francisco and Denver saw home prices increase more between January and February than they did in Seattle.

In February, four of the twenty Case-Shiller-tracked cities gained more year-over-year than Seattle (one less than in January):

Here’s the interactive chart of the raw HPI for all twenty cities through February. 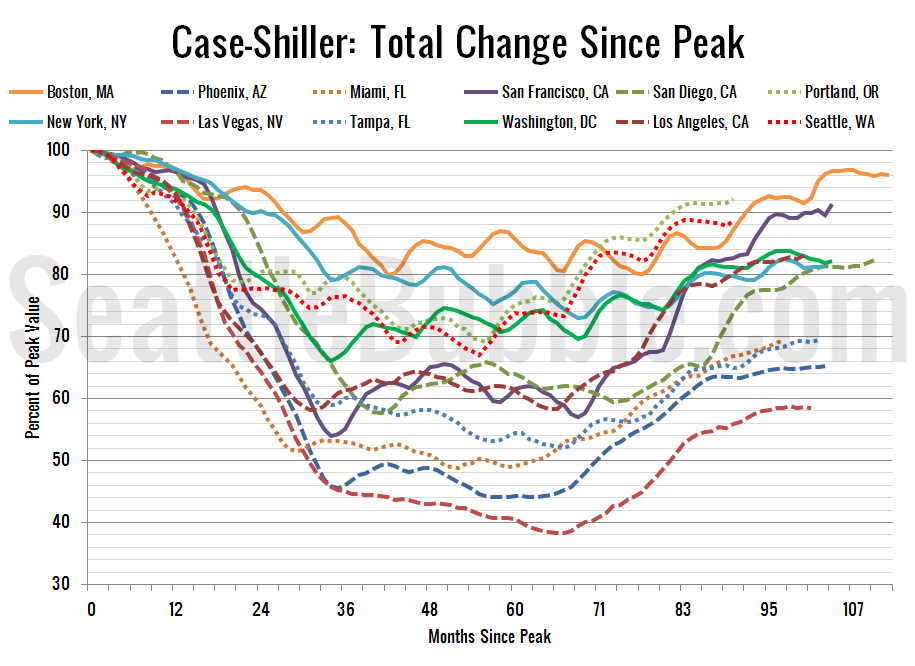 In the ninety-one months since the price peak in Seattle prices have declined 11.4%.

Lastly, let’s see what month in the past Seattle’s current prices most compare to. As of February 2015, Seattle prices are still closest to where they were in March 2006. 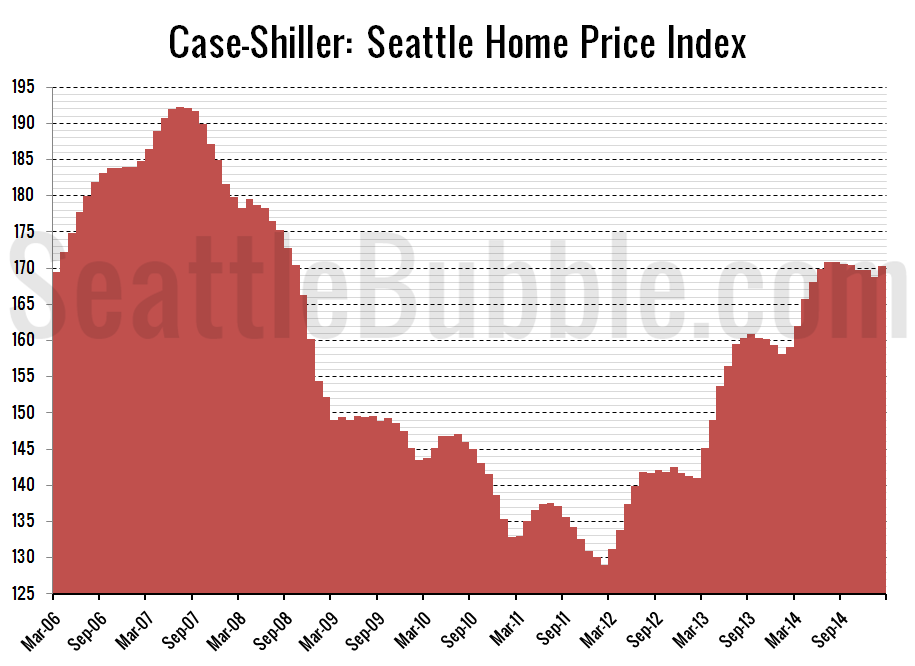