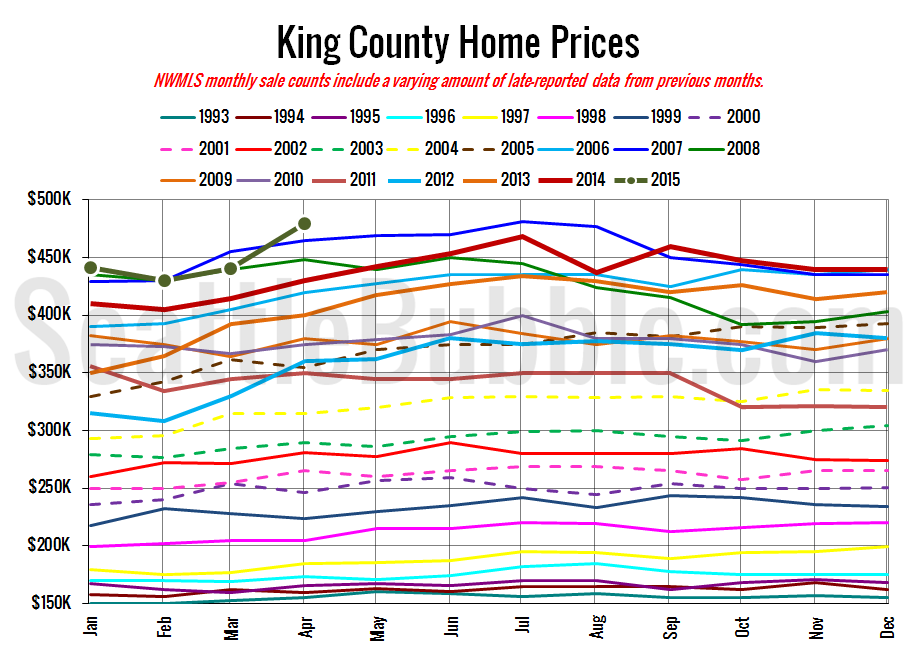 April market stats were published by the NWMLS yesterday. Before we get into our monthly stats, here’s a quick look at their press release.

Buyer confidence and buyer ability to purchase are fueling activity, suggested Ken Anderson, the managing broker and owner of Coldwell Banker Evergreen Olympia Realty. “Long building pent-up demand is being unleashed,” he commented.
…
Closed sales and prices also accelerated, according to Northwest MLS statistics. Across the 23 counties covered by the report there were 7,696 closed sales. That total represents a 24.3 percent increase from the year-ago volume of 6,190 closings. Within the four county region, Pierce County experienced a jump of nearly 38 percent in closed sales compared to a year ago, followed by Snohomish County with a 35 percent increase, prompting one MLS director to comment, “That is super amazing.”

You can almost hear the home salespeople high-fiving each other from here. 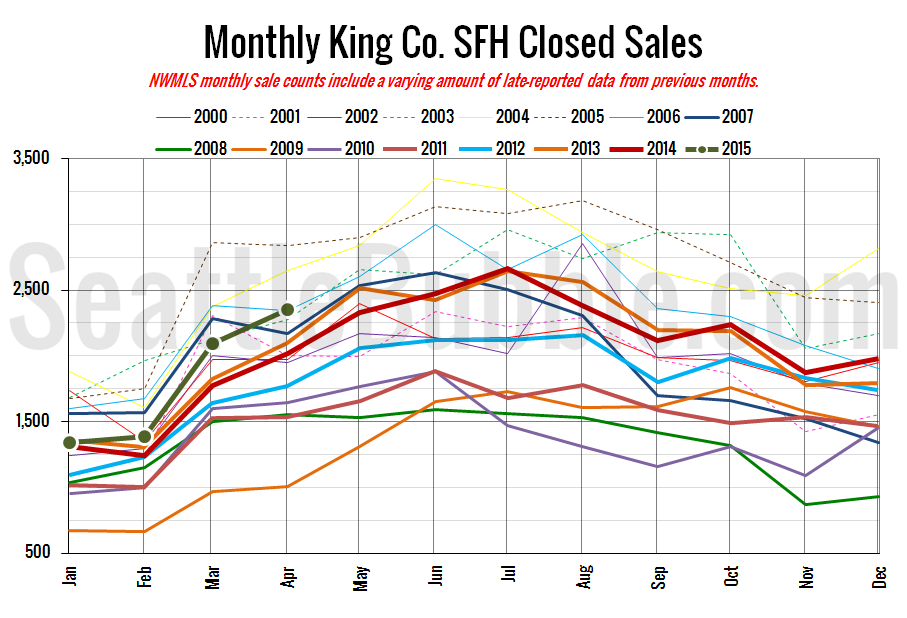 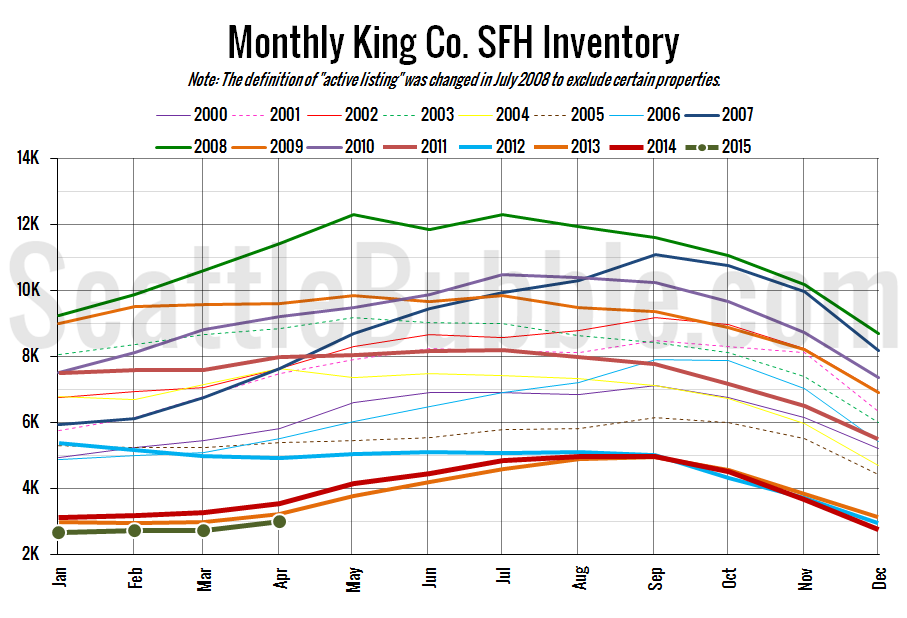 Inventory saw its biggest month-over-month increase since last May, up 10 percent from last month. However, year-over-year inventory is still down double digits, off 15 percent from a 2014. 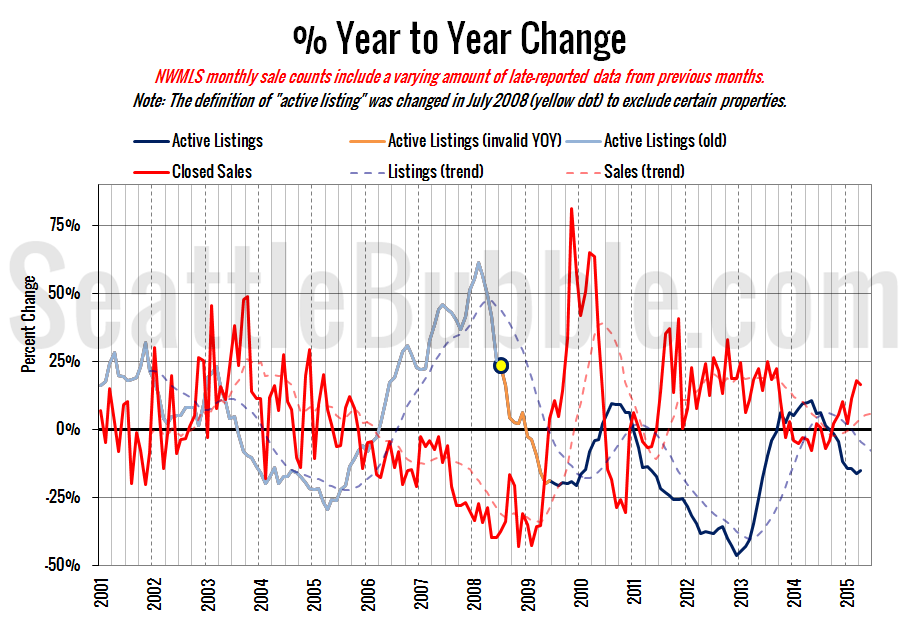 Both supply and demand inched slightly back toward buyers’ favor in April, but remain well in seller’s market territory. 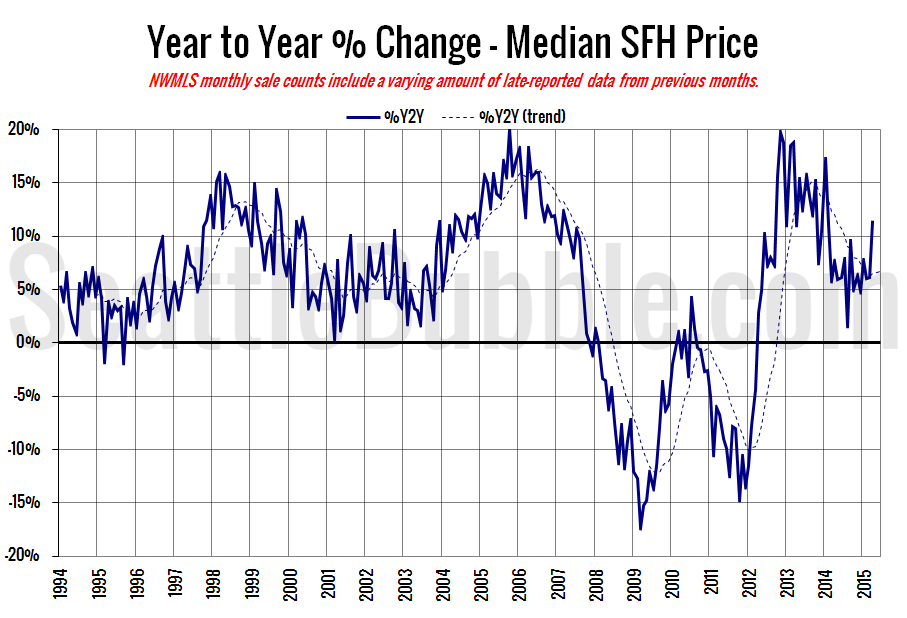 Last month I said that I was “frankly shocked that this chart isn’t in the double digits.” Well, now it is. Sorry, buyers.

The median home price shot up in April to just shy of the July 2007 peak. Remember that these values are not adjusted for inflation though. Maybe later this week I’ll post an inflation-adjusted version of this chart to see where we stand.