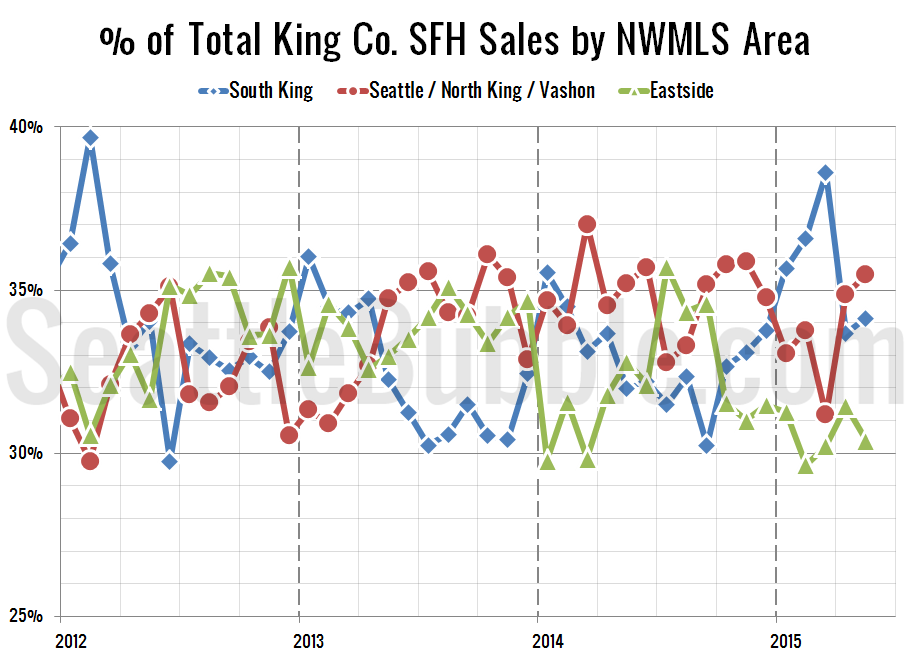 It’s been a few months since we updated our look at how King County’s sales are shifting between the different regions around the county. This data is interesting to keep tabs on since geographic shifts can and do affect the median price. 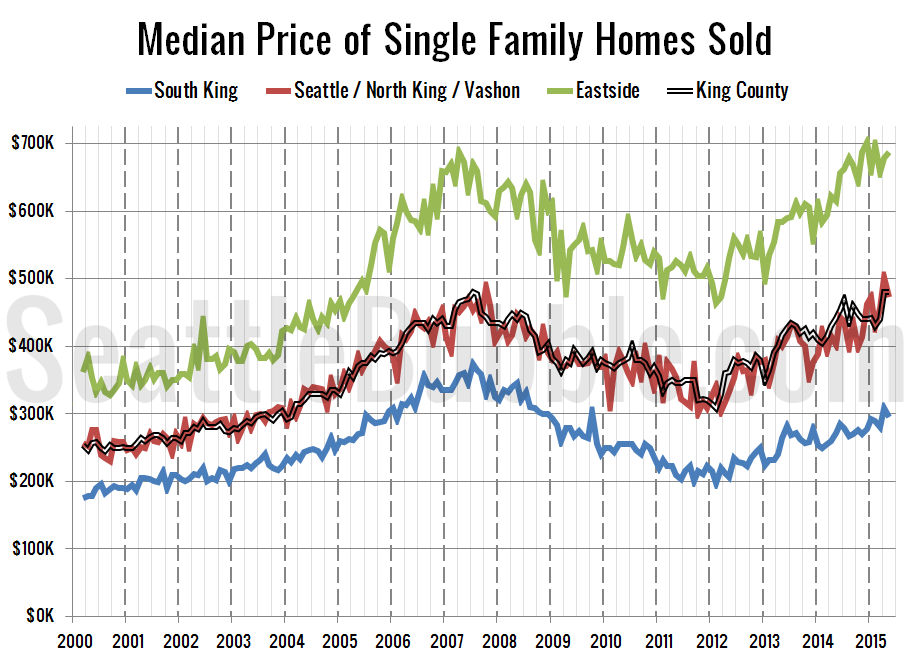 Twenty-five of the twenty-nine NWMLS regions in King County with single-family home sales in May had a higher median price than a year ago, while fourteen had a month-over-month increase in the median price.

Sales in all three regions spiked up dramatically between April and May, and month-to-month the mix shifted slightly away from the Eastside high tier and into the South King and Seattle regions. Month-over-month sales were up 15.7 percent in the low tier, up 16.1 percent in the middle tier, and up 10.3 percent in the high tier. 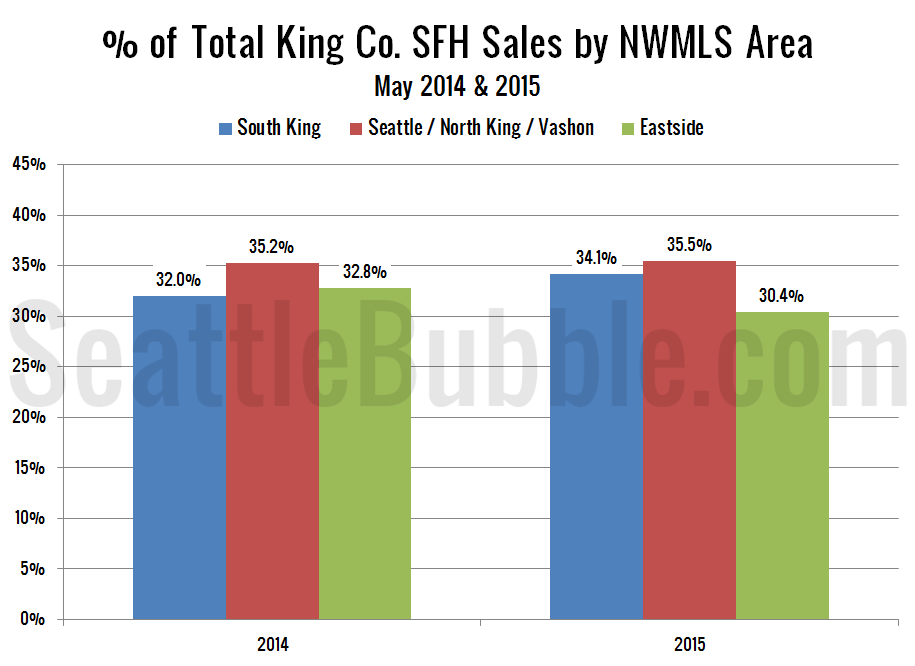 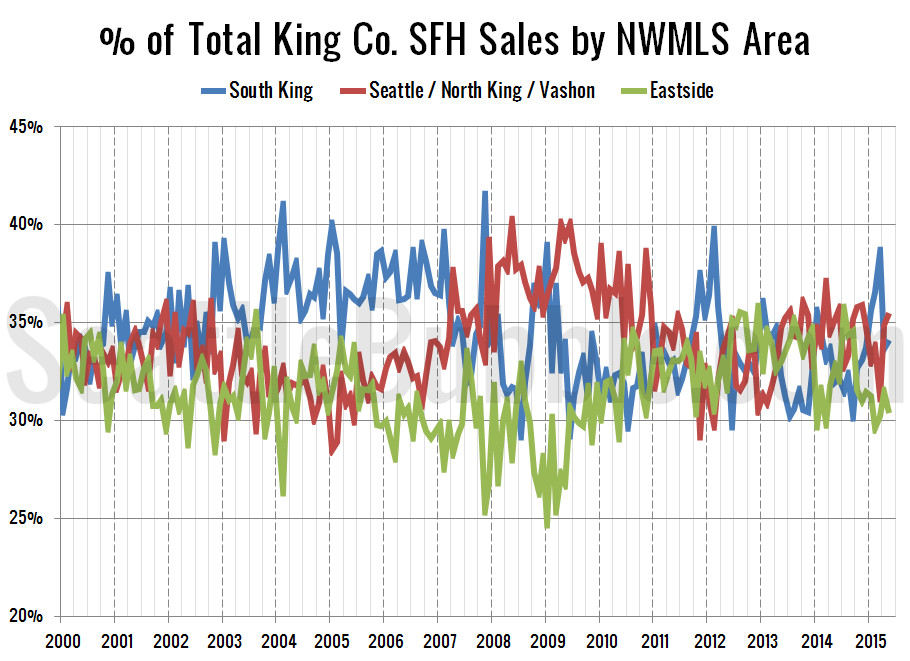 Between late last year and March of this year the share of homes sold in the cheap parts of King County shot up dramatically to nearly 40 percent—a level comparable what we saw during the last housing bubble. However, in April and May the share of sales in South King County fell back down to below the mid-tier regions. This sharp decrease in sales in the cheap regions in the past two months is most likely a big part of why the county-wide median price shot up from $440,000 in March to $480,000 in April and May.