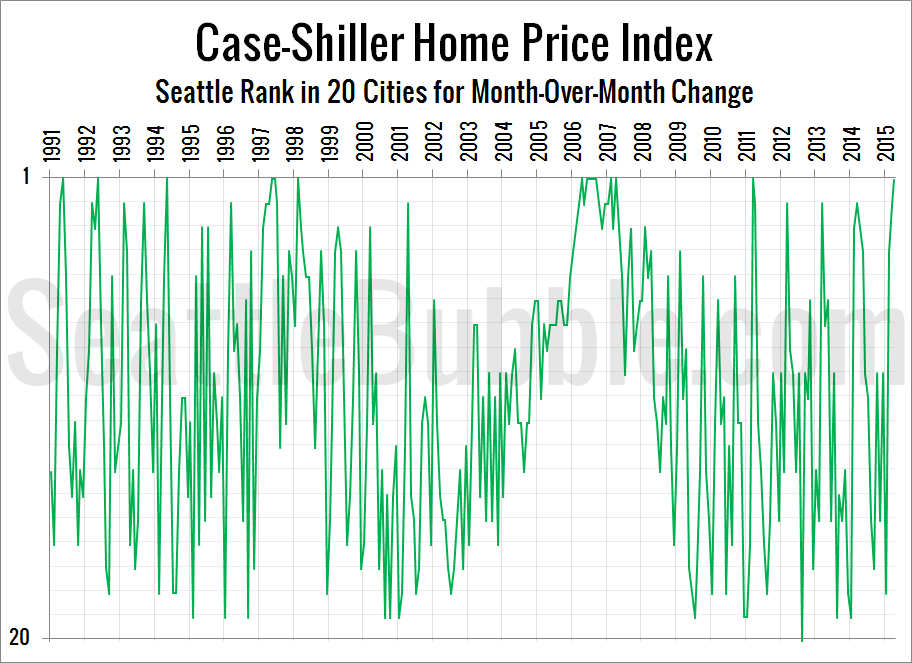 Last year at this time prices rose 2.3% month-over-month and year-over-year prices were up 11.2%.

Year-over-year and month-over-month home price changes for the Seattle area were exactly the same in April as they were in March.

Seattle’s position for month-over-month changes rose from #2 in March to #1 in April. No other metro area saw home prices increase more over the month than they did in Seattle. 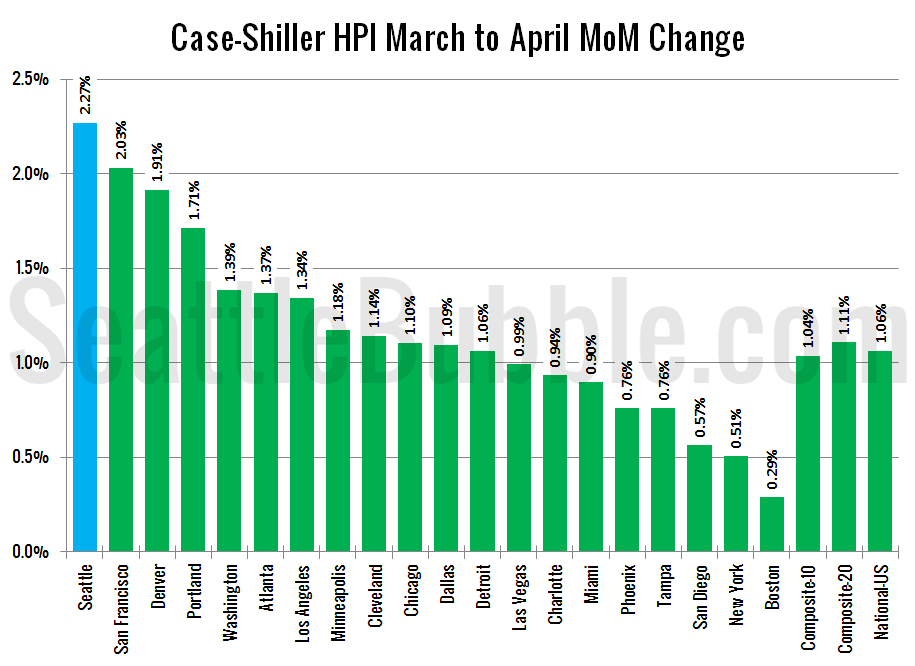 The last time Seattle saw the largest month-over-month gain of all twenty cities was March 2011. Before that though, Seattle experienced a sustained period at or near the top of the month-over-month rankings when it was #1 for seven months between April 2006 and April 2007—just before Seattle’s July 2007 home price peak. It will be interesting to see if we stay at the top of the heap for long.

In April, five of the twenty Case-Shiller-tracked cities gained more year-over-year than Seattle (the same as in March): 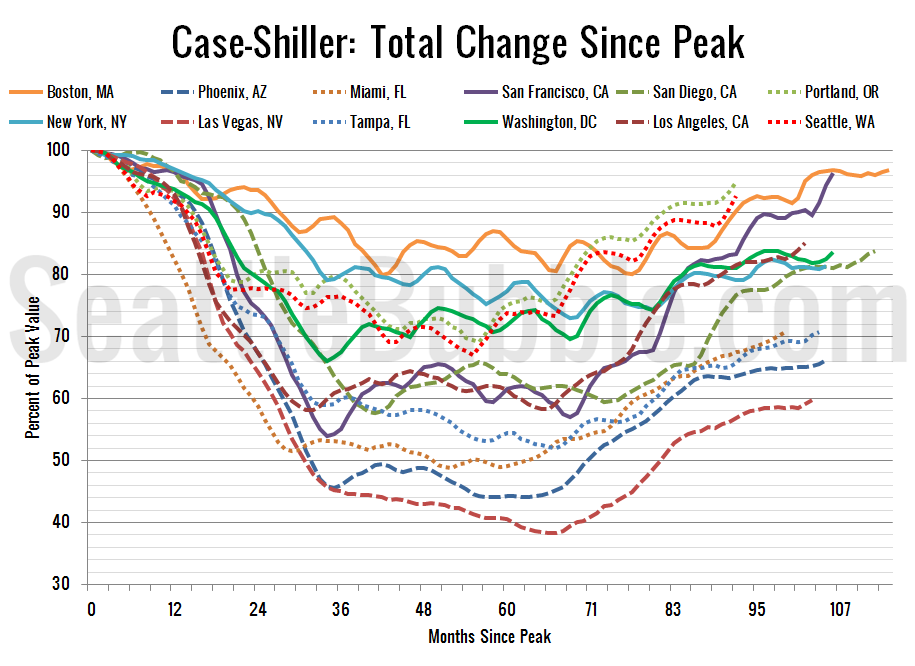 In the ninety-three months since the price peak in Seattle prices are still down 7.4%.

Lastly, let’s see what month in the past Seattle’s current prices most compare to. As of April 2015, Seattle prices are still closest to where they were in June 2006. 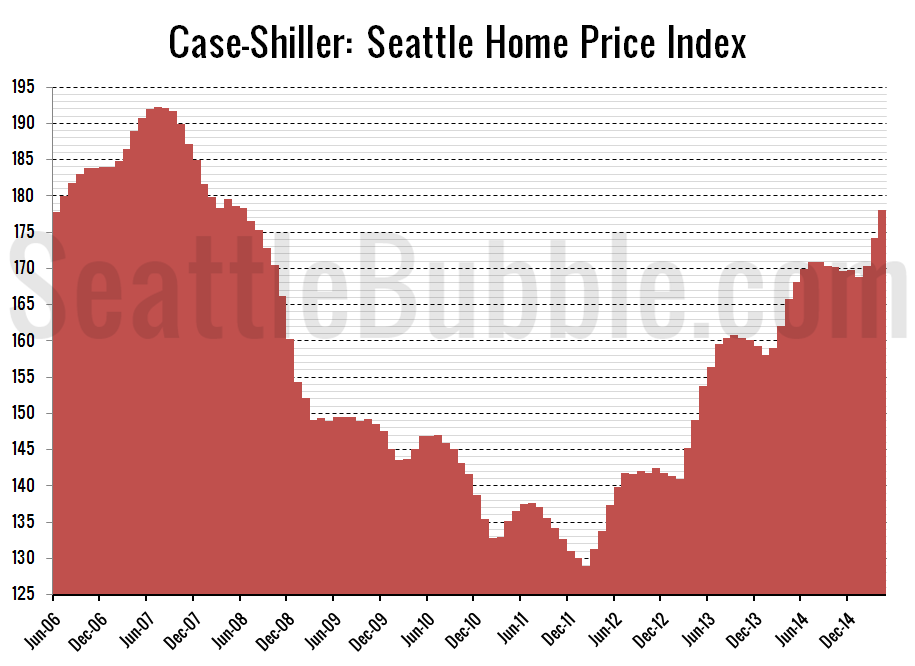