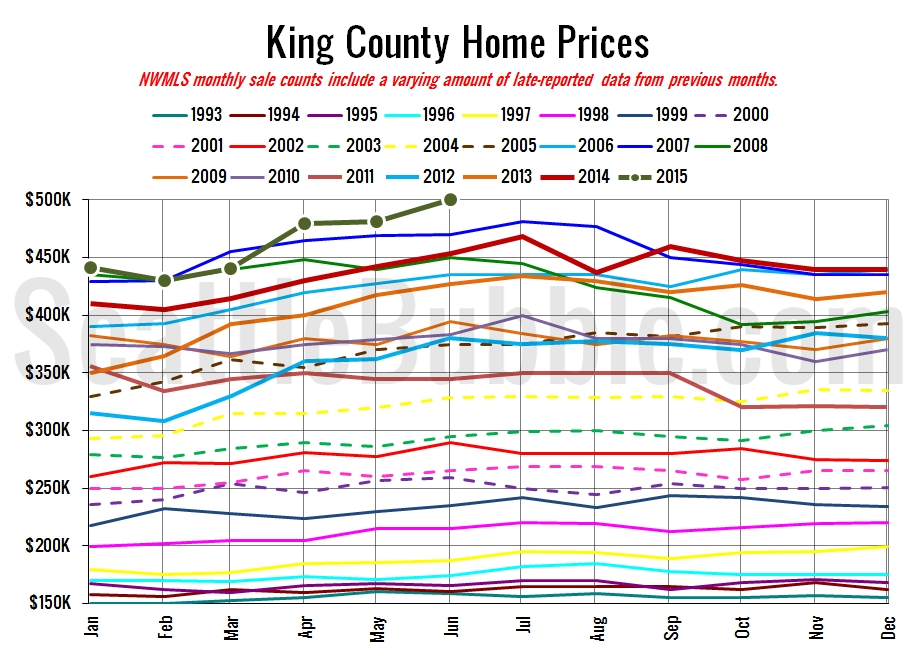 June market stats were published by the NWMLS today. Before we get into our monthly stats, here’s a quick look at their press release.

MLS members credit first-time buyers, an influx of relocating workers, and escalating rents for part of the surge.

“First time buyers are returning to the market, but cautiously and with more knowledge based on market values and trends,” said George Moorhead, designated broker and owner at Bentley Properties in Bothell.

“Educated buyers today are no longer just dipping their toes in the water. They are diving right in,” reported Mike Gain, CEO and president of Berkshire Hathaway HomeServices Northwest Real Estate. Gain, a past chairman of the Northwest MLS board, said in his 38 years in the industry he’s experienced “good years, bad years and everything in between,” but he’s never seen a market as complex as the current one. “It’s been challenging for everyone involved in a real estate transaction, whether buyer, seller or agent.”

Gain and many of his colleagues bemoan the lack of listings. “The only real problem we are experiencing today is the lack of inventory,” he said.

Home salespeople are no longer attempting to hide how giddy they are that prices are surging once again. They’re in all-out party mode. We’ll see how long the party lasts this time. 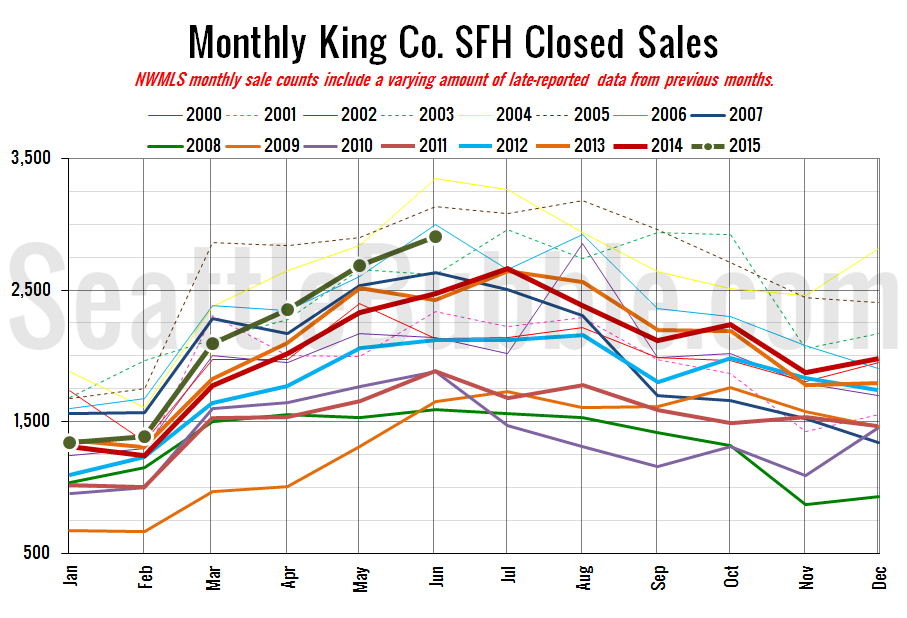 Closed sales rose 8 percent from May to June. Last year they rose 6 percent over the same period. Closed sales volume in May was at its highest level since August 2006. Only six months since January 1993 have ever seen 3,000 or more closed sales of single-family homes in King County. 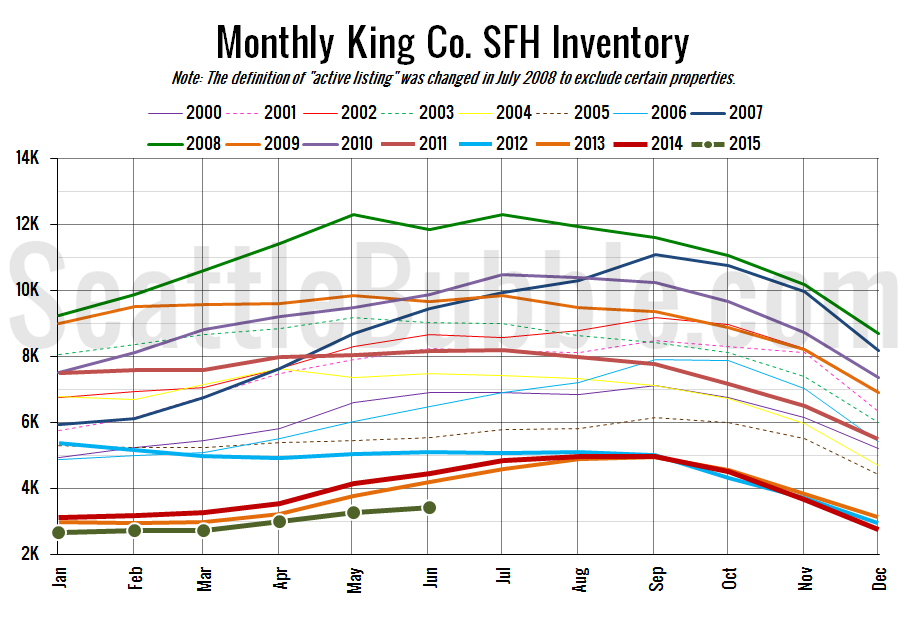 Inventory inched up again slightly May to June, but yet again turned in the lowest ever recorded level for the time of year. Year-over-year inventory is still down double digits, with the largest decrease since May 2013. 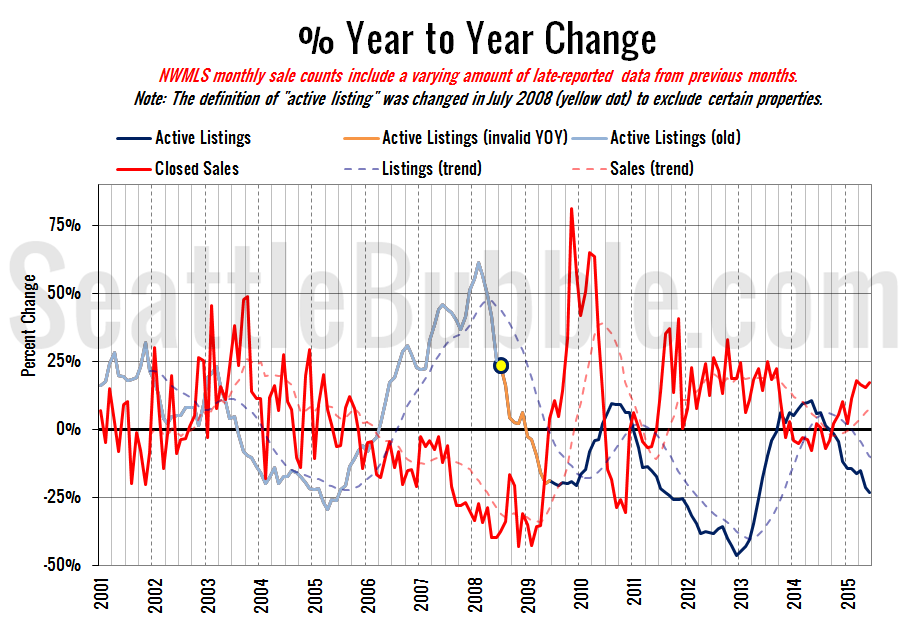 Everything in this chart is moving in sellers’ favor. 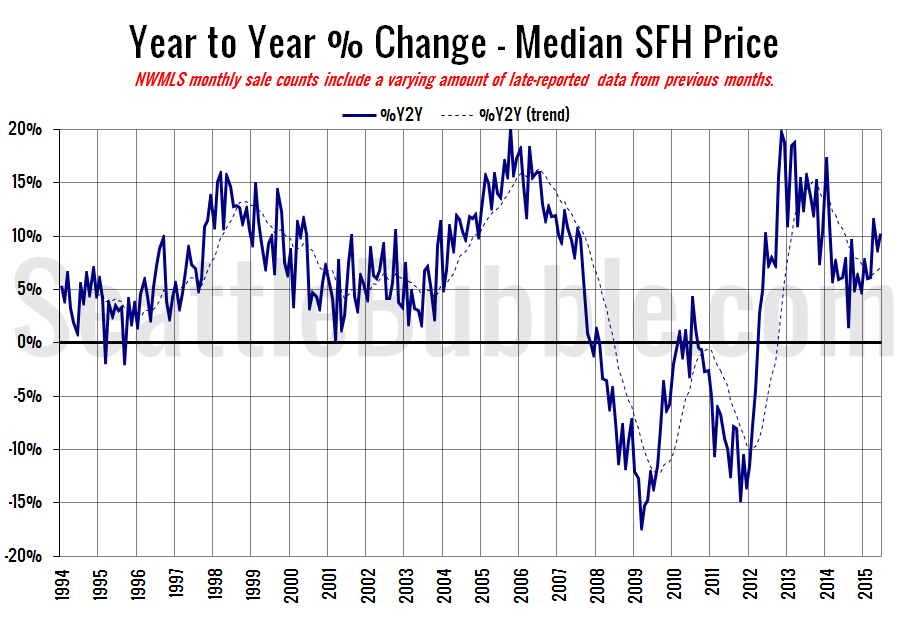 Back into double-digit territory.

The median home price shot up in June to a new all-time high (not adjusted for inflation).

Here’s this month’s article from the Seattle Times: Median price for single-family homes pushes past $500,000 in King County