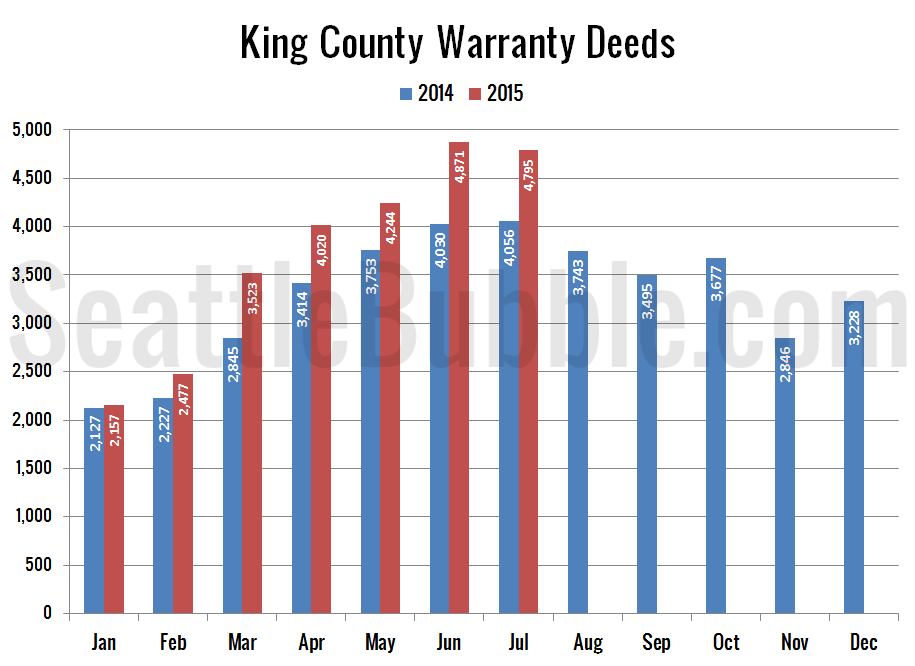 July is in the books, so let’s have a look at our monthly stats preview. First up, here’s the snapshot of all the data as far back as my historical information goes, with the latest, high, and low values highlighted for each series: 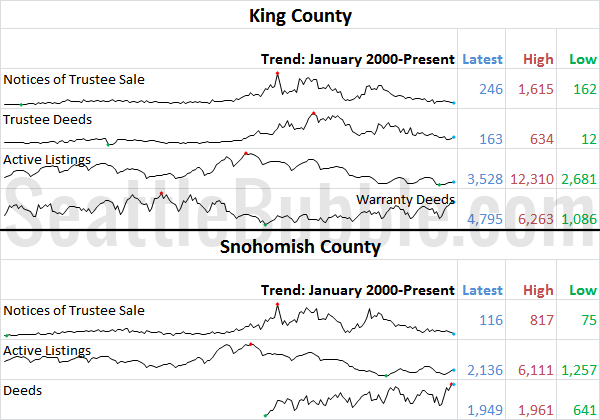 Sales came down just slightly from the multi-year highs they hit in June, inventory turned in another weak gain, and foreclosures continued to shrink to pre-bubble levels.

Sales in King County fell 2 percent between June and July (in 2014 they rose 1 percent over the same period), and were up 18 percent year-over-year. 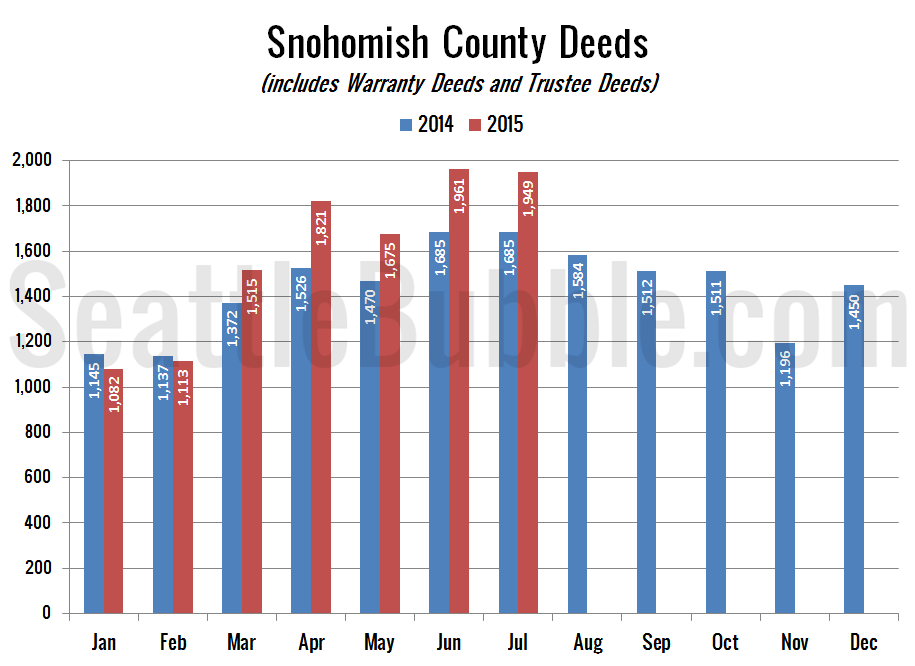 Deeds in Snohomish fell 1 percent month-over-month (vs. flat in the same period last year) and were up 16 percent from July 2014. 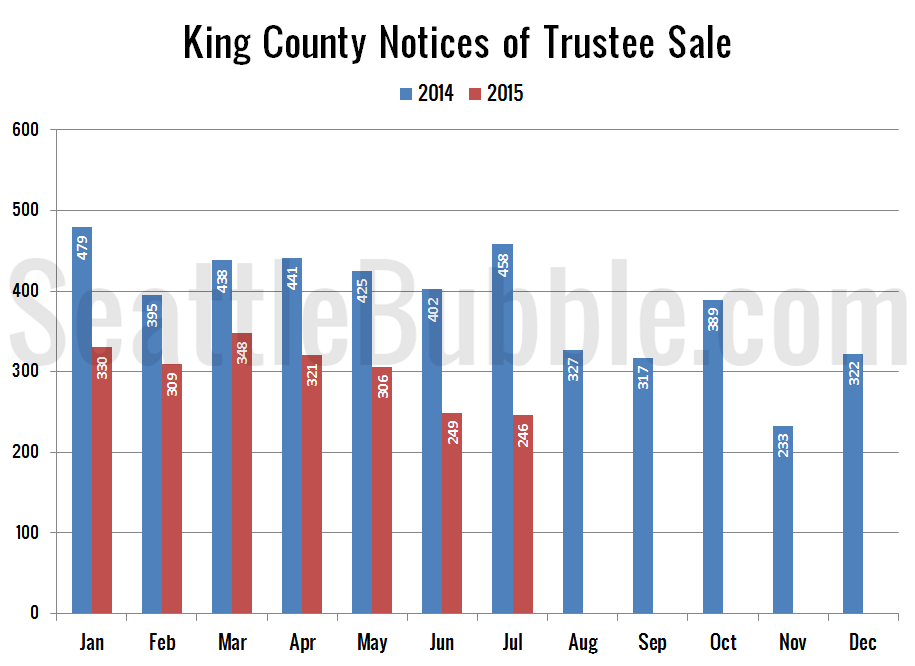 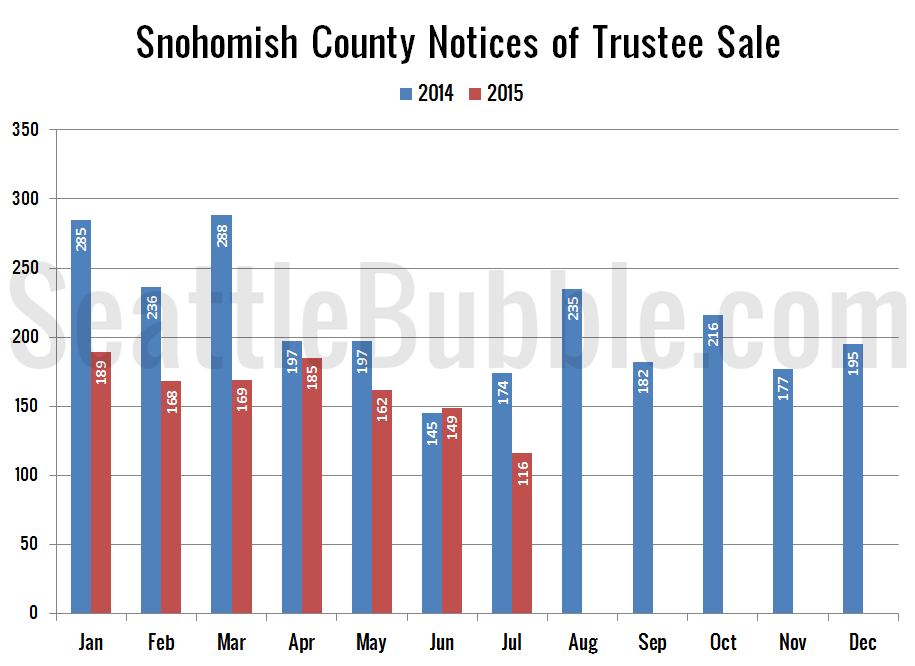 Foreclosure notices in King County were down 46 percent from a year ago, and Snohomish County was down 33 percent from last year. 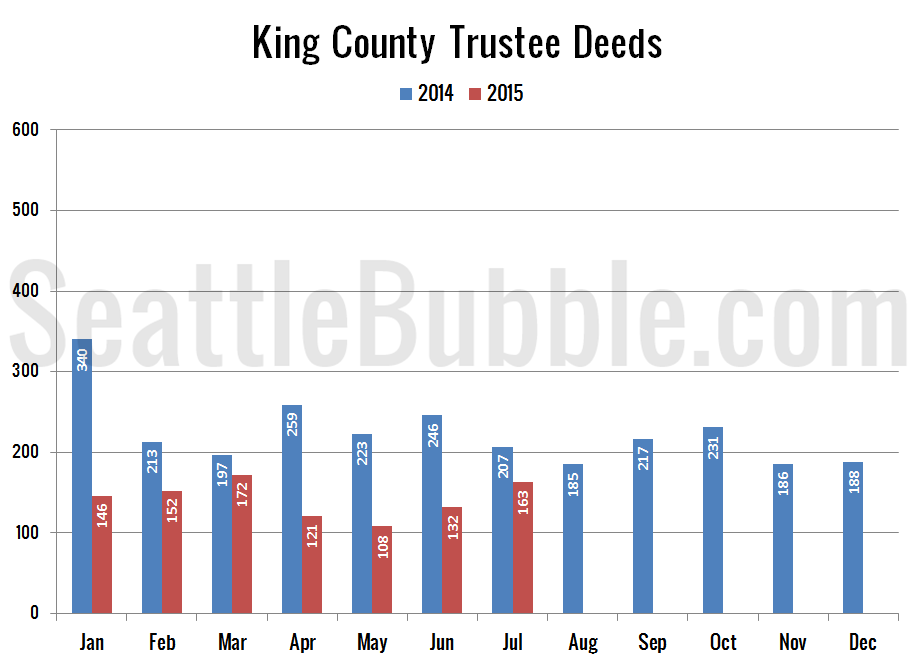 Trustee Deeds were down 21 percent from a year ago, and down just barely from a month ago. 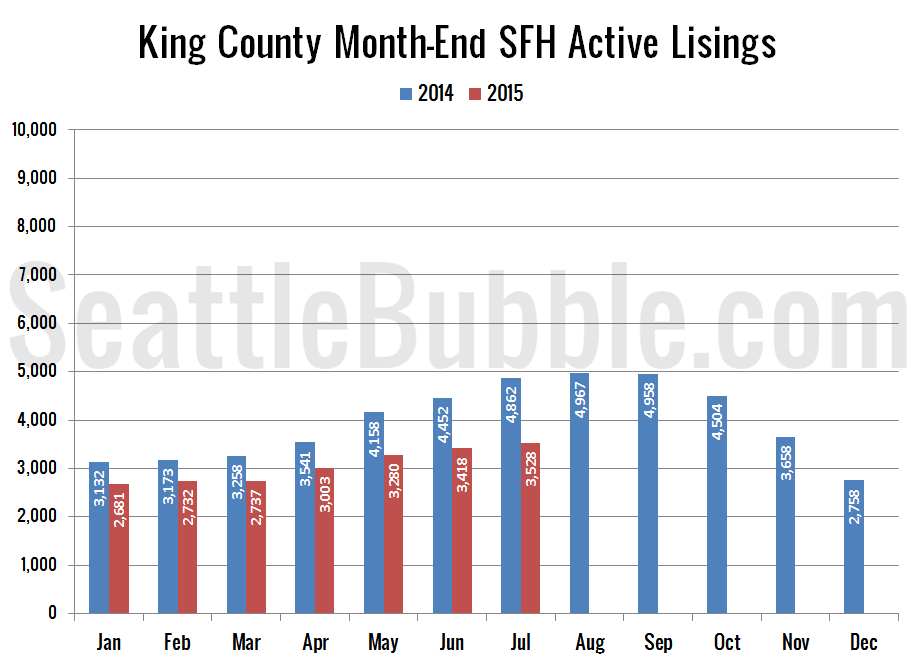 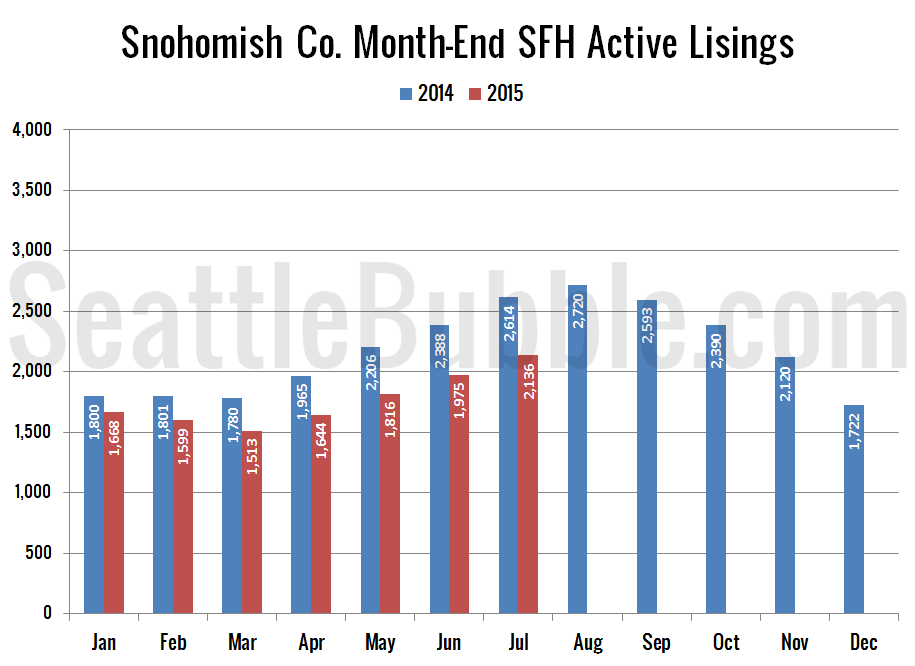 Inventory inched up once again slightly in both counties month-over-month. King is currently down 27 percent from last year and Snohomish is down 18 percent.