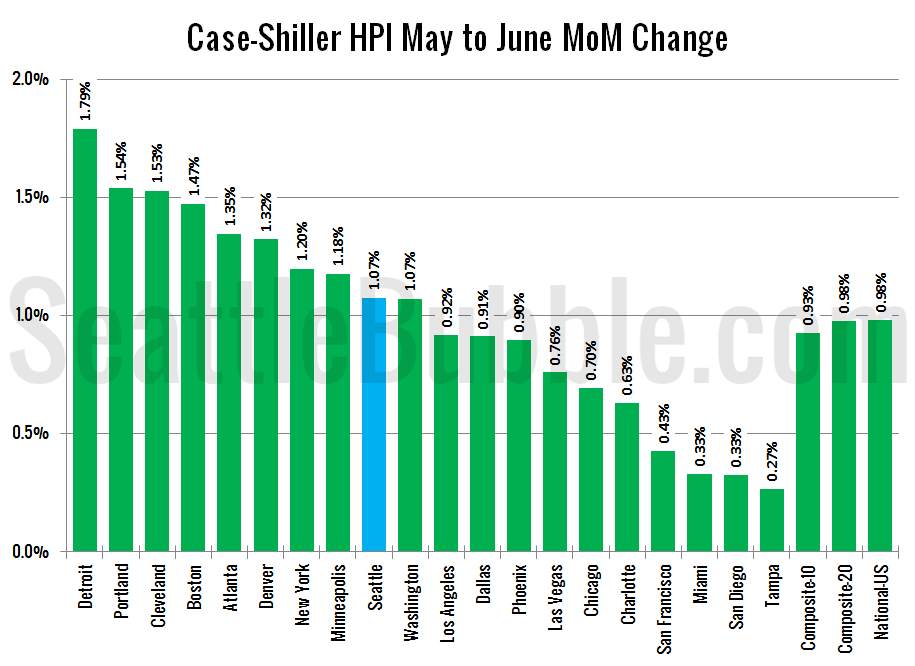 Please consider supporting Seattle Bubble by becoming a member. Thanks!

Last year at this time prices rose 1.1% month-over-month and year-over-year prices were up 8.6%.

The Seattle area’s month-over-month home price changes shrank slightly from May to June, but the year-over-year change held steady at pretty much exactly where it’s been since March.

Seattle’s position for month-over-month changes fell from #6 in May to #9 in June.

In June, five of the twenty Case-Shiller-tracked cities gained more year-over-year than Seattle (one more than in May): 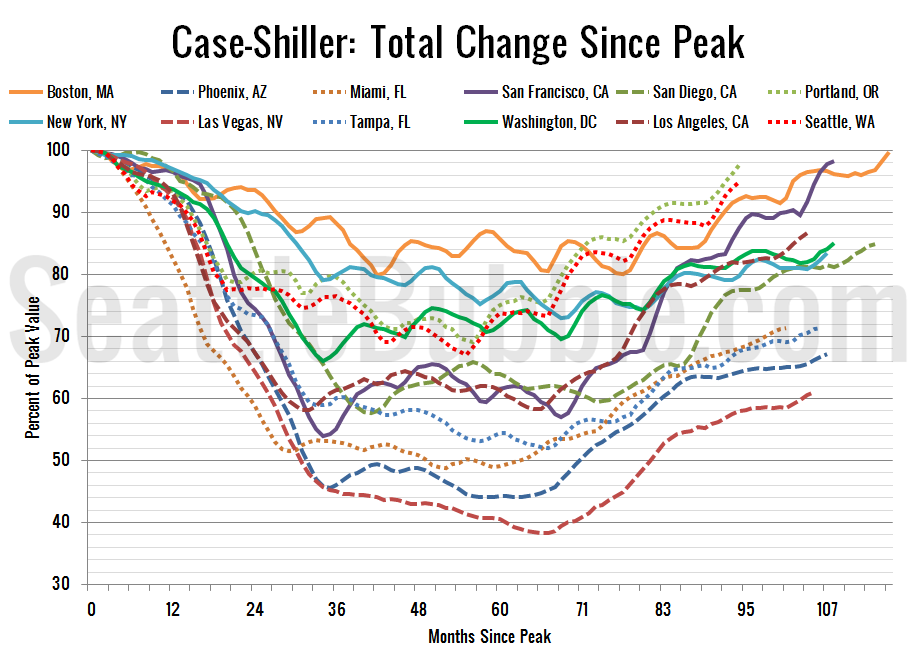 In the ninety-five months since the price peak in Seattle prices are down 5.1%.

Lastly, let’s see what month in the past Seattle’s current prices most compare to. As of May 2015, Seattle prices are approximately where they were in July 2006. 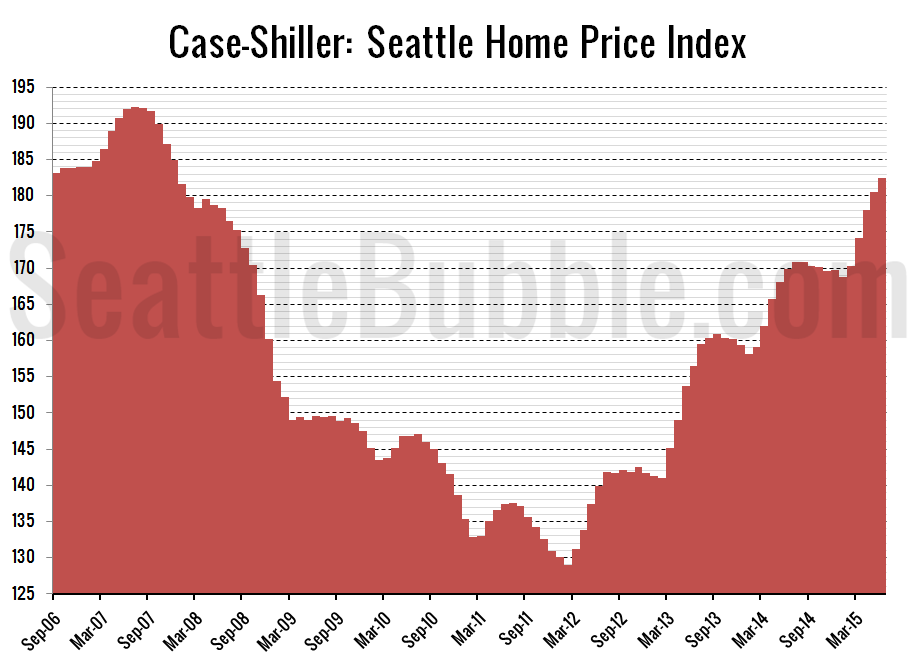