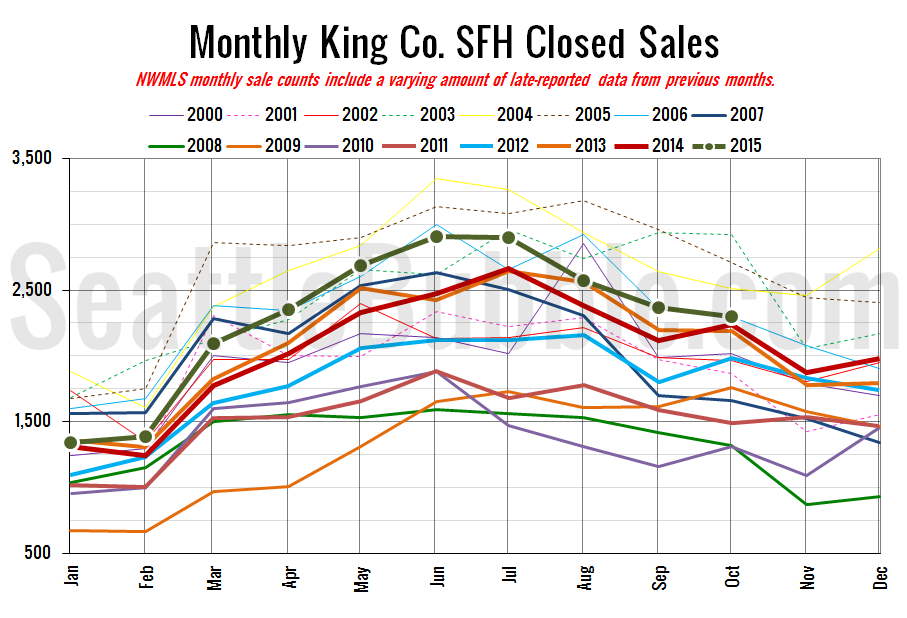 October market stats were published by the NWMLS yesterday. Before we get into our monthly stats, here’s a quick look at their press release.

With holidays approaching, real estate brokers usually expect a slowdown as buyers and sellers shift their attention elsewhere. “This year is different,” say some industry leaders.

“Today we have one of the best markets we’ve ever seen for sellers,” observed Ken Anderson, managing broker and owner at Coldwell Banker Evergreen in Olympia. “Buyers are still surging to the market and inventory is low. It’s a very good time to sell. Owners who are eager to make the next move don’t have to wait six months or until spring to act,” added Anderson, a former board member at Northwest Multiple Listing Service.

“Buyers are still surging to the market” is definitely not how I would describe a month-over-month decline in pending and closed sales, and year-over-year sales growth of just 1-2 percent. But then again I am not a used home salesman.

I continue to be surprised that prices are not up 10 to 20 percent year-over-year, with the strong sales and weak inventory numbers we’ve seen all year. Between 2000 and 2014, five years saw sales increase between September and October, but on average across the 15 years, sales were flat over the period. This year’s 3 percent decline is definitely not a strong signal, but it’s not a sign that a market collapse is imminent, either. 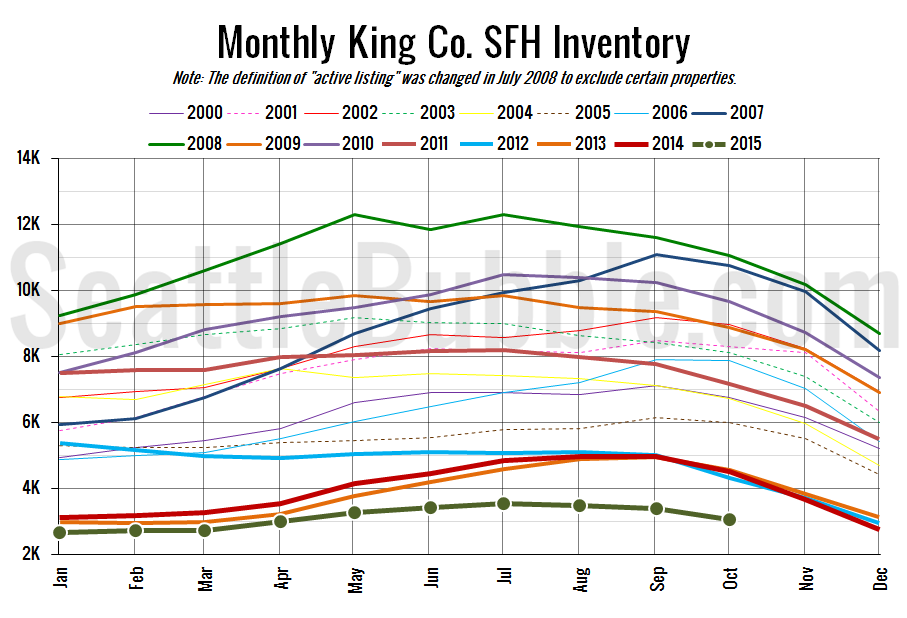 Inventory fell again from September to October, while the year-over-year number continued to drop as well. At this rate January will most likely set a new record for low on-market inventory. 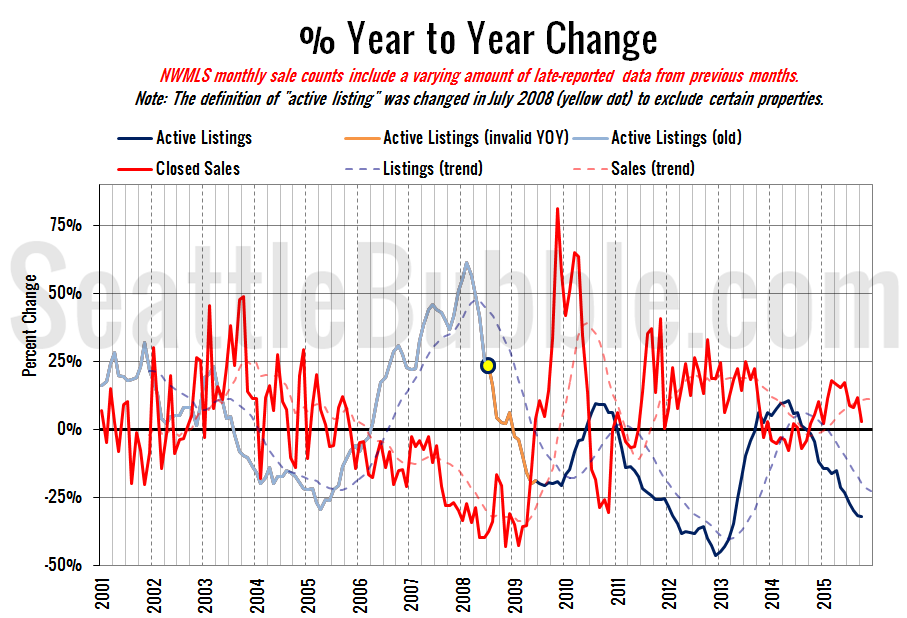 Everything in this chart is still in sellers’ favor, but the demand line moved toward balanced market territory in October. 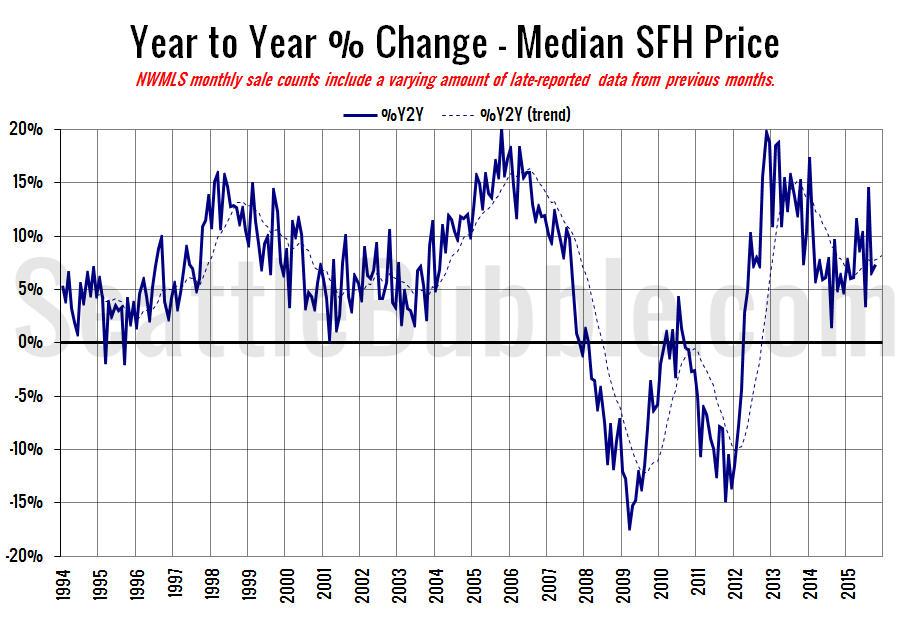 Not much change in this chart, which moved from +6.6 percent in September to +7.3 percent in October. 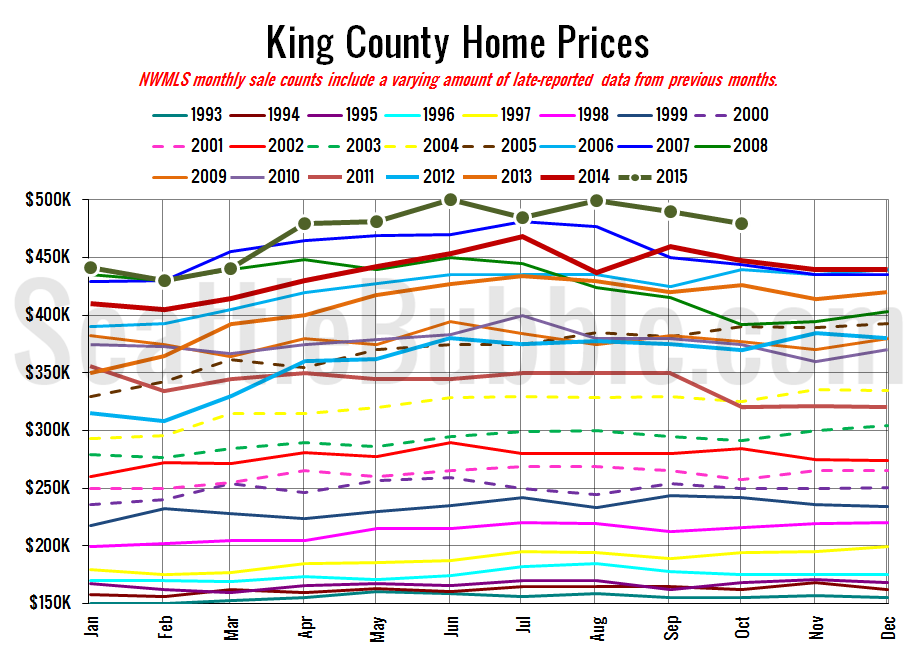