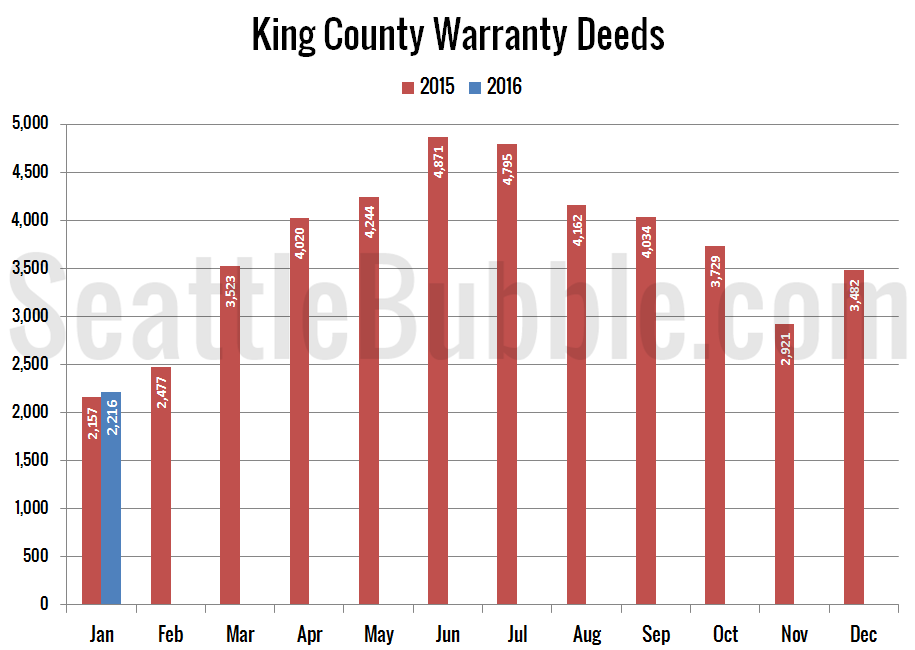 The first month of 2016 is now behind us, so let’s have a look at our monthly stats preview. First up, here’s the snapshot of all the data as far back as my historical information goes, with the latest, high, and low values highlighted for each series: 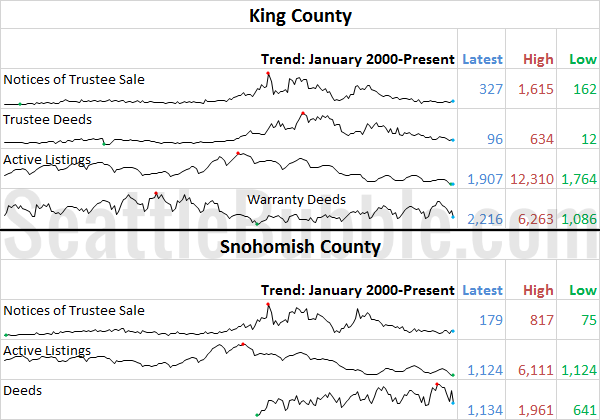 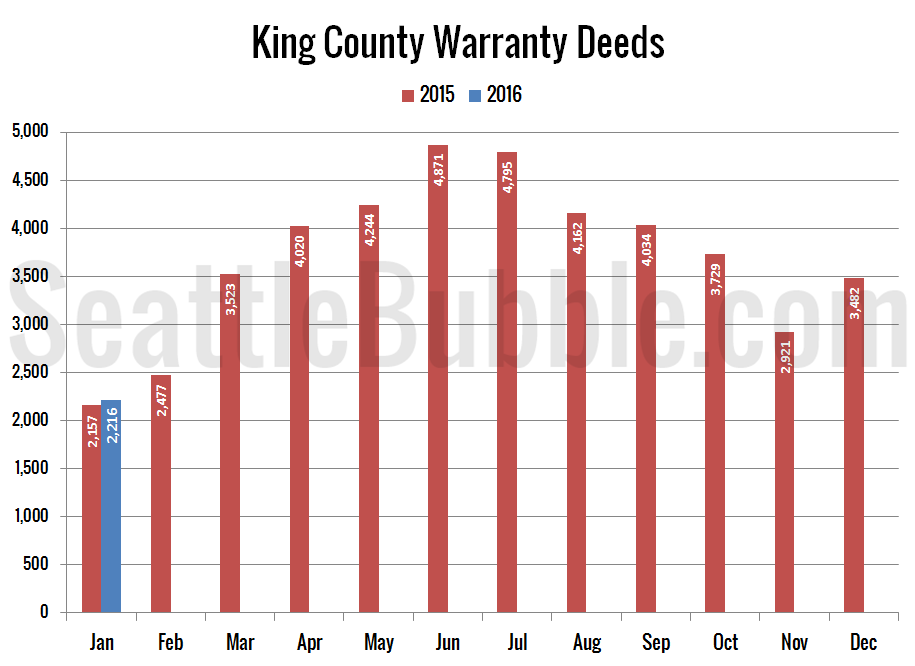 Sales in King County slipped 36 percent between December and January (a year ago they fell 33 percent over the same period), and were up 3 percent year-over-year. I do not expect to see large year-over-year increases in sales this year unless inventory dramatically picks up from its current levels. 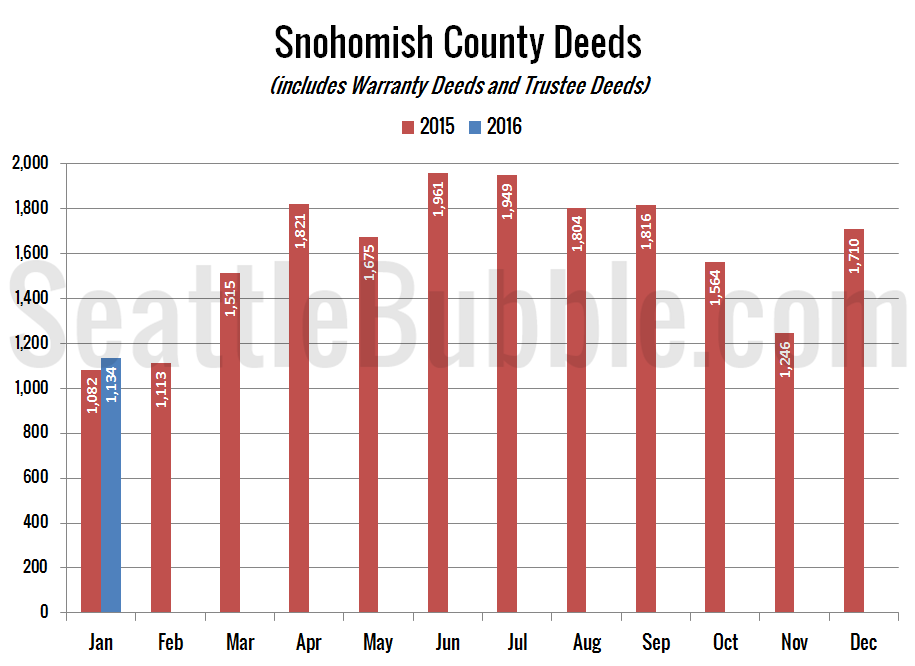 Deeds in Snohomish fell 34 percent month-over-month (vs. a 25 percent drop in the same period last year) and were up 5 percent from January 2015. 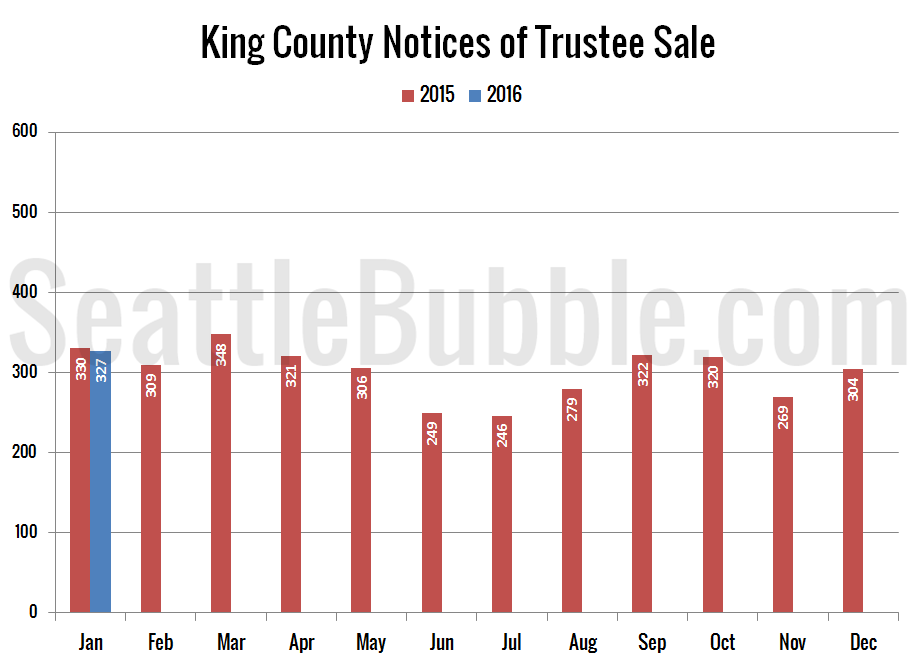 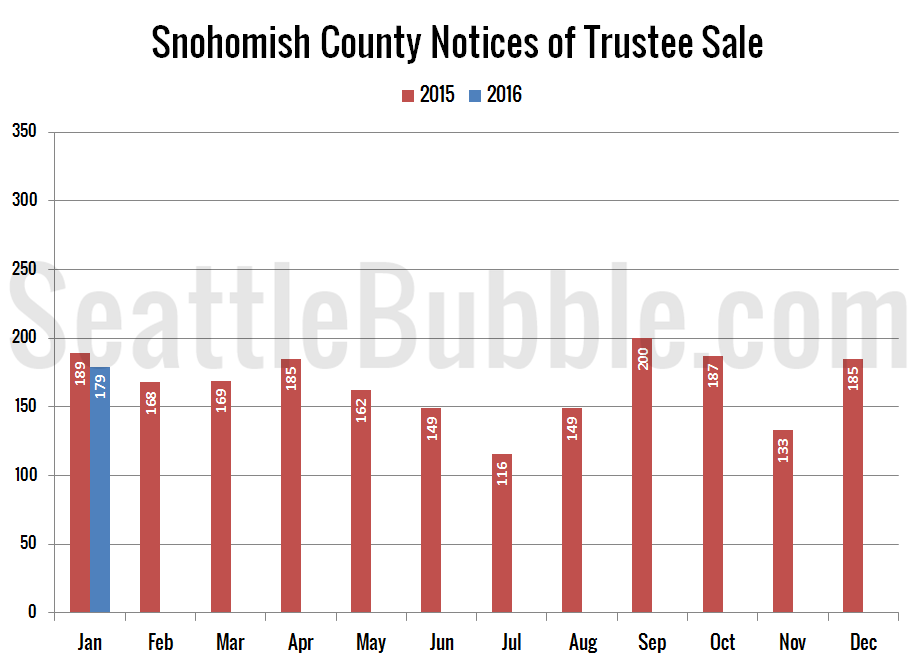 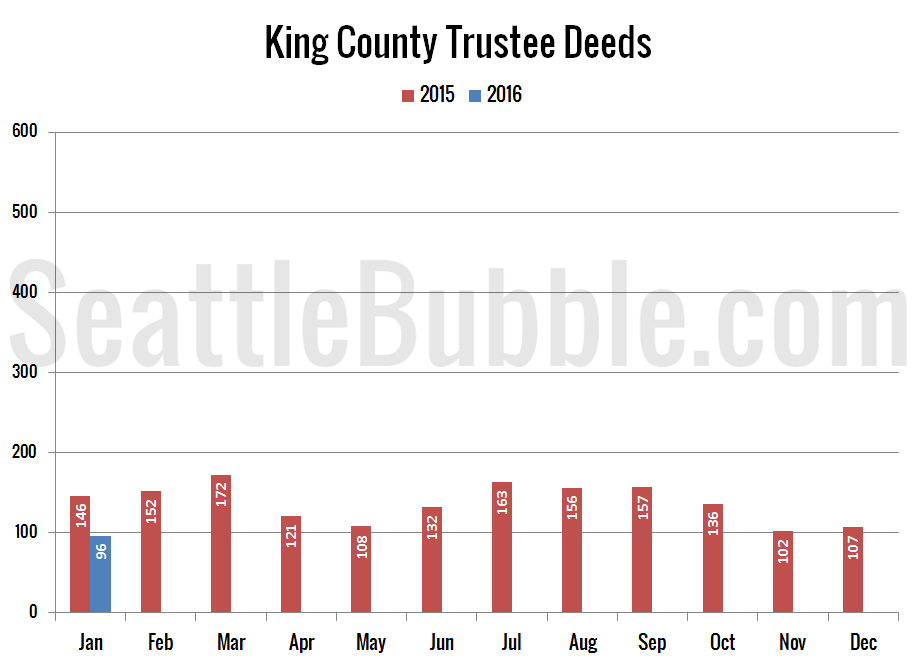 Trustee Deeds were down 34 percent from a year ago, and down 10 percent from a month ago. Frankly in this market it is amazing that anyone is still losing their home to foreclosure. 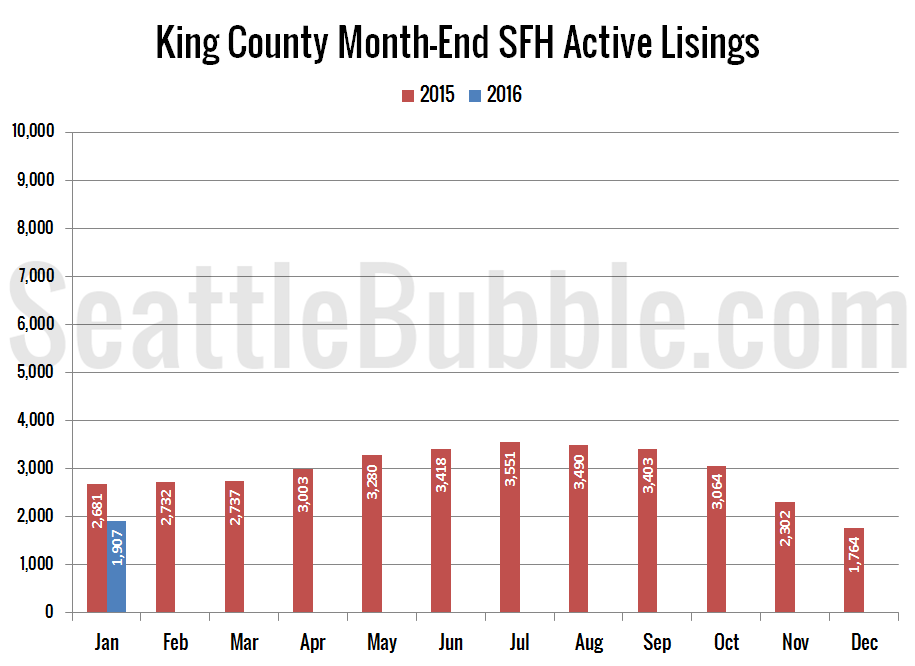 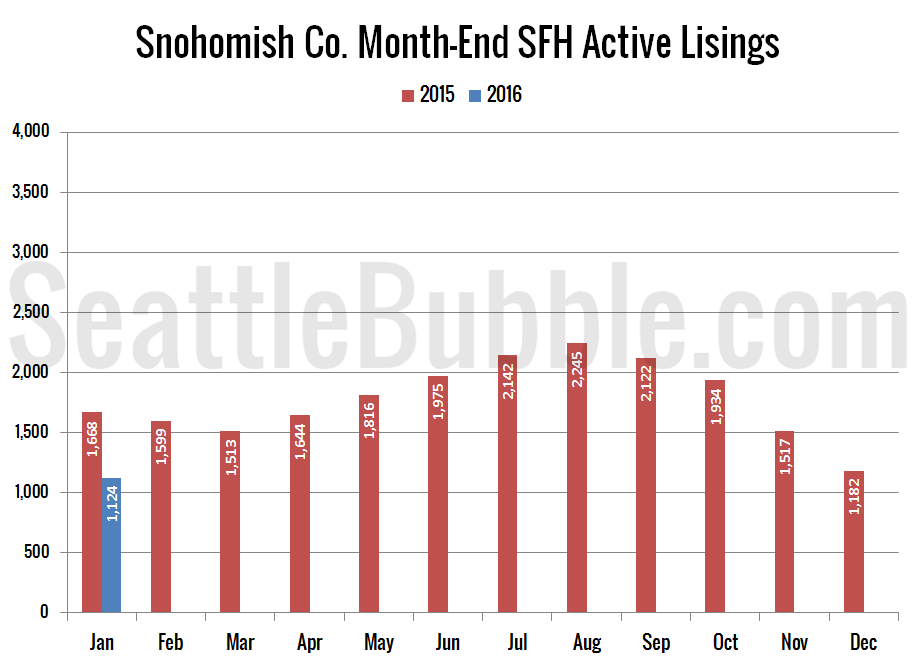