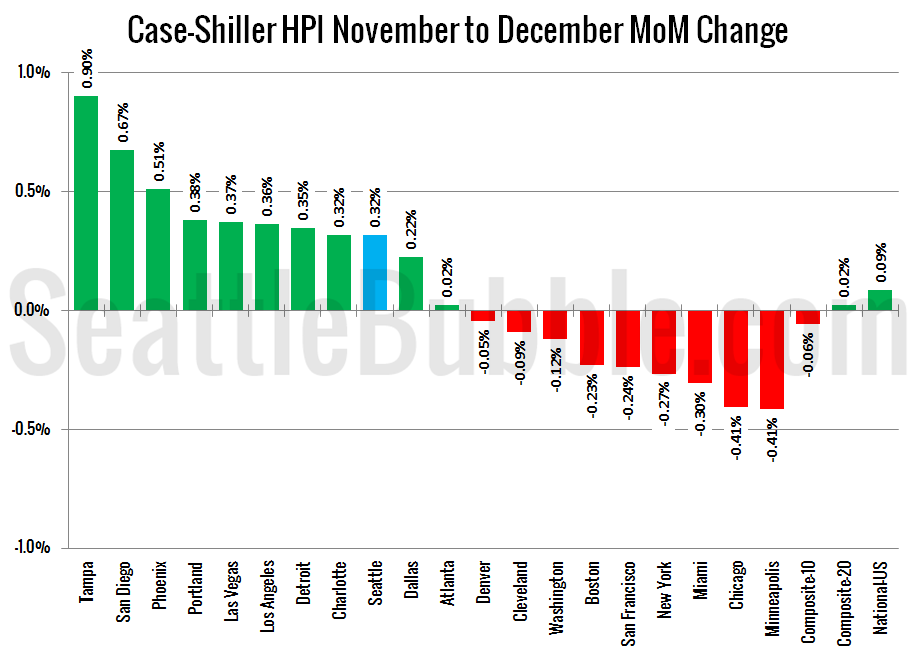 Seattle’s rank for month-over-month changes fell from #3 in November to #9 in December. 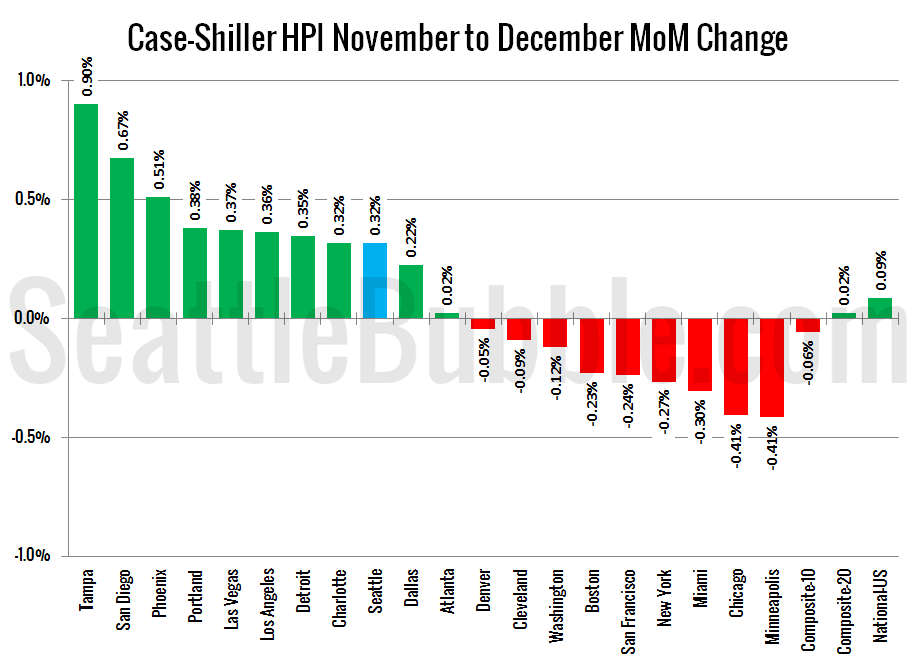 In December, just three of the twenty Case-Shiller-tracked cities gained more year-over-year than Seattle (one fewer than in October):

Portland, and Dallas both hit new all-time highs in December. 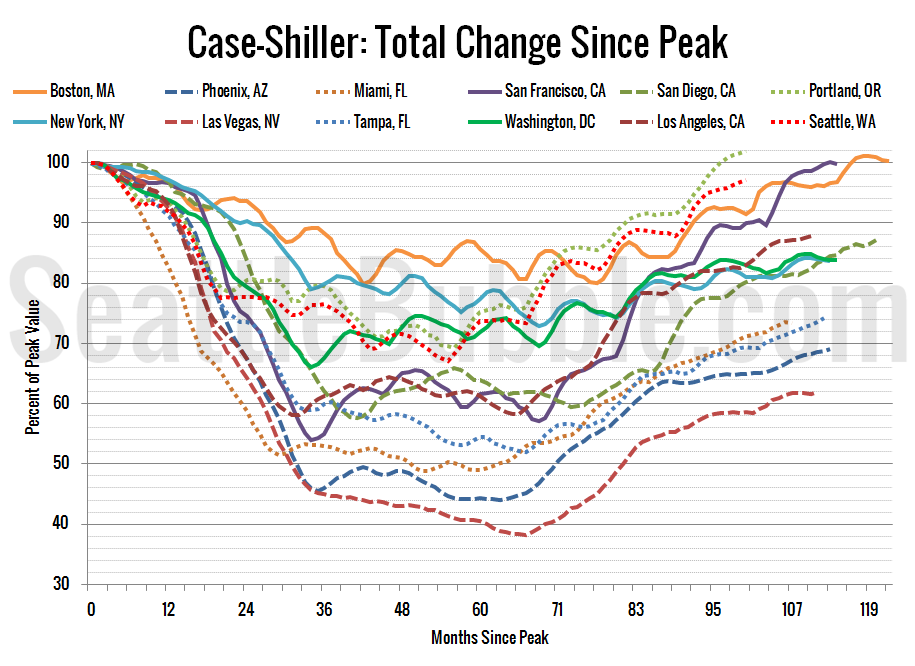 In the 101 months since the price peak in Seattle prices are down 2.9 percent.

Lastly, let’s see what month in the past Seattle’s current prices most compare to. As of December 2015, Seattle prices are approximately where they were in March 2007. 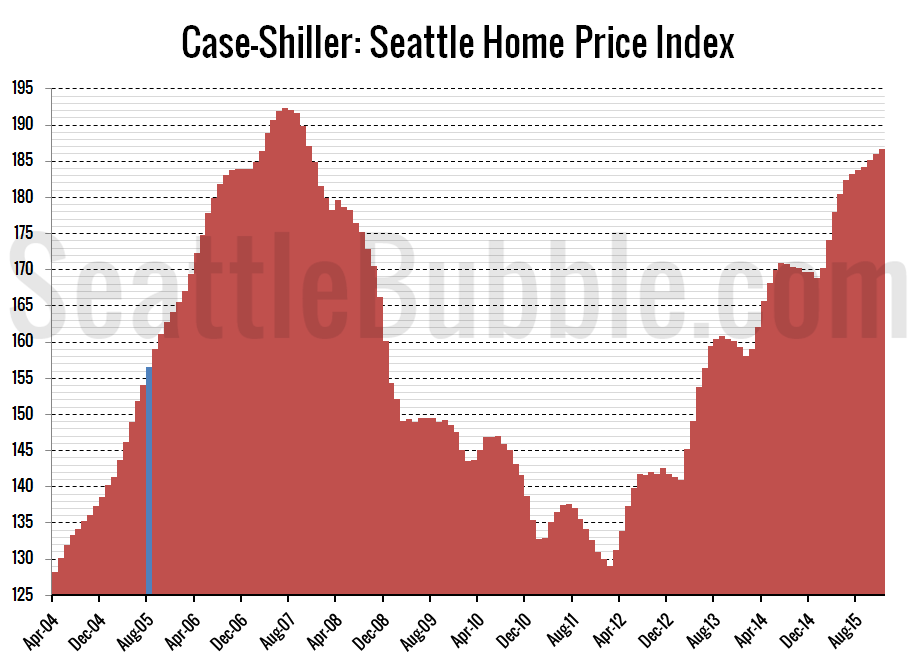