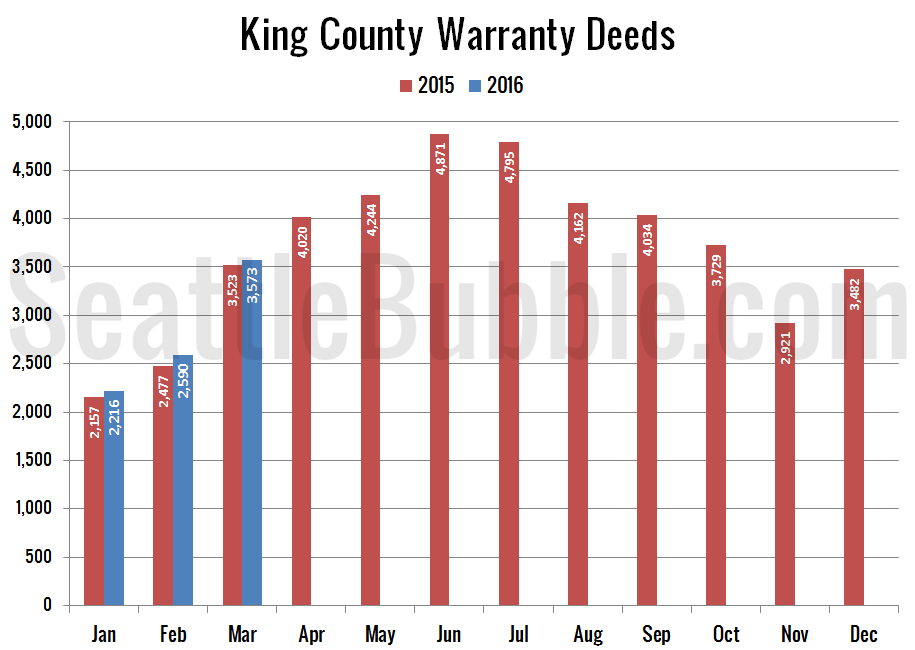 Sorry, no April Fool’s jokes today. Just a look at March stats with our monthly stats preview. First up, here’s the snapshot of all the data as far back as my historical information goes, with the latest, high, and low values highlighted for each series: 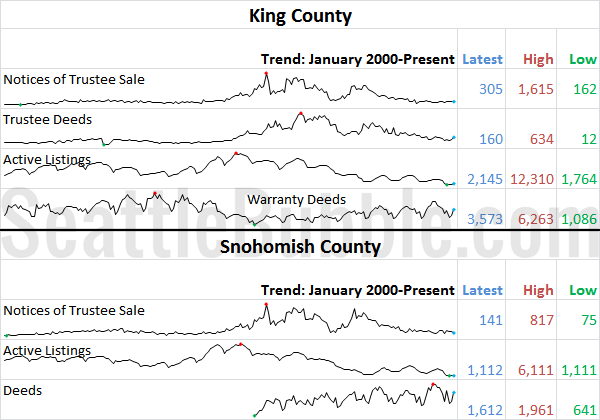 For the most part, it’s the same story we’ve been seeing for the past couple years. Low inventory, low sales, and few foreclosures. However, there was a new tiny glimmer of hope for buyers looking for more listings: The month-over-month increase in listing inventory in March was the largest we’ve seen in nearly two years. We’re still down from a year ago, but maybe we’re starting to see the very beginning of a listing recovery. 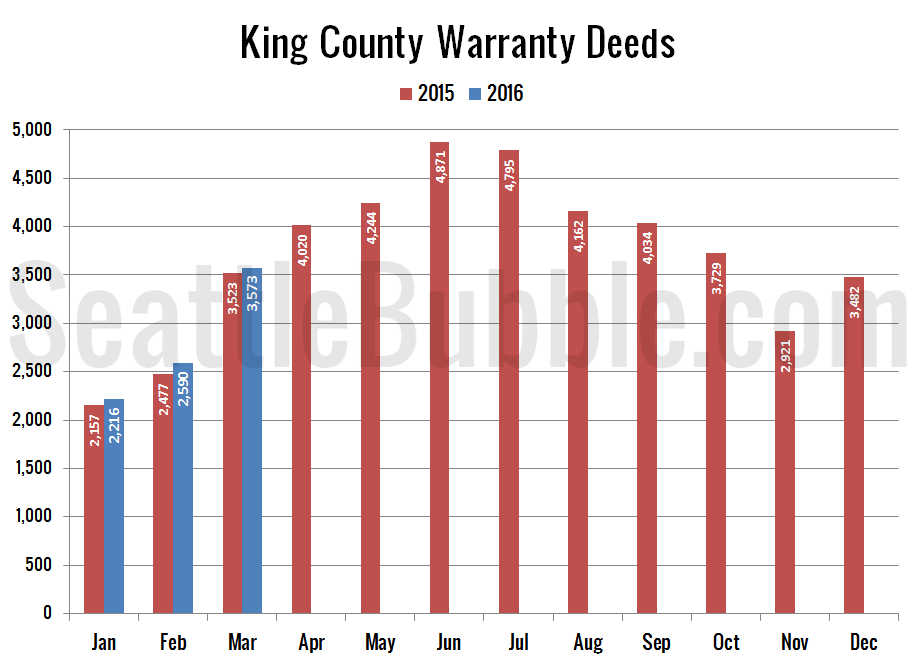 Sales in King County increased 38 percent between February and March (a year ago they rose 42 percent over the same period), and were up 1 percent year-over-year. Last month was tied for the smallest year-over-year increase in sales since September 2014. 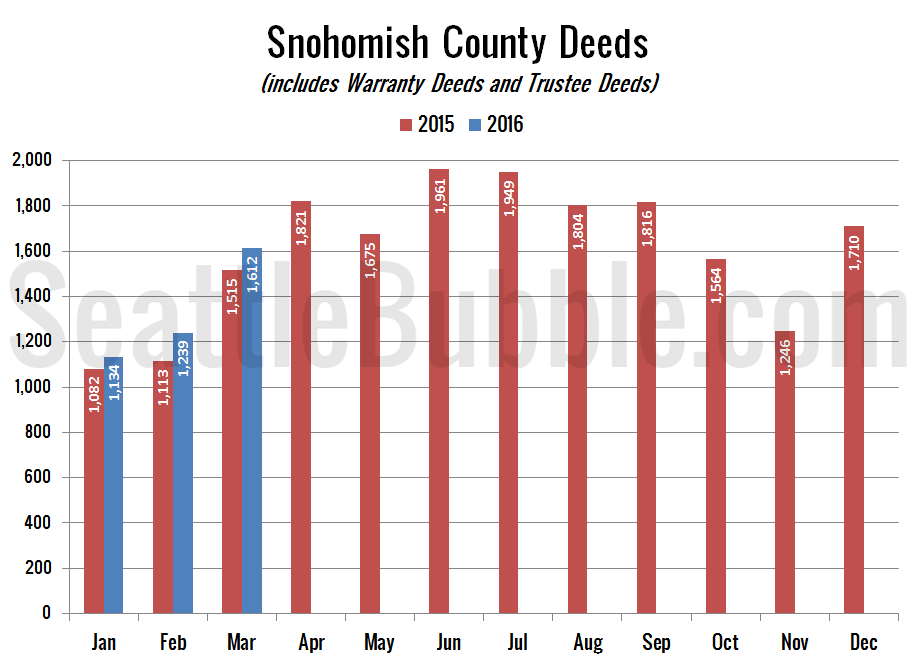 Deeds in Snohomish rose 30 percent month-over-month (vs. a 36 percent increase in the same period last year) and were up 6 percent from March 2015. 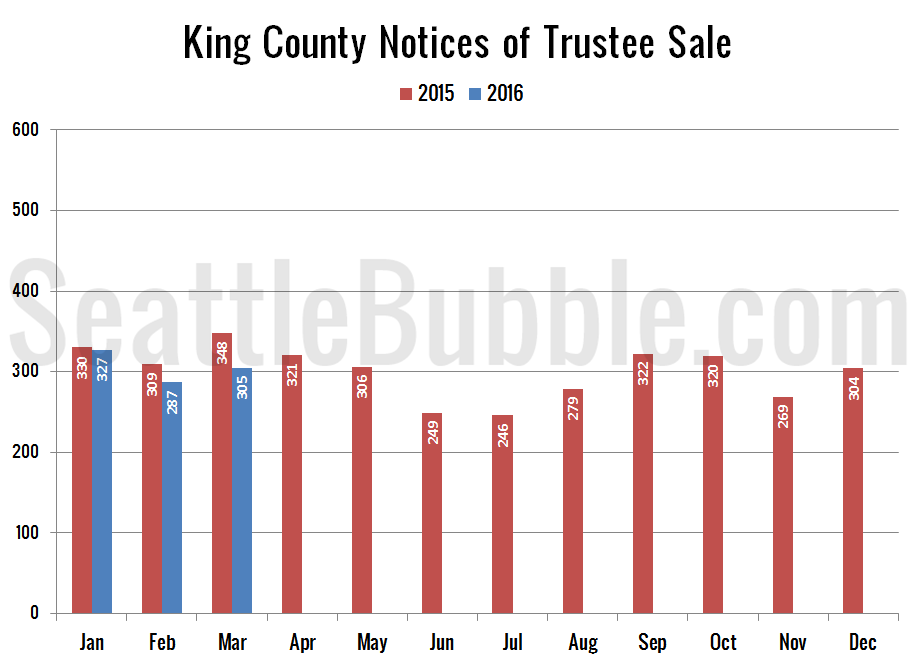 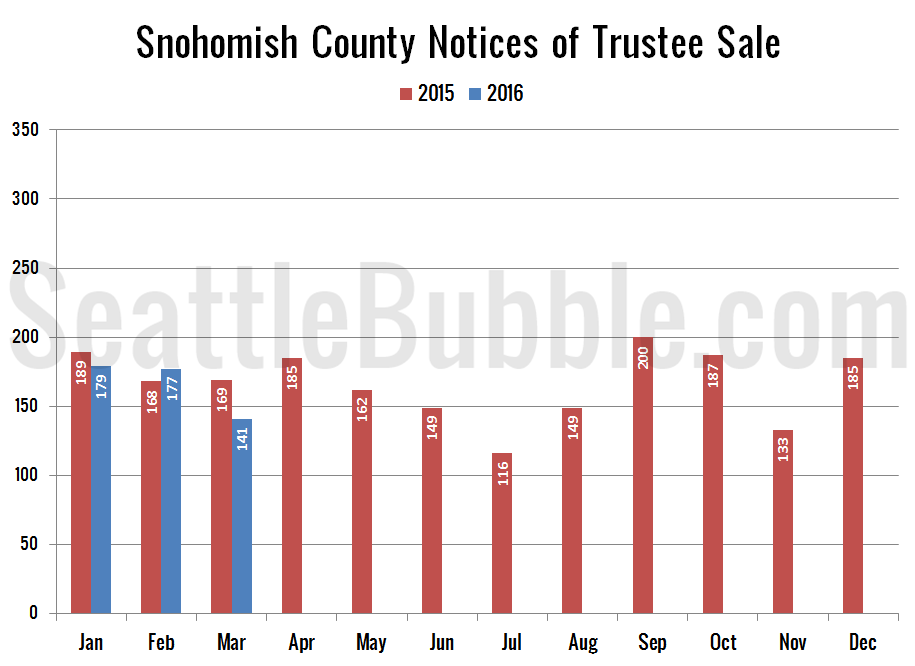 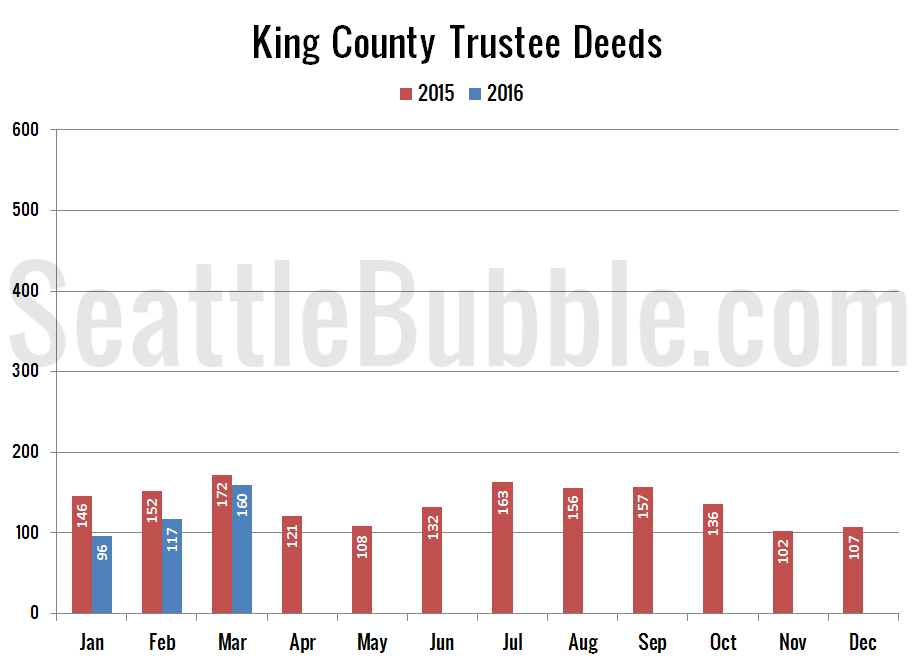 Trustee Deeds were down 7 percent from a year ago. I assume that most of the volume of foreclosures now are just a trickle of homes where the borrowers defaulted before the current boom, but the homes were held up in the foreclosure process for one reason or another. 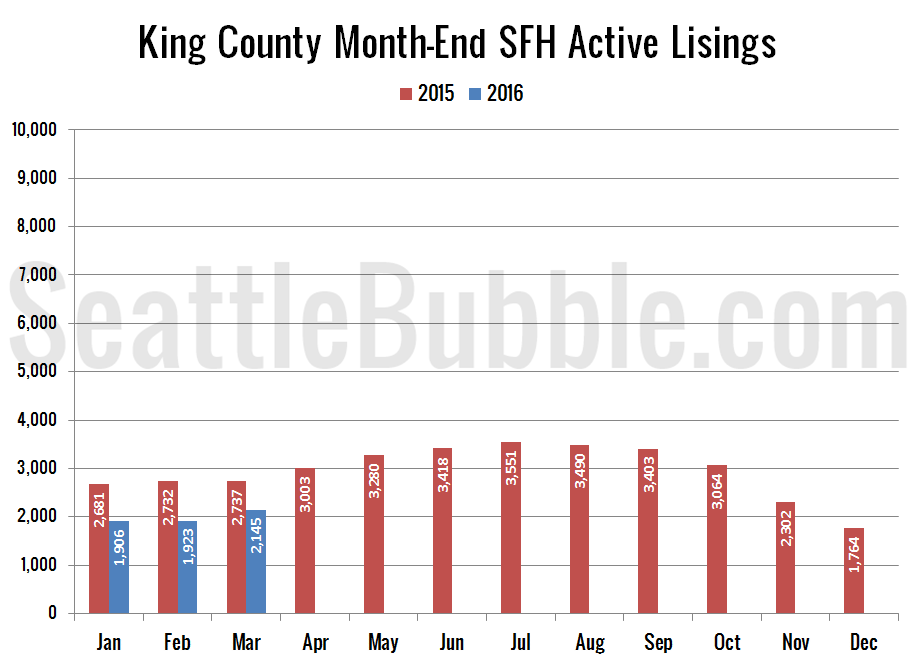 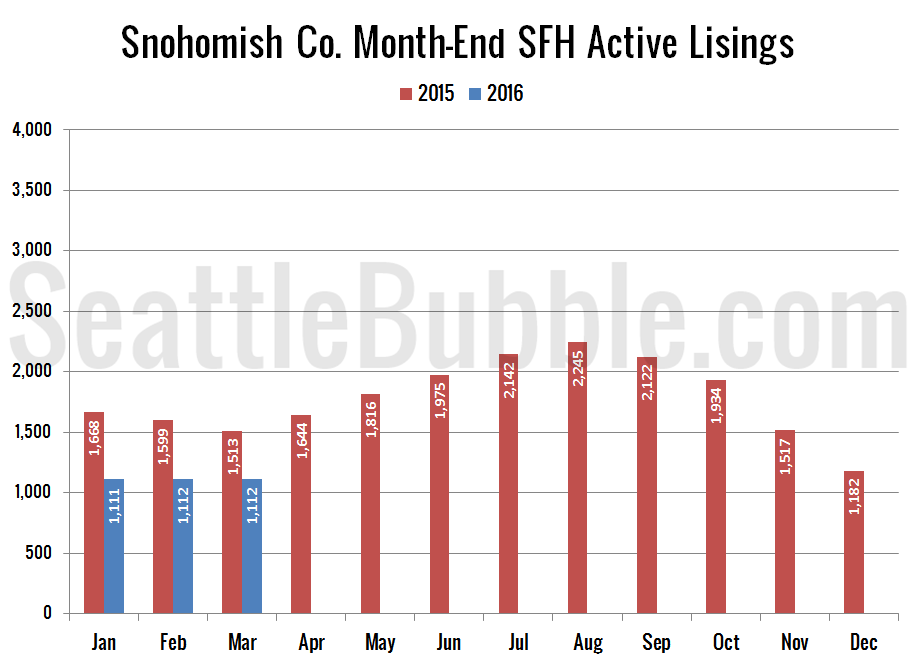 Inventory was up 12 percent month-over-month King County, the largest gain since May 2014. In Snohomish County inventory was flat for the third month in a row, and still down big from a year earlier as well.