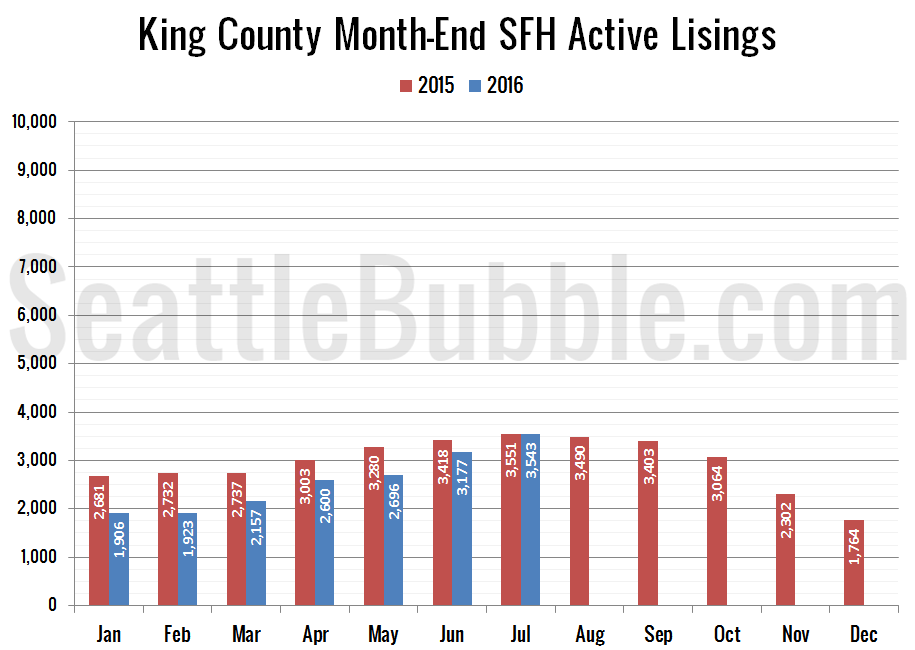 With July officially in the books, let’s have our first look at how the month’s real estate stats stack up. First up, here’s the snapshot of all the data as far back as my historical information goes, with the latest, high, and low values highlighted for each series: 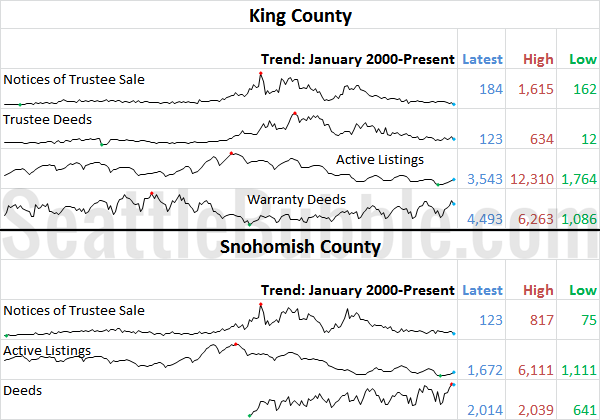 It seems like buyers in King County may have finally had enough. Sales dropped considerabily from June to July, and were down year-over-year, while inventory jumped double digits month-over-month for the second month in a row, coming within a few homes of break-even for the year. Snohomish County was a different story, with sales up year-over-year and inventory still way down. 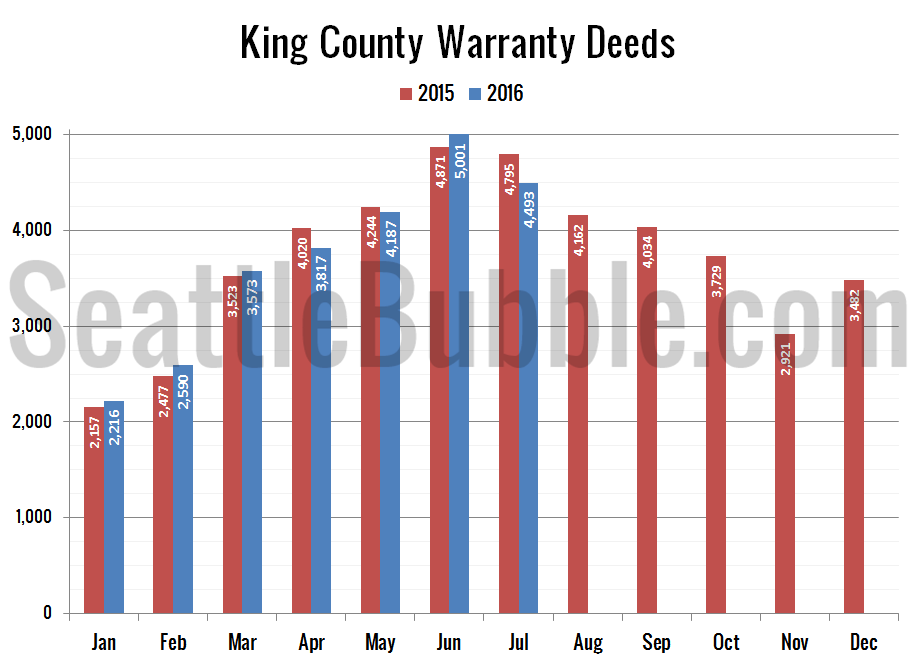 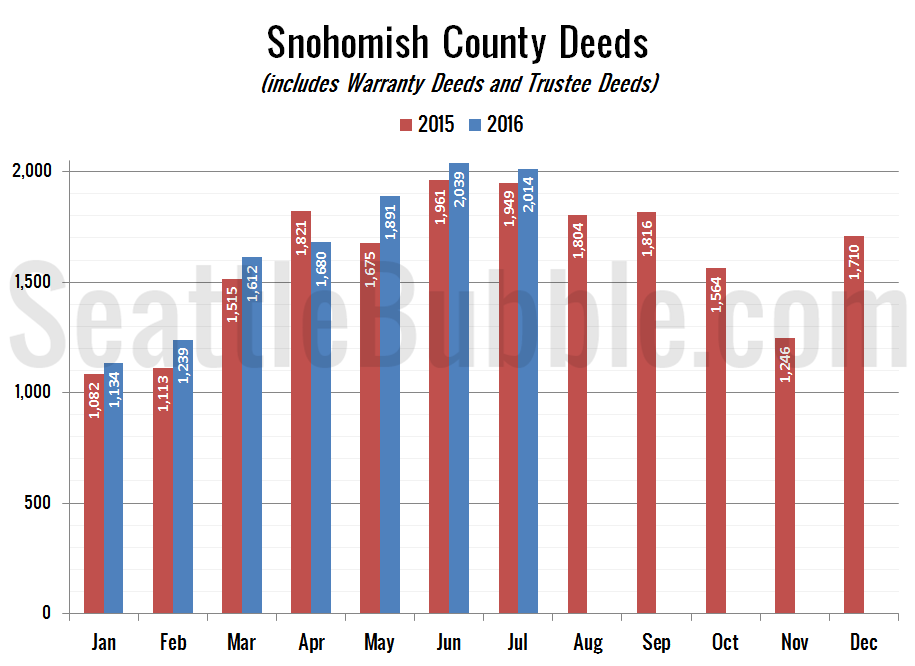 Deeds in Snohomish fell 1 percent month-over-month (roughly the same as that period last year) and were up 3 percent from July 2015. The July sales level was only slightly below the all-time record set in June. 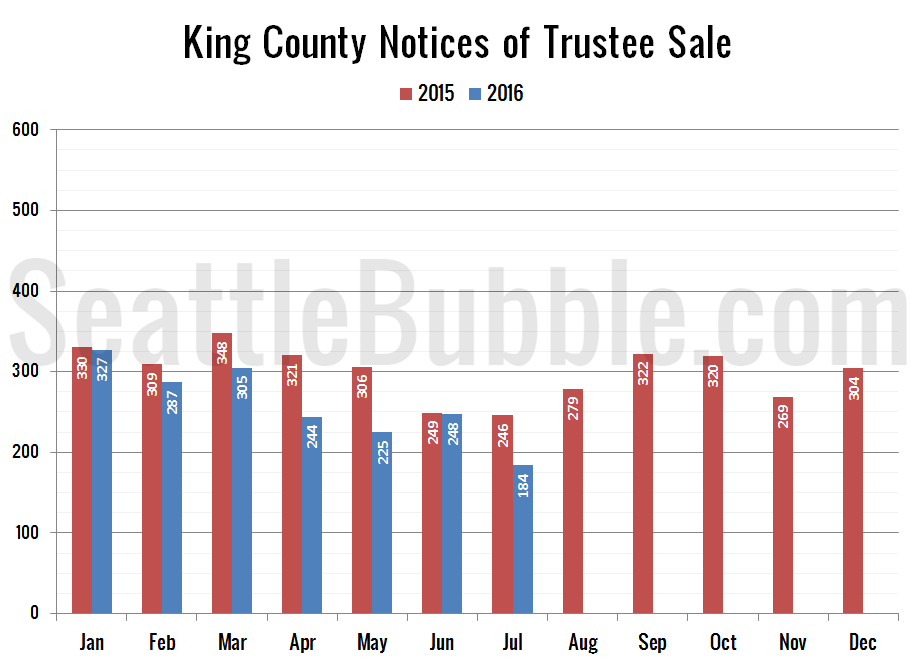 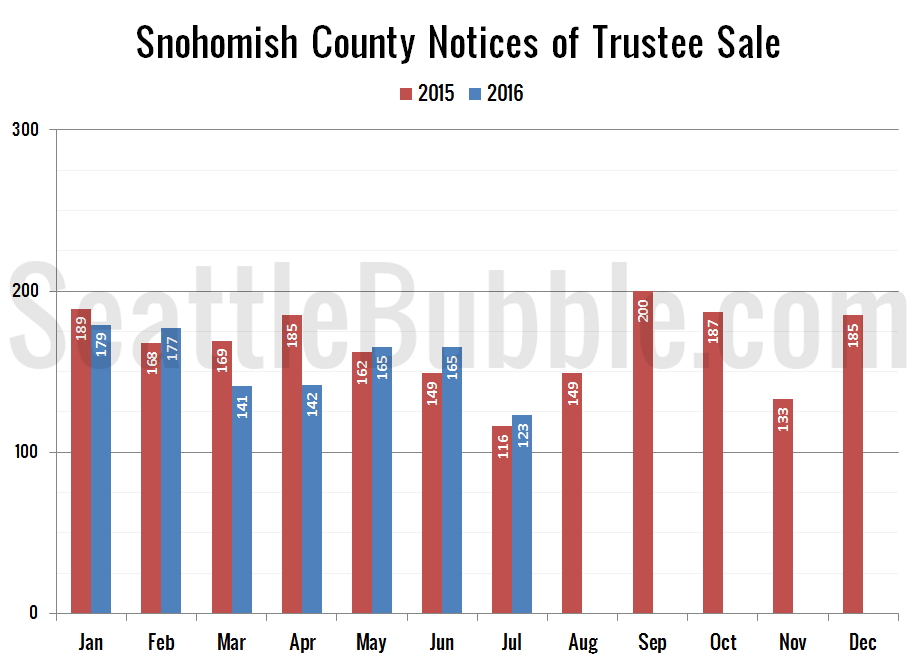 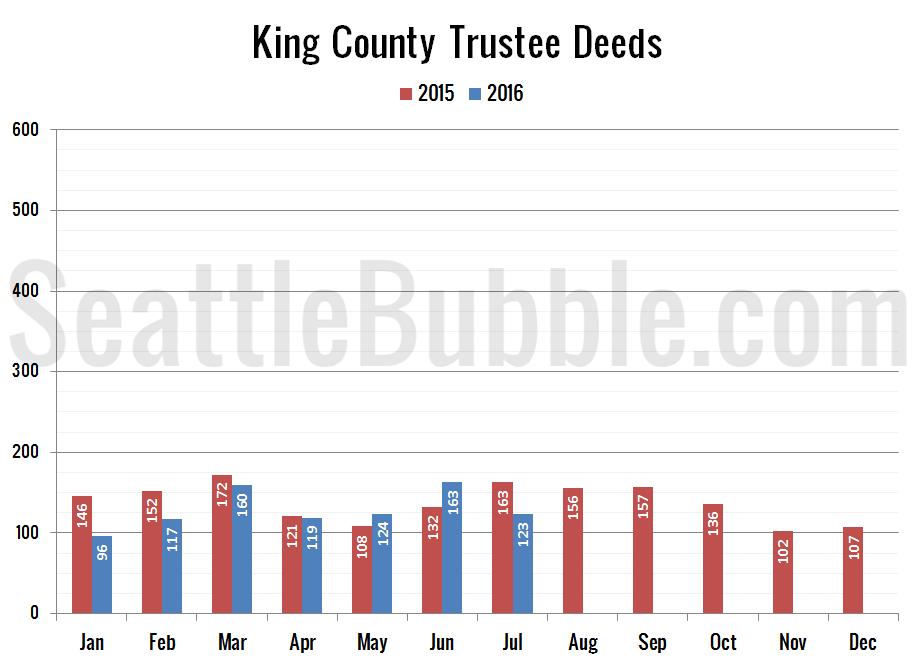 Trustee Deeds were down 25 percent from a year ago. 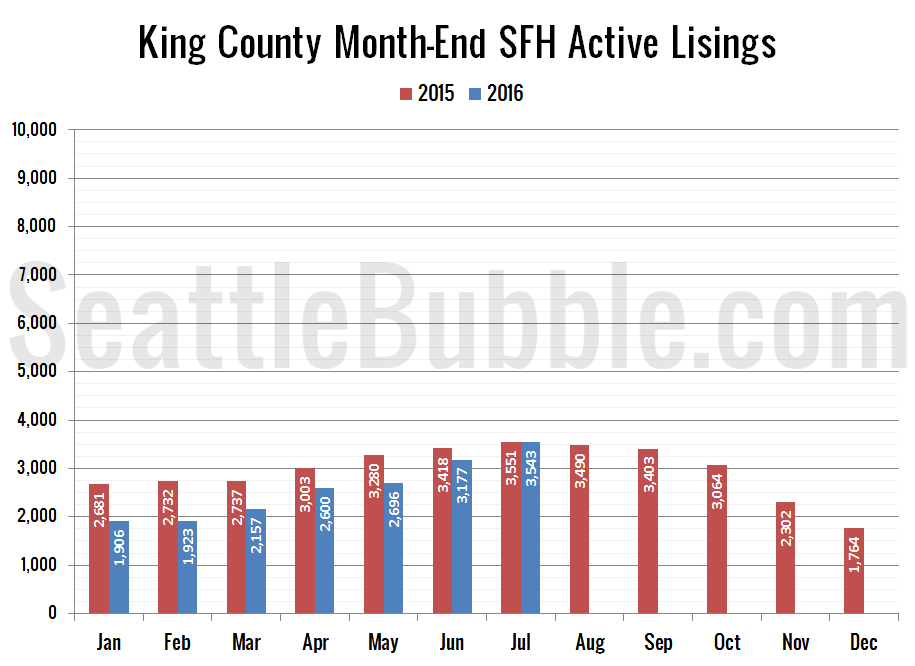 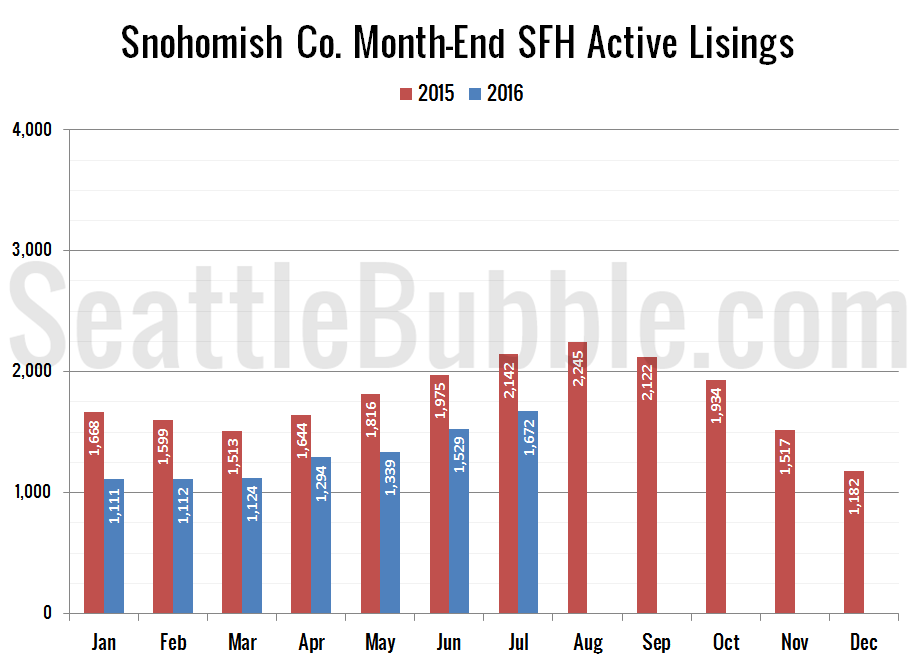