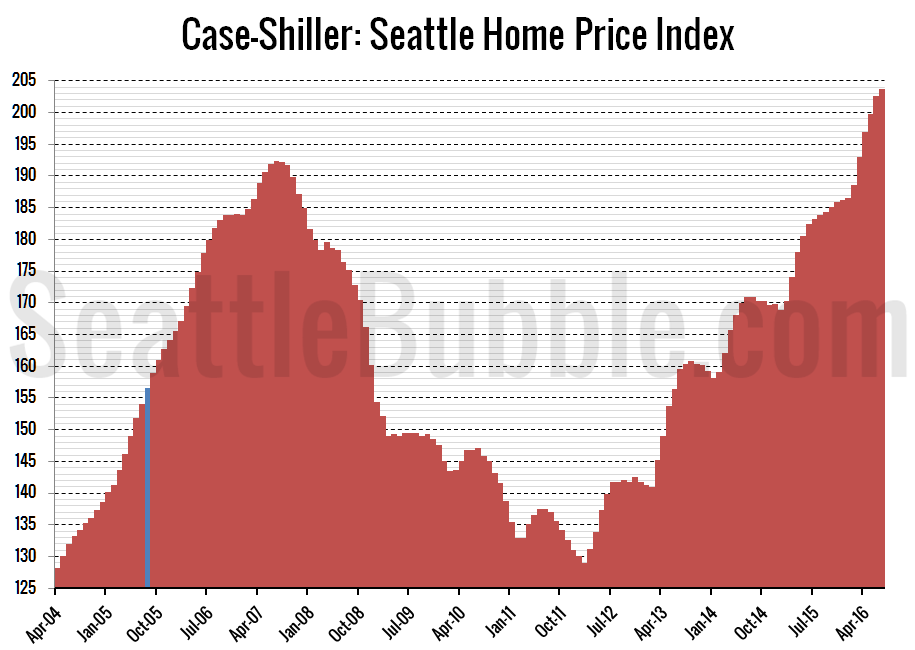 The Seattle area’s Case-Shiller home price index hit yet another new all-time high in July, and turned in stronger numbers than a year ago across the board. Again. This matches with the July data we’ve already seen from public records and NWMLS. 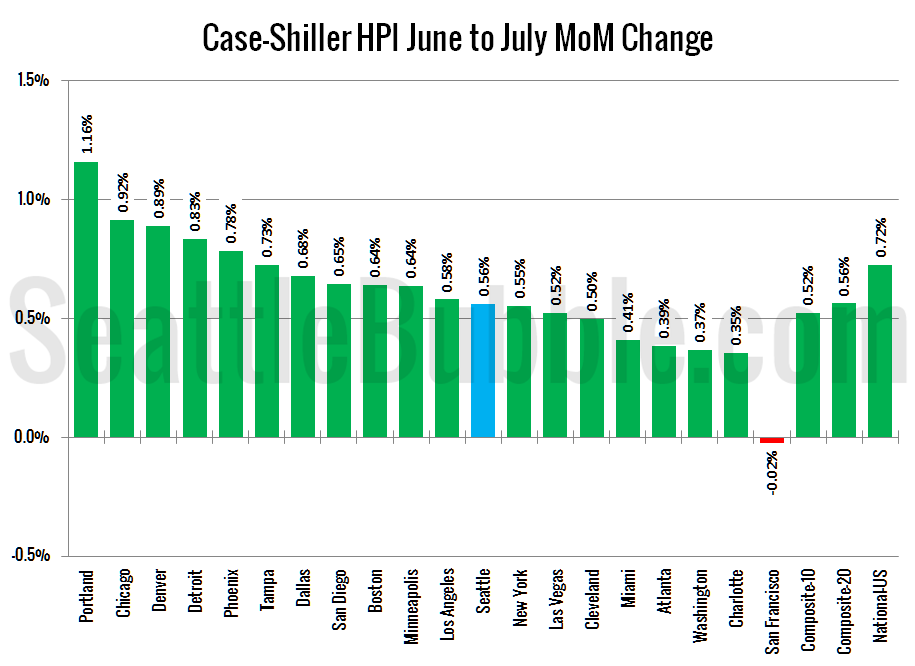 In July, there was still just one of the twenty Case-Shiller-tracked metro areas that gained more year-over-year than Seattle (the same as February through June):

The Northwest: Still literally the envy of other states.

Here’s the interactive chart of the raw HPI for all twenty metro areas through July. 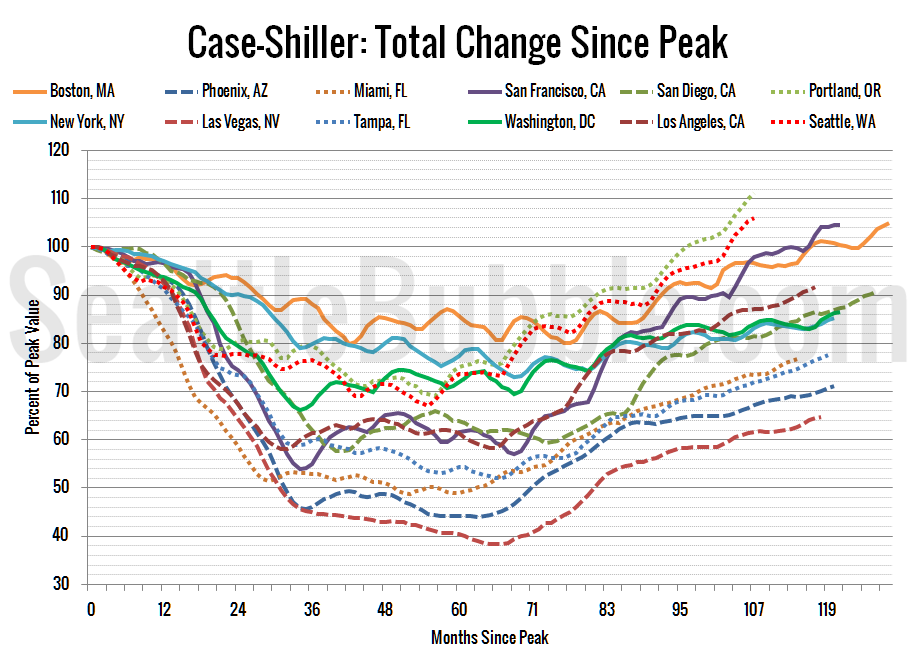 In the 108 months since the price peak in Seattle prices are up 5.9 percent. 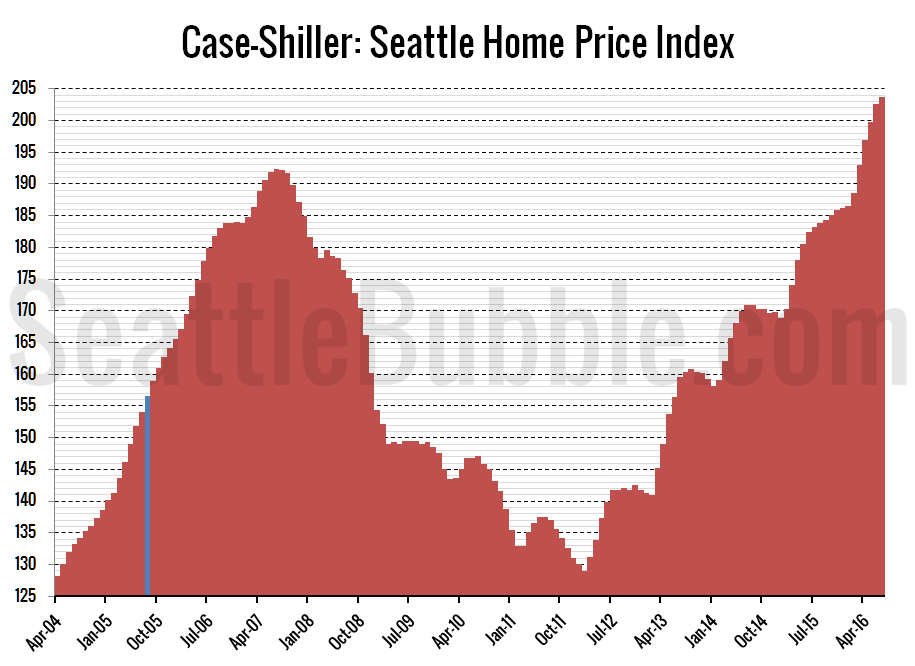